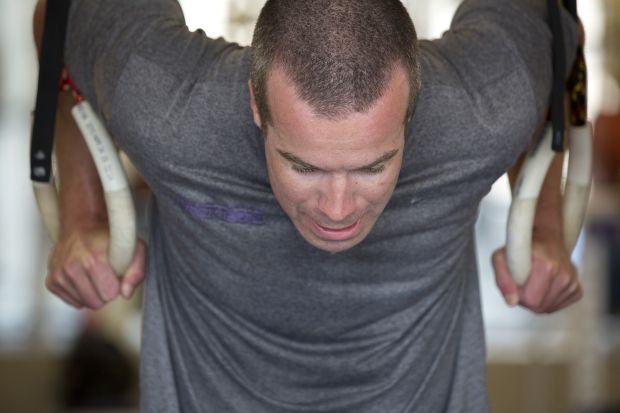 WASHINGTON (CNS) — Catholic priests are not immune to the more sedentary lifestyle affecting much of society today, brought about by technological advances over the past century.

Several priests Catholic News Service interviewed talked about the need to stay physically fit to ward off illnesses and avoid being overweight.

To many of them, physical health is as important as spirituality, and if they take care of themselves they can better serve the church.

Msgr. Rick Hilgartner, executive director of the Secretariat of Divine Worship for the U.S. Conference of Catholic Bishops, called it being “a good steward of the gift God has given me — the gift of myself, my body, who I am as an instrument for the Lord.”

In general, officials in the Catholic Church are concerned about the physical health of seminarians and priests, according to Father John G. Guthrie, associate director of the Secretariat of Clergy, Consecrated Life and Vocations for the U.S. Conference of Catholic Bishops.

There appears to be a reason for this concern.

A United Nations report released in July 2013 put the U.S. obesity rate at 31.8 percent, making it second only to Mexico in the Western Hemisphere, excluding Belize and some small Caribbean Islands.

A 2009 study of the psychological and spiritual health of priests — conducted by Msgr. Stephen Rossetti, a clinical associate professor of pastoral studies at The Catholic University of America — found that 46 percent of the nearly 2,500 priests surveyed identified themselves as overweight. That same study found that 26.3 percent of the priests surveyed listed themselves as obese, and 3.4 percent reported having a body mass index indicating they were morbidly obese.

These statistics show that U.S. priests are among those affected by the obesity epidemic in the country and church leaders are searching for ways to encourage priests and seminarians to live healthier lifestyles.

It’s one of the reasons that rectors of U.S. seminaries are stressing the importance of physical health to all seminarians, Father Guthrie said.

“The program for priestly formation asks seminarians applying for seminary to have a full physical to make sure they are in physical good health, because physical health is important, right from the get go,” he told CNS.

NEXT: Priests find physical health to be as important as spirituality