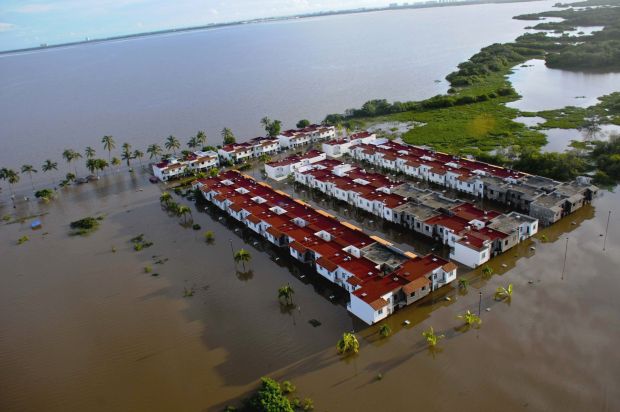 MEXICO CITY (CNS) — The Archdiocese of Acapulco has suspended church services and instructed priests to turn their parishes into support centers after torrential rains on one of the busiest weekends of the year left the city cut off from other parts of Mexico.

The flooding forced residents to flee to safer ground and trapped thousands of tourists in what is normally a busy vacation period.

Mexicans across the country opened collection centers to support those affected by the storms. Caritas Mexico, the church’s charitable arm, opened a bank account and requested cash donations, saying goods would be too difficult to transport into the affected areas.

“The best way to bring our help is through economic resources that facilitate the support and reactivation of the local economy,” the bishops said in a Sept. 17 statement.

“In this situation … it is time to invoke divine help and invite bishops, priests, deacons, consecrated persons, faithful laity and all people of good will to show solidarity with those that are suffering this emergency.”

Pope Francis also expressed solidarity with those affected by the twin storms.

“His Holiness Pope Francis … offers fervent prayers for the eternal rest of the deceased. At the same time, he asks God for his comfort for those suffering these serious misfortunes and to increase sentiments of fraternal solidarity in all people of good will to collaborate decisively in the reconstruction of the affected areas and effectively help those in pain and desperation,” the Vatican said in a Sept. 18 statement signed by Cardinal Tarcisio Bertone, secretary of state.

Tropical Storm Manuel dumped up to 24 inches of rain on Mexico’s Pacific Coast, provoking floods and mudslides in the states of Oaxaca, Guerrero, Puebla, Hidalgo, Michoacan and Veracruz. At the same time, Hurricane Ingrid hit the Gulf Coast side of the country. 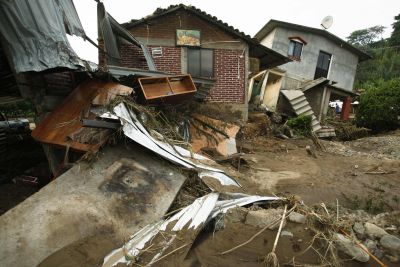 Bishop Oscar Armando Campos Contreras of Tehuantepec in hard-hit Oaxaca, meanwhile, called for the faithful to step up efforts to help those forced to flee.

“I want to motivate Christian solidarity to support the recuperation, above all, (for) the persons that have lost a good part of their belongings and additionally lack the resources to rebuild what’s damaged,” Bishop Campos Contreras said in a statement.

“I want to express our presence in support and closeness in a direct way to all those affected by the torrential rains and especially those that have been left homeless or have lost loved ones,” he said.

It is the first time in more than 50 years that two storms struck Mexico on opposite coasts at the same time, according to federal officials.

The Interior Ministry estimated 1.2 million Mexicans were affected by the storms, while at least 80 lives were likely lost. The storm trapped an estimated 40,000 tourists in Acapulco for the long Independence Day weekend as the sections of the Mexico City highway were wiped out.

Although once the granddaddy of Mexican destinations, Acapulco now draws mostly domestic tourists from Mexico City and its environs, a five-hour drive to the north.

NEXT: Pope, in Sardinia, denounces globalization and unemployment