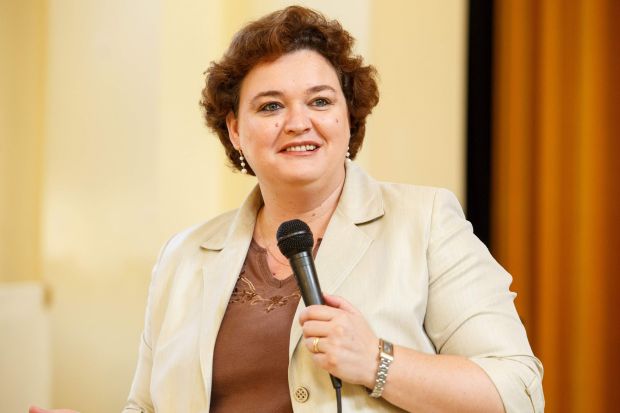 ST. AUGUSTINE, Fla. (CNS) — The fact that Spanish-speaking and Latino Catholics are fast becoming a major segment — already about one-third — of the Catholic population in the U.S. wasn’t lost on a range of Catholic Hispanic leadership gathered Oct. 17-20 for a regional encounter.

“This growth is a blessing, but also it comes with a lot of challenges: We need to find a way to integrate the Hispanic community in fullness into the life of the church in the United States,” said Gustavo Valdez, a director of Hispanic ministry for the Diocese of Charleston, S.C., which encompasses the entire state of South Carolina.

“We see the problem that the Hispanic community is growing in its own way and the Anglo community is trying to maintain parishes in the U.S., but we may not have that communion of communities, and sometimes we are trying to assimilate each other,” Valdez said.

Valdez was among more than 150 leaders in Hispanic ministry who met in St. Augustine to share their pastoral and communications strategies — including many social media and Internet-based tools — and to take up the challenge to help step up the pace and effectiveness of Hispanic church leadership across the country.

“We are universal and that means we have to work in a way that we can live together as a Christian community, as a Catholic community and accept each other as God’s gift; we compliment and enrich each other and only when we are together can we help the church to grow,” said Valdez, reflecting on the issue of integrating Anglo and Latino U.S. Catholics.

He made the comments in an interview with The Florida Catholic, the newspaper of the Miami Archdiocese and other Florida dioceses.

The Southeast Pastoral Institute was created by the U.S. bishops to help nurture ministry initiatives and educational programming in support of Hispanic church life in nine U.S. states. 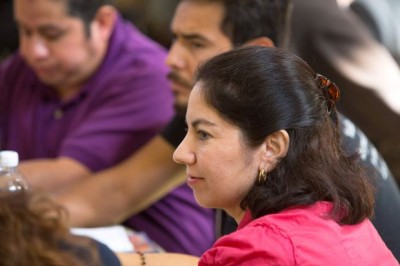 After an opening outdoor Mass celebrated by St. Augustine Bishop Felipe J. Estevez and Orlando Bishop John G. Noonan at the historic Shrine of Our Lady of La Leche, where historians believe Spanish explorers celebrated the first Mass on what later became the continental U.S.

Participants also heard from a range of speakers that included Mar Munoz-Visoso, executive director of the Secretariat for Cultural Diversity in the Church of the U.S. Conference of Catholic Bishops.

“We have a sizable group of leaders here all committed to the new evangelization and we had very good discussions that they need to grow and be ministers for the entire church in the different ministries, religious education, liturgy offices and to promote vocations to the church,” Munoz-Visoso told The Florida Catholic.

She asked participants to go home and do an inventory of what kind of knowledge, attitudes and skills they need to be “good agents of the new evangelization and to be good missionary disciples.”

“Because a poorly educated leadership is a poor leadership and so we need to prepare ourselves to be servants in the church; we need to form and educate ourselves with a lot of prayer, training, certification programs and also to identify among ourselves who can make a good leader in our Latino communities and more broadly,” Munoz-Visoso said.

Munoz-Visoso, who is a native of Spain and a past assistant director of media relations at USCCB, said the Southeast Latino communities in Florida especially are already accustomed to a very diverse Hispanic Catholic presence.

She said other states, such as the Carolinas, that are not historically Catholic areas have been undergoing a kind of “Catholicization” in large part because of the growing presence of Latino immigrants.

Cristina LeBlanc, director of Hispanic ministry for the Diocese of Lafayette, La., which saw a steep increase the number of Central American workers following Hurricane Katrina as well as South Americans displaced by social unrest in places such as Venezuela, said something as simple as text messaging on mobile phones has helped connect the church to Catholic Latinos.

“We have had a much larger challenge to reach out and be able keep people united in our faith because as we well know there are other religions present,” LeBlanc said. “We have a diversity of cultures within the Hispanic community but SEPI trains us to reach out to those different communities with different levels of education, for example.”

Eva Gonzalez, Hispanic ministry director for the Archdiocese of Louisville, Ky., said the event was her first experience with a Southeast Pastoral Institute encuentro and that she was exchanging information with colleagues from neighboring states and dioceses.

“We are sharing and that helps to empower our faith by working in collaboration to accomplish greater things,” Gonzalez said, adding that strong quinceanera preparation retreats and marriage preparation in Spanish are part of the local pastoral plan for Hispanics.

On hand to talk about the pilot Spanish-language launch of Notre Dame’s Satellite Theological Education Program, or STEP, for ministry formation was Esther Terry, coordinator of what is being called Camino at the Institute for Church Life at Notre Dame.

“We have a number of professors who care about Hispanic ministry and pastoral theology and the idea is have an impact on the church at large and at the parish level by working with catechist formation, schools — a total of seven new courses specially created in Spanish,” Terry said.

Tracy is a correspondent for The Florida Catholic, newspaper of the Miami Archdiocese.