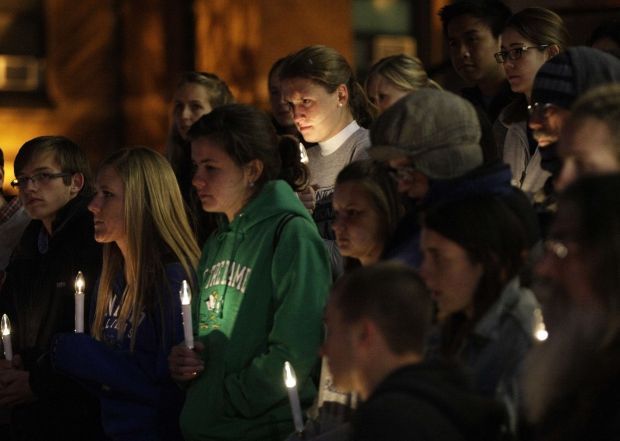 ST. LOUIS (CNS) — The state of Missouri executed convicted murderer Joseph P. Franklin Nov. 20, after two federal judges had issued stays of execution that were reversed by the 8th U.S. Circuit Court of Appeals and vacated by the U.S. Supreme Court.

Franklin was pronounced dead at 6:17 a.m. at the Missouri Eastern Correctional Center in Bonne Terre.

It was the first execution in the state in nearly three years, with delays having occurred after questions about Missouri’s methods of killing inmates sentenced to the death penalty. A new drug was used in the Nov. 20 execution. One of the stays was related to Franklin being one of the plaintiffs challenging the new execution method.

On Nov. 18, Missouri Gov. Jay Nixon rejected a petition for clemency for Franklin.

The Catholic bishops of the state, along with several other religious and civic organizations, had sent Nixon a letter asking for clemency for Franklin, who was sentenced to death for the murder of Gerald Gordon in 1977.

The clemency application reiterated the Catholic Church’s long opposition to the use of the death penalty because it disregards the dignity of human life and continues a cycle of violence.

Nixon stated that clemency “is a power and a process I do not take lightly. Each instance involves a very specific set of facts, which must be considered on its own.” The governor noted that Franklin was sentenced by a jury “to receive the ultimate punishment for committing merciless acts of violence, fueled by hate.” 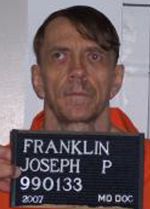 Franklin fired five shots at a group of worshippers leaving a synagogue in Richmond Heights, killing Gordon and wounding two others. This shooting “was only one of many senseless acts of extreme violence that Franklin, motivated by racial and religious intolerance, committed against numerous victims across the country — from Tennessee and Ohio to Utah and Wisconsin,” Nixon stated.

Vigils were held across Missouri to protest the execution. A vigil and prayer service was held Nov. 19 by Missourians for Alternatives to the Death Penalty at St. Francis Xavier (College) Church in Midtown St. Louis. The Students for Life group at St. Louis University had encouraged its members to attend the prayer service before the group’s regularly scheduled meeting.

The bishops of Missouri have stated that the church is opposed to the use of the death penalty because it disregards the dignity and sanctity of human life and, because in the modern justice system, capital punishment is not necessary to protect society. The Missouri Catholic Conference has sought clemency applications to be submitted to the governor in each case.

Vigils were held across Missouri to protest the execution. A vigil and prayer service was held Nov. 19 by Missourians for Alternatives to the Death Penalty at St. Francis Xavier (College) Church in midtown St. Louis. The Students for Life group at Jesuit-run St. Louis University had encouraged its members to attend the prayer service before the group’s regularly scheduled meeting.

“While there’s no issue of innocence, Franklin retains as a human being a fundamental right to life,” said a statement from Rita Linhardt, who is chair of the Missourians for Alternatives group and a staff member of the Missouri Catholic Conference, public policy arm of the state’s bishops. The statement also said Franklin had been diagnosed with a mental illness.

Attorney General Chris Koster announced in August that the Missouri Supreme Court had granted the state’s motion to set execution dates for Allen Nicklasson and Joseph Franklin, both of whom had exhausted all appeals in their death sentences. The court set Nicklasson’s execution for Oct. 23 and Franklin’s for Nov. 20.

In October, Nixon halted the execution of Nicklasson because of concerns about the use of propofol as the execution drug. If the execution had been carried out, Missouri would have been the first state in the nation to use propofol for an execution. (The state Supreme Court has since set Dec. 11 as the new execution date for Nicklasson.)

The Death Penalty Information Center reported that an inspection of compounding pharmacies by the Missouri Board of Pharmacy found about one in five drugs did not meet their standards.

Randy Juhl, the former dean of the University of Pittsburgh’s School of Pharmacy, questioned whether the statute that regulates compounding pharmacies allows them to legally provide drugs for an execution, since it requires that a prescription be “issued for a legitimate medical purpose.”

Missouri has executed 69 inmates since 1976. Nearly 50 inmates are on death row, and three inmates have been released from death row after appeals.

Franklin also was convicted for the murder of two African-Americans in Utah, the murder of an interracial couple in Wisconsin and the bombing of a synagogue in Tennessee.

NEXT: Priest’s presence seen as comfort for Kennedys upon return from Dallas