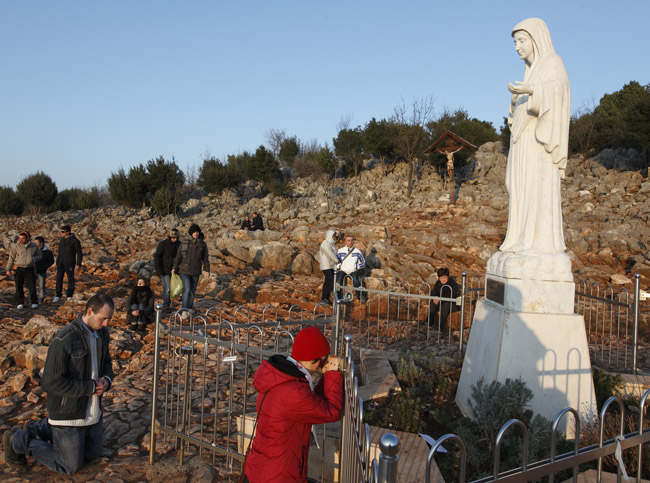 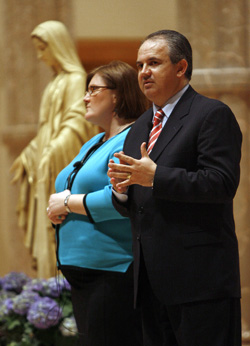 WASHINGTON (CNS) — The Vatican ambassador to the United States has reminded U.S. Catholics that the Vatican has not recognized alleged Marian apparitions in Medjugorje, Bosnia-Herzegovina, as authentic.

Archbishop Carlo Maria Vigano, apostolic nuncio, wrote to Msgr. Ronny Jenkins, general secretary of the U.S. Conference of Catholic Bishops, and told him the reminder came as one of the visionaries was scheduled to tour U.S. parishes. 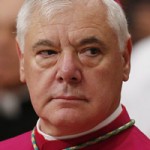 Archbishop Gerhard Muller, prefect of the Congregation for the Doctrine of the Faith. (CNS photo/Paul Haring)

He said the reminder was being sent at the request of Archbishop Gerhard Muller, prefect of the Vatican’s Congregation for the Doctrine of the Faith, which has said it was not yet possible “to state that there were apparitions or supernatural revelations” by visionaries in Medjugorje, Yugoslavia.

The letter said the visionary, Ivan Dragicevic, would make presentations about Medjugorje, where six village children said they first saw Mary in June 1981. Archbishop Vigano’s letter said, “It is anticipated, moreover, that Mr. Dragicevic will be receiving ‘apparitions'” during his parish visits.

Most of the Medjugorje “seers” have said the apparitions have continued every day for years. Three say they still have visions each day, while the other three see Mary only once a year now. All six are now married and have children.

A blog on the National Catholic Register site said Dragicevic’s U.S. tour was canceled after the letter was sent. The blog included a photocopy of the letter sent to Msgr. Jenkins, and Catholic News Service confirmed the authenticity of the letter.

A Vatican commission of cardinals, bishops, theologians and other experts, working under the auspices of the doctrinal congregation, is studying the events at Medjugorje.

While the Vatican has said dioceses should not organize official pilgrimages to Medjugorje, it has said Catholics are free to visit the town and pray there, and that the Diocese of Mostar-Duvno and the town’s Franciscans should organize pastoral care for them.