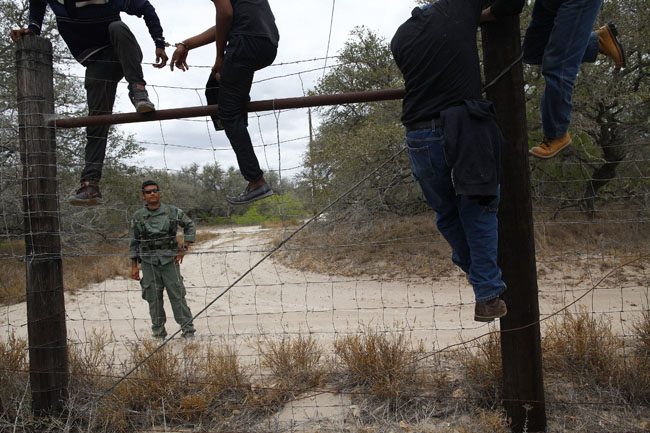 WASHINGTON (CNS) — The last time Congress attempted a full-blown fix of immigration law in 1986, the major accomplishments were that a few million people won legal status and some employment verification systems were created, but the legislation proved inadequate to repair systemic problems, according to panelists at a migration law and policy conference.

As advocates for comprehensive immigration reform work toward getting definitive congressional action on pending bills this year, panelists and keynote speakers at the 10th Annual Immigration Law and Policy Conference at Georgetown University discussed the prospects for success, while others reviewed what happened last time around.

Sen. John McCain, R-Ariz., one of the keynote speakers, told the audience of several hundred immigration attorneys and policy advocates that he remains optimistic the House and Senate can come to terms on legislation that addresses the complexities of the status quo.

The issue “is not going away,” said McCain. “It’s not going to self-destruct. I will remain optimistic.”

McCain cited a report by the nonpartisan Congressional Budget Office saying the provisions in the Senate bill would reduce the deficit, add to the Social Security trust fund and cause the economy to grow by allowing people who now live “in the shadows” to participate more fully.

The Senate in June voted 68-32 to pass a bill that would ramp up southern border enforcement, while providing a path to legalization and possibly citizenship for many of the 11 million immigrants who are in the U.S. illegally. It also would revamp the systems for immigration based on family reunification, farm labor and temporary work; give millions of young adults a quicker path to citizenship under the DREAM Act; and make other changes to employer verification and detention policies.

House Speaker John Boehner, R-Ohio, has said he would not put that bill to a vote unless a majority of his party supports it. Meanwhile, efforts by a bipartisan working group to craft a House bill fell apart late in the summer and members of the Democratic caucus introduced their own bill, which closely mirrors the Senate version. Advocates have been pushing legislators to support that bill, with a handful of Republicans now among the 189 co-sponsors.

Other Republican House members have introduced a variety of bills that would deal with pieces of the immigration situation. Many advocates for reform have said they will only support a one-bill comprehensive approach, lest crucial pieces, such as a path to legalization and citizenship, get lost in the process.

In a panel discussion shortly before McCain spoke, Temple University law professor Jan C. Ting, a former assistant commissioner of the Immigration and Naturalization Service, said the 1986 law “had a lot of wishful thinking” that didn’t quite play out as hoped.

“I think there’s a lot of wishful thinking again,” he added.

He said past experience for the U.S. with trying to manage immigration with some limits leads him to conclude the core question to be addressed first is whether the country supports unlimited immigration or is willing to firmly turn away more people than it ever has.

He said there are strong arguments on both sides. The open immigration policy that existed for most of U.S. history has valid humanitarian arguments, for instance, he said. But with a “tremendous movement of people” now going on worldwide, if the U.S. seeks to limit how many people can come in, it’s going to have to commit to a hardcore approach to enforcement.

“The root of our problem,” Ting said, “is we’re not for unlimited migration but we’re unwilling to turn away all but a limited number.”

Experience with the Immigration Reform and Control Act of 1986, or IRCA, argues that the multi-pronged approach to reform doesn’t work.

For instance, said Ting, massive enforcement — including throwing billions of dollars and thousands more Border Patrol agents at the U.S.-Mexican border — “by itself can never work.” Illegal immigration comes about in a variety of ways, he said, and efforts to close the border will only result in traffic shifting to other places.

The third leg of IRCA — amnesty it granted to about 3 million immigrants — also was problematic, according to Ting. He echoed comments by a previous speaker, Muzaffar Chishti, director of the Migration Policy Institute’s office at New York University’s School of Law, saying the last lawsuits over legalization under IRCA were settled decades after it passed.

Border enforcement was the topic of a final panel of the daylong conference, co-sponsored by the Migration Policy Institute, the Catholic Legal Immigration Network Inc., the Center for Migration Studies and Georgetown Law.

Edward Alden, a senior fellow at the Council on Foreign Relations, said border enforcement today is nothing like the situation in 1986, when visa reviews were cursory and people could walk across the border without scrutiny nearly anywhere.

With huge staff increases at the Border Patrol, secure fencing across hundreds of miles of the Mexican border, and billions of dollars worth of electronic surveillance and other technology, the likelihood of getting into the U.S. illegally is much, much smaller, he said. But the question of how to quantify a “secure border” is impossible to answer, he added.

Michael J. Fisher, chief of the U.S. Border Patrol, told of being asked by a police officer how many people get across the border illegally without being stopped. His reply, he said, was to ask the officer how many crimes are committed in his city that don’t result in a 911 call.

Fernando Garcia, executive director of the Border Network for Human Rights in El Paso, Texas, said the situation in his city shows that quantity of enforcement measures is no substitute for quality. By working on community relations with Border Patrol, Garcia said, activists in El Paso have made great progress in reducing conflicts stemming from racial profiling or mistreatment of people who are stopped.