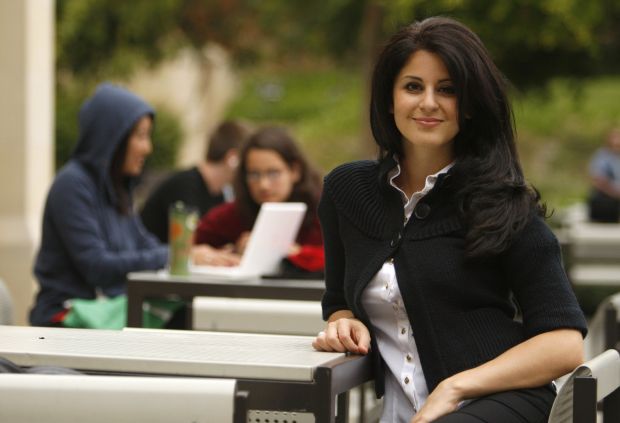 CRANBERRY TOWNSHIP, Pa. (CNS) — Lila Rose, founder of the pro-life group Live Action, said the organization’s mission is to protect those who can’t protect themselves, but it’s also to expose “a truth.”

The work of Live Action — www.liveaction.org — involves investigative and undercover journalism, national and international media outreach, and youth education programs to spread the pro-life message. Its videos have shed light on illegal and unethical practices in the abortion industry.

A typical undercover investigation involves a young woman posing as a teenager who is seeking an abortion. The object is to see if all laws are followed by the abortion facility.

“What we’re doing is trying to protect those who have no way to protect themselves, and not just that, but we’re actually exposing a truth,” Rose said in a recent keynote speech at a Pennsylvania Pro-Life Federation banquet in Cranberry Township, near Pittsburgh.

“We’re holding up a mirror by presenting real-world situations to abortion workers of what they are dealing with every day, and we hold up a mirror to see how they really respond to expose that to the world and to, in effect, the abortion worker,” she said. “And it helps them to see the evil they’re involved in.”

In her speech, Rose traced her journey to the Catholic Church, saying she grew up one of eight children in San Jose, Calif., in a Protestant household. Her parents made sure to have books by C.S. Lewis, G.K. Chesterton and the Fathers of the Church available for their children.

“So I was being intellectually convinced without really understanding the practice of the Catholic faith because I wasn’t a confirmed Catholic,” said Rose, 25.

It wasn’t until she enrolled at the University of California at Los Angeles that she began to look for the kind of faith community she was seeking. After attending various Protestant churches, she came across a women’s Opus Dei Catholic center near the campus. There she found a mentor.

“And then I started in earnest, meeting with a priest and getting to understand more of certain tenets of Catholic teaching that I still was shaky on,” she said during an interview with the Pittsburgh Catholic, diocesan newspaper, before the banquet. “My hunger began to grow by leaps and bounds to receive the Eucharist and make a confession, so within a year and a half I was received into the church.”

Her outlook fit perfectly with the Catholic Church, which has guided civilizations for thousands of years in how to deal justly with the poor and weak. Even America’s Founding Fathers, though they weren’t Catholic, understood that human rights and responsibilities are derived from God, Rose said.

“That’s why it isn’t just a matter of faith, it’s also a matter of reason,” she said, “and that reason I think should be guiding our government, and that’s why we’re in this battle for life because it is an anti-science, anti-reason and ultimately an anti-love creed to say we can kill the littlest ones in our society.”

As a young adult, Rose is enthusiastic about the future of the pro-life movement. She spoke in May at a March for Life rally in Italy that attracted about 40,000 people from all over Europe, which was four times the number from the previous year.

She sees a growing youth movement among those who are becoming involved in pro-life work.

“Young people have had enough of the culture of death, and they want something more for their lives,” Rose said. “Unhappiness is at an all-time high and a sense of unrest because we’re not happy with material goods and a sex-anywhere-with-anyone-anytime culture that doesn’t value ourselves and ultimately leads to the abortion of millions. That doesn’t bring us true happiness, it certainly doesn’t bring peace.”

Live Action is busy using new media to showcase its investigative work and offer educational content. Its Facebook page has more than 600,000 followers and its news website, www.liveactionnews.org, is growing every year, she said. The group’s national magazine, The Advocate, is distributed at several hundred high schools and college campuses. And Rose may be working on a book in 2014.

She sees her job as keeping up with it all, and praying. “Never let busyness become an excuse for not praying.”

NEXT: Faith forms bedrock of who they are, say Catholic youths at conference