Pope to set up advisory commission on sexual abuse 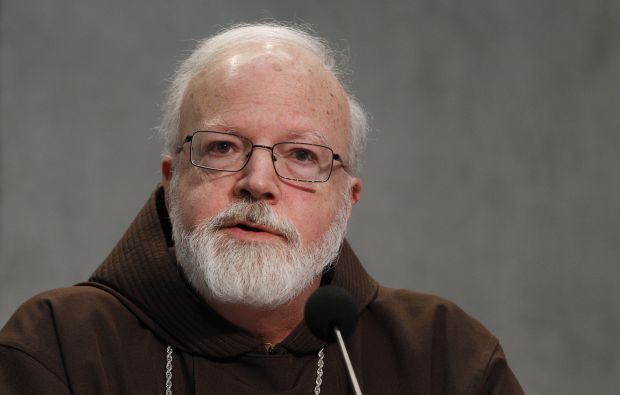 VATICAN CITY (CNS) — Pope Francis accepted a proposal to set up a special commission on the sexual abuse of children, which will advise him on ways to prevent abuse and provide pastoral care for victims and their families.

Cardinal Sean P. O’Malley of Boston, a member of the pope’s advisory Council of Cardinals, announced the decision at a Vatican briefing for reporters Dec. 5, during a break in the council’s meetings with the pope.

The cardinal said the new commission would continue the work of Pope Benedict XVI against clerical sex abuse, and that among its tasks would be to “study the present programs in place for the protection of children, and to come up with suggestions for new initiatives” by the Vatican, in collaboration with national bishops’ conferences and religious orders around the world.

According to the Vatican spokesman, Jesuit Father Federico Lombardi, Pope Francis heard the proposal on the afternoon of Dec. 4, during the second of three days of meetings with his 8-member Council of Cardinals, and announced his decision to the council the following morning.

The council, which the pope formally established in September to advise him on church governance and reform of the Vatican bureaucracy, was holding its second round of meetings, following an initial three-day session in October.

Cardinal O’Malley said the new sex abuse commission would be of international composition, consisting perhaps of 12 members, including lay people, members of religious orders and priests. The members will be persons with “competence in the safety of children, relations with victims, mental health, law enforcement” and other relevant subjects, he said.

The new body will not take over the Congregation for the Doctrine of the Faith’s authority for disciplining abusive priests, and local bishops will remain responsible for the safety of children in their dioceses, the cardinal said; but the “Holy See will try to be helpful and help to identify best practices.”

The cardinal said he did not know whether the commission would play any role in disciplining bishops who fail to prevent or punish sex abuse by those under their authority.

In 2011, the Vatican instructed the world’s bishops’ conferences to establish formal guidelines on dealing with clerical sex abuse, but reported in February 2013 that about a quarter had failed to comply.

Asked whether the new commission was intended to fill a particular gap in the church’s response to the problem, Cardinal O’Malley said the Vatican’s focus so far had been on legal procedures, and that the new body would represent a more pastoral approach.

The cardinal said the commission would study a number of areas, including programs to educate pastoral workers in signs of abuse, psychological testing and other ways of screening candidates for the priesthood, and the church’s “cooperation with the civil authorities, the reporting of crimes.”

Archbishop Joseph E. Kurtz of Louisville, Ky., called the pope’s decision to establish the commission “a most welcome initiative.”

“Abuse of minors is a sin and a crime, and every step must be taken to eradicate this blight. Such abuse is especially grave when committed by anyone in ministry in our church,” the archbishop said in a statement released in Washington. He is president of the U.S. Conference of Catholic Bishops.

“The problem of sexual abuse of minors exists throughout society and every effort must be made to protect children, particularly within the church,” he added.

The commission represents a needed international, broad-based approach to address “this horrific problem,” said Archbishop Kurtz, pledging the “full cooperation” of the U.S. bishops’ with its work.

“In the United States, we have learned of the importance of background checks, education of children and adults on child safety, the swift removal of offenders, and the need for the church and civil authorities to work together,” he added. “While these efforts have resulted in a dramatic reduction, much work remains to be done.”