‘No sacrifice too great’ for pro-life cause, says March for Life head 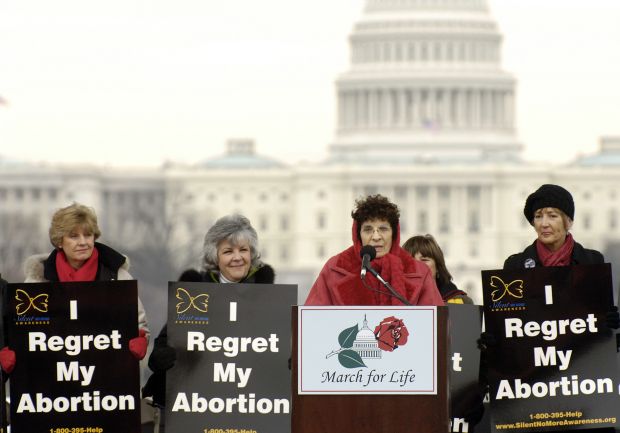 Nellie Gray, 84, a pro-life leader who founded the March for Life in 1974, addresses the crowd during the annual rally on the National Mall in Washington Jan. 22. (CNS photo/Leslie E. Kossoff-Nordby)

WASHINGTON (CNS) — The polar vortex couldn’t chill the ardor of thousands of participants who demonstrated their determination to continue speaking out against abortion at the annual March for Life and rally Jan. 22 in Washington.

Temperatures went briefly into double digits but hovered around 8 degrees.

At the rally, speakers highlighted the tenacious determination of the crowd — dressed in coats, scarves, hats and gloves — huddled together on the snow-covered National Mall. They likened the crowd’s bravery to the firm resolve they have shown in their efforts to change abortion laws and promote a culture of life in the U.S.

The rally began at noon, prior to the crowd’s march to the U.S. Supreme Court to protest the court’s 1973 Roe v. Wade decision legalizing abortion, and it had a different feel this year, not simply because of the cold but in the variety of speakers.

Other bishops stood on the Mall with groups from their dioceses, like Bishop Kevin C. Rhoades of Fort Wayne-South Bend, Ind. He also was a concelebrant at one of the pro-life youth rallies and Masses held across town earlier that morning and sponsored by the Washington Archdiocese. Among other Catholic prelates at those events were Bishops David A. Zubik of Pittsburgh, David L. Ricken of Green Bay, Wis., and Robert J. Baker of Birmingham, Ala.

Under a blue and sunny sky, Christian singer and songwriter Matt Maher attempted to warm up the crowd while playing a guitar with fingerless gloves. “We’re all really cold,” he acknowledged, adding that the reason they had gathered was to “demonstrate to the world how much we need God.”

Patrick Kelly, chairman of the March for Life, told the crowd filled with young people that they were “freezing for the best cause in the world.” Jeanne Monahan, March for Life president, thanked the crowd for “braving the extreme elements today.”

“No sacrifice is too great for this cause,” she added. 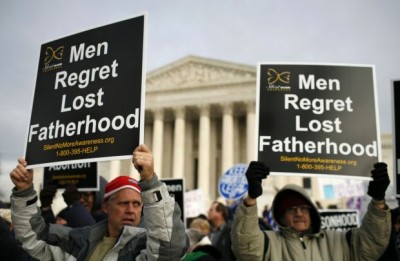 A few times during the hourlong rally, she also advised participants suffering in the cold to visit one of the first-aid warming tents.

Kelly and Monahan stressed a new aspect of this year’s march: tweeting about it with the hashtag #marchforlife or #whywemarch. Marchers cheered as Monahan read a tweet from Pope Francis: “I join the March for Life in Washington with my prayers. May God help us respect all life, especially the most vulnerable.” She urged the crowd to retweet his message.

A March for Life spokeswoman said Jan. 24 that the organization’s official statement about the size of this year’s crowd was “hundreds of thousands.”

The theme of this year’s march was “Adoption: A Noble Decision.”

“When a woman makes a choice to be a birth mother, she embraces motherhood in its most heroic sense,” said Monahan, who also offered support for women who have not chosen life in the past. “For any woman who has had an abortion, you have to know there is hope and healing.”

In his remarks, Kelly noted that the March for Life has a new staff, logo and website and also aims to have a vital social media presence on Facebook, Twitter and Instagram. The goal, he said, is not just for participants to be here once a year but to be in touch with one another “365 days a year to build culture of life in America.”

House Majority Leader Eric Cantor of Virginia said the marchers’ endurance not only gives “voice to the cause of protecting life” but also shows that they are the “strongest weapon” of the pro-life movement. He said he was confident pro-lifers would win the culture war, because the right to life “is a moral truth written at the hands of our Creator.”

Last year, the House passed the Pain Capable Unborn Child Protection Act, and Cantor cited it as an example of changing public opinion on abortion. He exhorted the rally-goers to continue the battle. “We cannot allow the opponents of life to weaken the moral fabric of this country.”

Rep. Chris Smith, R-N.J., criticized President Barack Obama’s Affordable Care Act “for its insurance plans that include abortion,” but he also stressed that “the pro-life movement is alive and well and making serious, significant and sustained progress.”

“In the last three years alone, a record 200 pro-life laws have been enacted in the states,” he noted. “By the grace of God — and because of you, your prayers and hard work — we are winning.”

He also echoed a theme of the day, telling youths in the crowd: “Never quit or grow discouraged, your generation will end abortion.”

The Rev. James Dobson, an evangelical Christian leader and founder of Focus on the Family, said, “Young people, you are the future of the pro-life movement. We will win this fight.”

That message resonated with Nicole Peck, regional coordinator of Silent No More.

Speaking about her abortion, Peck said, “They took my money, my baby, and my self-respect.” She even lost her opportunity to experience childbirth: “I would never conceive another child.”

Nicole and her husband later adopted two children. “Their mothers are our heroes.”

The lyrics of one of the two songs Maher performed to open the rally, “Hold Us Together,” encapsulated the day’s pro-woman, pro-child message: “And I’ll be my brother’s keeper/So the whole world would know we’re not alone.”

Many of the freezing marchers had traveled for days to get to Washington.

Jennifer Camilleri, a freshman at Franciscan University at Steubenville, Ohio, came with hundreds of students from her university. She said that she believed that the Holy Spirit was working through people to encourage them to support life.

Monica Stephens, a 17-year-old student from Grinnell, Kan., in the Salina Diocese, came with her parish ministry group. When asked why she came, Stephens told Catholic News Service: “You have to stand up to help the babies. Apparently, it won’t happen by itself.”

Katie Friess, a recent college graduate from Hoxie, Kan., in the same diocese, said that it is “really important to be here because this is our chance to show the world we are pro-life.”

Jennifer Grant, a senior at Georgia Tech, said that “it is important for youth to be here to show that this matters to us, despite snow and freezing conditions.”

Grant and her classmates drove for 12 hours to attend the march. They dressed as pro-life superheroes, donning yellow tutus and hats.

PREVIOUS: Gov. Cuomo to right-to-life conservatives: Get out of New York

NEXT: Youths must help world see God has plan for ‘each life,’ priest says