Parish reaches out to community after ‘horrific night of violence’ 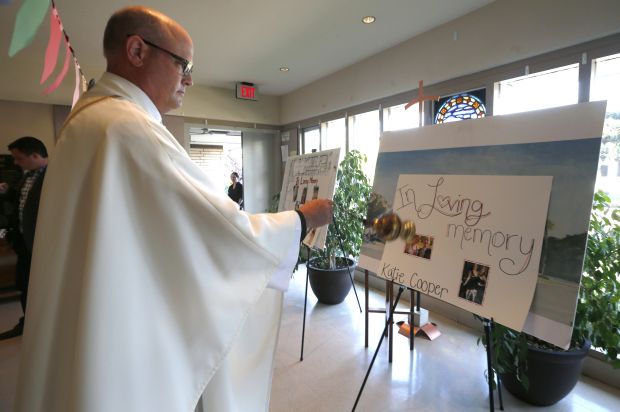 ISLA VISTA, Calif. (CNS) — The pastor of St. Mary’s University Parish in Isla Vista said an evening Mass May 25 for the victims left dead and those injured in a young man’s killing spree May 23.

In a posting on the parish’s website, Father John Love said, “May God bless the deceased with light and peace and bring comfort to their families.”

Father Love offered the parish church as a crisis center where people could seek counseling to deal with the tragedy that left six people dead and 13 wounded.

According to news reports, a 22-year-old identified as Elliot Rodger went on a murderous rampage around 9:30 p.m. May 23 in Isla Vista next to the campus of the University of California at Santa Barbara. Police said Rodger later died of an apparent self-inflicted gunshot wound to the head after a shootout with police.

Before the shooting, Rodger stabbed and killed three university students with whom he shared an apartment.

The Associated Press quoted Sheriff Bill Brown at a news conference the evening of the killing as describing the situation as a “chaotic, rapidly unfolding convoluted incident” that involved multiple crime scenes.

Police said Rodger went from one location to another and opened fire on random people and exchanged gunfire with law enforcement before he crashed his BMW. Brown said the suspect had more than 400 rounds of unspent ammunition in his car.

In a lengthy manifesto the killer had emailed to his parents and a few others before he started his night of violence claimed that being rejected by a girl in middle school had ultimately led him to such rage and taking other people’s lives.

“I started to hate all girls because of this,” he wrote. “I saw them as mean, cruel and heartless creatures that took pleasure from my suffering.”

PREVIOUS: Memorial Day doesn’t stand out for those who never forget the fallen

NEXT: There’s an app for natural family planning, but experts urge caution