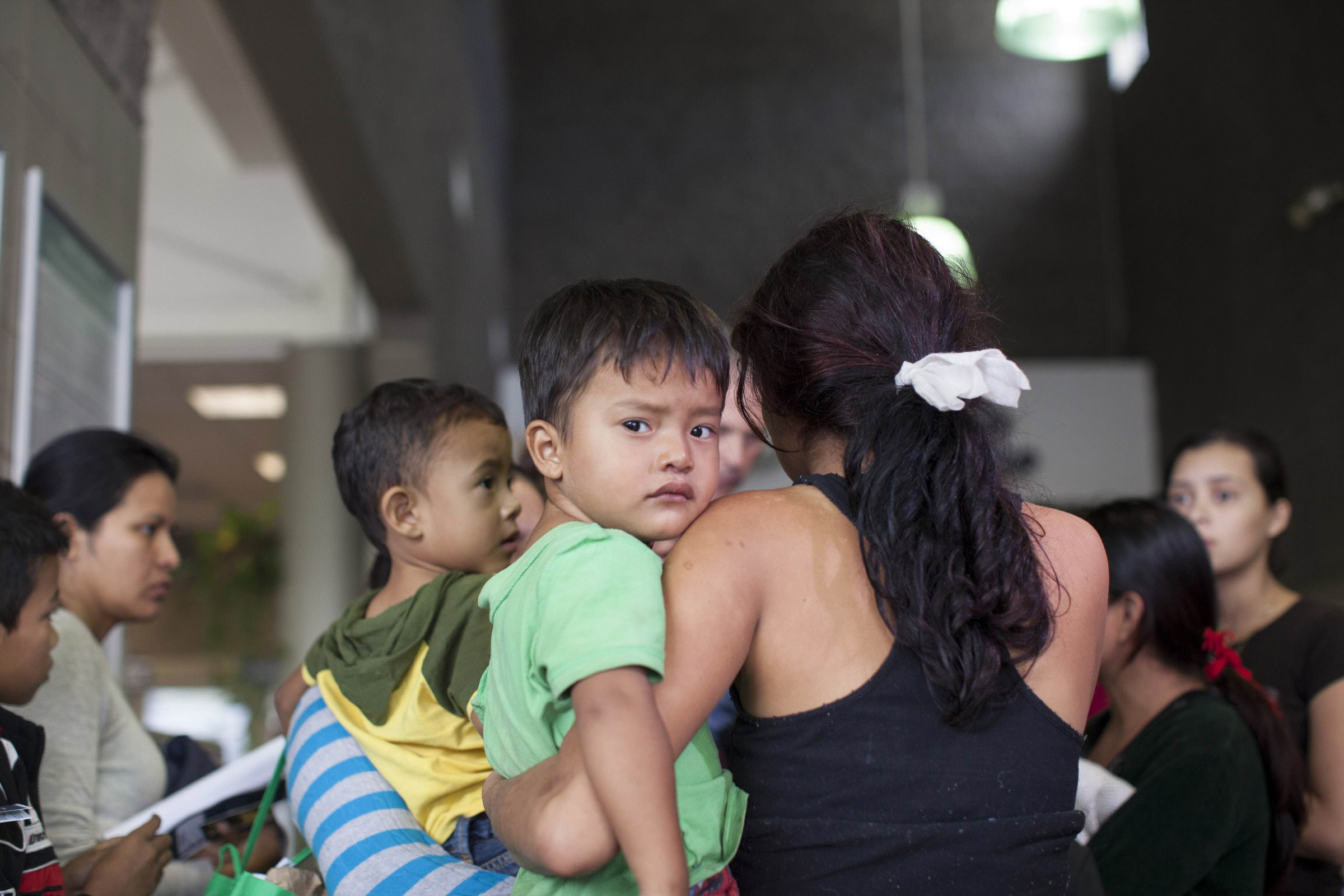 Migrants, consisting of mostly women and children, who disembarked from a U.S. Immigration and Customs Enforcement bus, wait for a Greyhound official to process their tickets to their next destination at a bus station in Phoenix May 29. (CNS photo/Samantha Sais, Reuters)

WASHINGTON (CNS) — There are so many children and young teens from Central America trying to get into the United States on their own that the Federal Emergency Management Agency has been asked to deal with the situation as a crisis.

While he called the administration action a “good first step,” the chairman of the U.S. bishops’ Committee on Migration said the problem of extremely vulnerable children must be addressed at its roots: particularly the violence in the children’s home countries.

(See a related story on how more Americans are witnessing this growing problem.)

Obama administration officials told reporters in a June 2 briefing that 47,017 children traveling without parents or a legal guardian had been caught at the southwestern border since Oct. 1, representing a 92 percent increase over the same period in the previous year. In 2011, the total for the fiscal year was about 6,560 unaccompanied minors caught at the border.

The officials said most come from El Salvador, Guatemala and Honduras, which have dramatic gang violence problems.

He designated the Department of Homeland Security, through FEMA, to organize a response among federal, state, local and other nonfederal entities.

The memorandum said the effort should be unified among: personnel, equipment, facilities, supplies and managerial, technical and advisory service, focused on providing humanitarian relief. That should include housing, care, medical treatment and transportation, the memo said.

In a June 4 statement, Auxiliary Bishop Eusebio L Elizondo of Seattle, who chairs the migration committee, acknowledged the situation “is a very complicated problem,” but that its roots must be addressed by the U.S. and other governments.

“These children are extremely vulnerable to human traffickers and unscrupulous smugglers and must be protected,” Bishop Elizondo said. “Over the long term, the increasing violence from gangs and organized crime in their home countries must be addressed and controlled so they can be secure in their homes.”

Bishop Elizondo said the issue should not become politicized “or give cause for negative rhetoric. It is truly a humanitarian crisis which requires a comprehensive response and cooperation between the branches of the U.S. government. Young lives are at stake.”

The Obama administration was asking Congress to approve $1.4 billion in extra funding to handle the surge of minors at the border.

Juveniles who are detained are put in the care of the Office of Refugee Resettlement, a division of the Department of Health and Human Services. They are housed in shelters of various types until they can be united with parents or relatives, whether in the United States or their home countries.

In May, HHS opened a new shelter for the juveniles at Lackland Air Force Base in San Antonio. It had reportedly already received about 1,000 minors.

Government officials said the average stay in a shelter last year was 45 days.