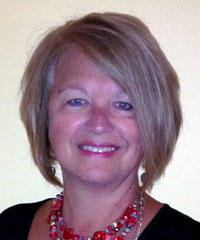 The appointment, which was announced July 14 by the archdiocesan Office of Catholic Education and Faith in the Future Foundation, becomes effective July 28.

“Denise brings to Archbishop Ryan an extensive background in development and institutional advancement, which speaks to our commitment to lead each of our 17 high schools into a mindset of growth and innovation,” said Chris Mominey, chief operating officer for Faith in the future and archdiocesan secretary for Catholic education.

He called LePera “a great example of that commitment. During the search for a new president at Archbishop Ryan the Office of Catholic Education and Faith in the Future sought input from a variety of members within the school community. We are especially appreciative of the Archbishop Ryan Board of Advisors (which) was integral in the recommendation and selection process.”

Her sons Steve (class of 2002) and Dan (class of 2004) are both proud graduates of Archbishop Ryan High School.

The announcement of LePera follows the March appointment of Archbishop Ryan’s former president, Michael McArdle, to the position of director of financial aid for the Office of Catholic Education, which became effective July 1.

NEXT: Talks promote cause of Matt Talbot, model for those in addiction recovery