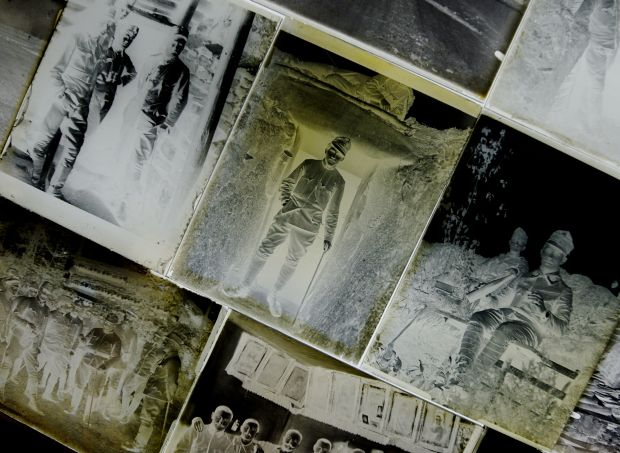 BERLIN (CNS) — As the world marks the 100th anniversary of World War I, Germany’s Catholic bishops urged efforts to overcome “destructive self-interest” and acknowledged the shared guilt of churches for the conflict, which left 16 million dead.

“This war began in Europe 100 years ago during these summer months, and its dimensions are still shocking,” the Berlin-based bishops’ conference said.

“As a church, present throughout the world with a redemptive message for all humanity, we must be determined in opposing all inflated nationalism and every attempt to devalue peoples and cultures. Our times demand an effective response in asserting the common interests of the human family against destructive self-interest,” said the bishops’ statement, published July 25.

The bishops said that, before the war began in 1914, national rivalries trumped the close economic ties between countries, unleashing a conflict of “previously unimaginable proportions,” in which poison gas and other weapons of mass destruction were used.

However, it added that Europe’s Christian churches had also played their part in “war-mongering” at the outbreak of fighting.

“Although the Catholic church had distanced itself from 19th-century nationalism by virtue of its universal character, many bishops, priests and faithful took the side of those welcoming the war as a chance for spiritual and moral renewal,” the German bishops said.

“We know today that many people, including those high up in the church, brought guilt upon themselves, failing in the national blindness to perceive the suffering of the war’s victims, and realizing too late the consequences of absolute loyalty to their respective nations.”

The bishops’ conference also published a set of prayers for use at remembrance Masses for World War I, which they described as “a memorial to overpowering guilt and failure, blindness and idolatry”

World War I lasted from July 28, 1914, when the first shots were fired during an Austro-Hungarian invasion of Serbia, to the signing of an armistice by the defeated Germany Nov. 11, 1918.

Centenary commemorations for the conflict — in which 9 million soldiers and 7 million civilians died and 21 million people were wounded or maimed — are being staged in many European countries. They will include acts of remembrance, exhibitions, educational programs and the refurbishing of war cemeteries and museums.

In their declaration, the German bishops paid tribute to Catholic priests and military chaplains who worked for peace and reconciliation, as well as to Pope Benedict XV, who “repeatedly urged” the warring parties to negotiate.

They added that the wartime pontiff had been proved right in realizing only “true reconciliation and forgiveness” would secure “a real and lasting peace,” but said it had taken World War II to overcome finally the “system of confrontation.”

“Only with the process of European integration, shaped today by the European Union, which began in a small part of the continent and then grew ever larger, has peace created by law taken precedence over the power of the strong,” the bishops’ conference said.

“Not only can capital and goods now move freely across frontiers, but so also can citizens. Negotiations and the search for compromises have replaced violent confrontation, and a look back at the horrors of this war should be an incentive for us all to continue these efforts.”

The start of centenary commemorations, which will include a meeting of European heads of state at the battlefield of Ypres, Belgium, follows a wave of anti-Semitic riots in Germany, France and other European countries by groups protesting Israeli military operations in Gaza.

In a July 23 interview with Germany’s Catholic news agency, KNA, Bishop Heinrich Mussinghoff of Aachen, who chairs the German church’s Subcommission for Relations with Judaism, urged police and justice officials to “act with determination against hate crimes,” and said Christians should “always take the side” of Jews against insults and attacks.

“It’s part of the basic consensus of our country and Europe that anti-Semitism must be outlawed forever,” the bishop told KNA. “Everyone has a right to express political opinions publicly and criticize the policies of Israel. But no one has a right to mobilize against Jews or any other group of people and act out their inhumane resentments.”

NEXT: All is lost with war, especially children’s lives, future, pope says