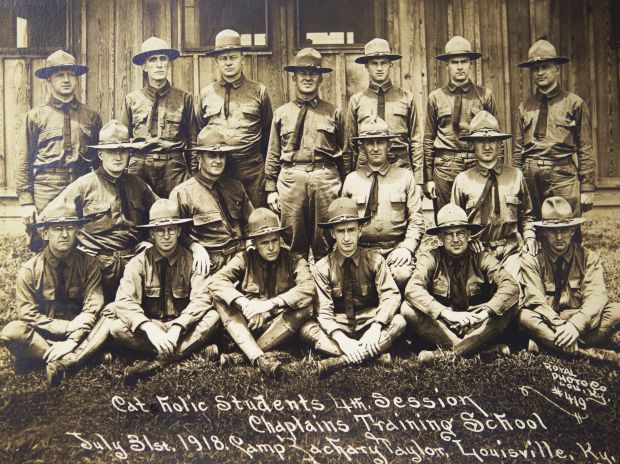 WASHINGTON (CNS) — World War I was dubbed “the Great War” because of the near-global scale of the fighting.

Some called it “the World War,” and many had thought it was “the war to end all wars.” But its status as World War I was cemented when World War II commenced just 21 years after it ended.

It was 100 years ago, on July 28, 1914, that World War I began in earnest. The United States didn’t enter into the war until 1917, playing a decisive role in its outcome, but U.S. Catholics were watching and worrying long before the nation — what was for many of them their adopted homeland — entered the hostilities.

Catholics accounted for about 16 percent of the U.S. population at the war’s outbreak. Their numbers and proportion had grown because of immigration from many of the European nations and territories engaged in the conflict.

“There was a lot of anti-Catholic feeling in the country before the war, based on the large amount of Catholic immigrants coming into the country,” said W. John Shepherd, an associate archivist at American Catholic Research Center at The Catholic University of America in Washington, where he has worked for the past 25 years.

“I think the war was very important to Catholics to show themselves and the rest of the country — anybody who’s paying attention — that they could be devout Catholics and loyal patriots,” Shepherd said.

There are as many stories in war as there are participants. One participant was Robert O’Connell, a Connecticut lad who was one of Gen. John Pershing’s Doughboys after training at Washington Barracks — now Fort McNair — and shipping “over there.”

Once in Europe, he asked his kin to write, “but don’t expect me to write much. Censor is nuisance.” In October 1917, O’Connell said, “Some of the boys must have expected to begin killing Germans the week after they enlisted and are disgusted with the Army.”

Combat came soon enough. In July 1918, he was wounded. O’Connell, after being examined, was told to walk to a cave to get fixed up. “Cave was almost two miles farther along. I’d have walked twenty, I think, to get some relief from those shells,” he wrote. “When you get this, I’ll be back with the company again, but I’ll have had this rest, anyway, just for a little hole less than half an inch deep.” 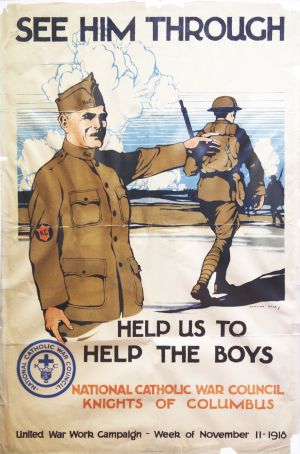 This 1918 poster is considered one of the most popular illustrations produced by the National Catholic War Council for its United War Works Campaign. (CNS photo/courtesy American Catholic History Research Center)

Another story — like O’Connell’s, found in Catholic University’s WWI archives — is that of Adm. William Benson, the highest-ranking Catholic in the armed forces during the war. Born a Methodist in Georgia, he joined his wife’s Catholic faith after marrying. Benson never saw any combat during his military career. He became chief of naval operations, a post created by Congress before U.S. entered the Great War. Navy Secretary Josephus Daniels was convinced Benson was a trustworthy officer who would not challenge civilian leadership of the military.

Benson retired in 1919 after the war ended. He was 64 and became one of the country’s most high-profile lay Catholics after his military career. After just a year as a member of the Knights of Columbus, he became a fourth-degree Knight. In 1920, Pope Benedict XV bestowed on him the military insignia of the Order of St. Gregory the Great. He was the first president of the National Council of Catholic Men. He received the University of Notre Dame’s Laetare Medal in 1927, and became chairman of the board for the Cardinal Gibbons Institute, the first high school in St. Mary’s County, Maryland, to educate African-Americans.

For a church with a long-held just-war theory, it took war for the Catholic Church and its members to move more into the American mainstream.

“However, it was an easy war for them to support, especially with the German atrocities against the church in Belgium, the execution of as many as 13 priests,” Shepherd told Catholic News Service. “There were also the German sinking of neutral, Allied ships, ships with neutral American passengers aboard, who being killed, so there’s a humanitarian reason to oppose the German war effort. 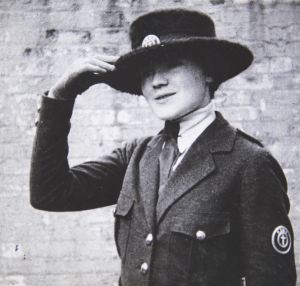 This unidentified woman who was an overseas war worker poses for a photo during World War I in this undated photo. (CNS photo/courtesy American Catholic History Research Center)

“But there’s a convenient reason for America to be against Germany, for the Catholic Church to support the war effort. As a despised minority, it gives them a chance to show that they’re good citizens.”

To that end, the National Catholic War Council was founded to support U.S. military efforts and oversee war-related activities in the church.

It was not the first attempt by the U.S. bishops to inject themselves into the national conversation. The U.S. bishops had held plenary councils in 1852, 1866 and 1884, in part to deal with nativist backlash to the ongoing waves of Irish immigration.

But with the Great War, there were Catholics in the training camps and the battlefields, and those soldiers were every bit of deserving of spiritual care as their Protestant counterparts. Working with the Jewish Welfare Board, the YMCA and other organizations, the bishops joined in a “United War Work” campaign to support the war effort and get Americans to buy war bonds. After the war’s end, these organizations coalesced into the United Service Organization, or the USO, which supports the U.S. military both at home and overseas.

After the armistice was signed Nov. 11, 1918, a National Catholic War Council was no longer needed. However, then-Father John Burke, a Paulist, who for years before World War I had envisioned some kind of entity for the U.S. bishops to make their voice heard on temporal as well as spiritual matters, convinced the bishops to look beyond war to peace. And thus was born the National Catholic Welfare Council.

Two American cardinals were strongly opposed to this council: William O’Connell of Boston and Dennis Dougherty of Philadelphia. They feared a nationwide body would usurp the bishops’ authority in general, and theirs specifically.

The U.S. cardinals convinced a new pontiff, Pope Pius XI, to suppress the NCWC in February 1922. But after Bishop Joseph Schrembs of Cleveland, Msgr. Burke and their supporters successfully argued their case to the pope and the curia, the suppression order was lifted that July. The name change was changed from “Council” to “Conference.”

The National Catholic Welfare Conference was the precursor to today’s U.S. Conference of Catholic Bishops.

The U.S. model was later adopted by other nations’ bishops as a way to lead the Catholic faith and suggest policy to governments, according to Douglas Slawson, a professor at National University in San Diego, who has written on U.S. Catholic history.

“By 1934,” Slawson told CNS, “the hierarchies of Austria, England and Spain had founded organizations patterned on NCWC.” Canada’s bishops had tried to do the same as early as 1928, but was forbidden to do so by the Vatican, he noted. “The Canadian Catholic Conference was finally organized in 1943,” he said.