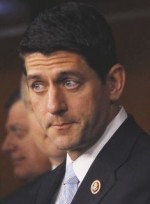 WASHINGTON (CNS) — A springtime visit to a Catholic Charities program in Wisconsin has the House Budget Committee chairman thinking that ramping up case management services would help a lot of people escape poverty, hopefully for good.

Rep. Paul Ryan, R-Wisconsin, a budget wonk whose earlier proposals have called for reduced spending on social services, has suggested that an investment in case management services would better serve low-income families in the long run.

Ryan, who is Catholic, outlined the need for case management services July 24 to the American Enterprise Institute. His proposal, which he calls Expanding Opportunity in America, encompasses a series of measures he believes will begin to reduce poverty.

He said he hoped the proposal starts a nationwide discussion on how the country tackles poverty.

Raising the profile of poverty in Washington’s highly partisan political environment can be a risky undertaking. But Ryan is known for doing his homework and the timing of what he calls a discussion draft — two weeks before Congress went on summer recess — allows it to circulate while not making many headlines.

Catholic Charities USA is quietly taking credit for helping sway Ryan to see the value of case management services as way to reduce poverty. It was during a March 10 visit to a Catholic Charities program in Racine, Wisconsin, in Ryan’s district, where the congressman met clients who were teamed with a case manager and learned how they were on the way to self-sufficiency.

“At least to us he said directly he had every intention of taking case management out of the system until he visited our site and then he became convinced that it was critical (to reducing poverty),” Father Snyder told Catholic News Service in early August.

“That’s the thing about case management. It’s catered toward each individual person. It sets it apart from the system we have now, which is everybody has to fit the same model. It’s not a cookie-cutter approach,” Father Snyder explained.

A staff member in Ryan’s office said the congressman was unavailable to discuss his proposal while on vacation with his family.

After the Racine visit, Ryan invited Heather Reynolds, president and CEO of Catholic Charities of the Diocese of Fort Worth, Texas, to testify at a Budget Committee hearing July 9 about the role of case management in moving people out of poverty. She told the committee that case management would benefit almost everyone living in poverty — whether someone recently unemployed or a family mired in economic hardship for generations.

Reynolds later cautioned in an interview that case management requires a long-term commitment — four to five years for most families — to allow people the opportunity to stabilize their lives with a job, save money for an emergency, reduce debt and pay for adequate housing.

“For us we see very few programs out there that just financial assistance alone really moves somebody out of poverty,” Reynolds explained to CNS in mid-August. “Our goal as a Catholic organization specifically is to respect the dignity of the human person. For us this is to assure that folks are not sustained in poverty but are pulled out of poverty.”

Ryan’s proposal covers more than case management. It includes a Democratic idea to expand the Earned Income Tax Credit by lowering the eligibility age for workers from 25 to 21, gives judges flexibility within minimum mandatory sentencing guidelines for nonviolent drug offenders and adds a section on educational reforms to broaden access to higher education.

Despite the other components, it’s the social services mechanisms that have garnered the closest examination from across a wide spectrum of organizations concerned about poverty and human dignity.

Father Robert A. Sirico, president of the Acton Institute for the Study of Religion in Liberty in Grand Rapids, Michigan, said he found Ryan’s proposal to be in line with the Catholic principle of subsidiarity.

“(Subsidiarity) is not dogmatic, but a common sense principle that needs should be met at the most local level possible because that’s where people know what the needs really are,” Father Sirico said. “He’s proposing something akin to letting people closer to the needs to have the flexibility and creativity to respond to those needs.”

Presentation Sister Richelle Friedman, director of public policy at the Coalition on Human Needs, and Stephen Schneck, director of the Institute for Policy Research & Catholic Studies, at The Catholic University of America, were more cautious about Ryan’s ideas.

She pointed to Ryan’s thoughts on reshaping how social services are funded in his proposal.

His plan suggests eliminating the Social Services Block Grant — about $1.7 billion annually for programs like daycare, adoption, transportation, foster care, home-delivered meals and employment services. He also calls for consolidating funding for 11 federal programs including the Supplemental Nutrition Assistance Program, or food stamps, Temporary Assistance for Needy Families and housing assistance into what he calls Opportunity Grants for states.

“Case managers succeed when they can refer clients to a whole range of services,” Sister Richelle said. “But if these (services) are being cut (to pay for case management), there’s very little to refer people to.”

Schneck said a mechanism for monitoring how any funding is used to reduce poverty must be established.

“Some states have a really poor track record of using federal monies,” he explained. “I think we need to have somebody looking out how the money is being spent, making sure this is money going to effective relief.”

Father Snyder was just as concerned.

“The whole concept of block granting, that’s a no starter to us. Historically, we’ve seen what’s happened; it’s the race to the bottom,” Father Snyder said.

“I can say as long as they stick with block grants, it’s going to be difficult to get the support of the nonprofit community,” he added.

With the mid-term elections now front and center for the fall, Ryan’s proposal will face little public debate in the short term. At earliest, the nationwide discussion Ryan envisions will come in 2015.