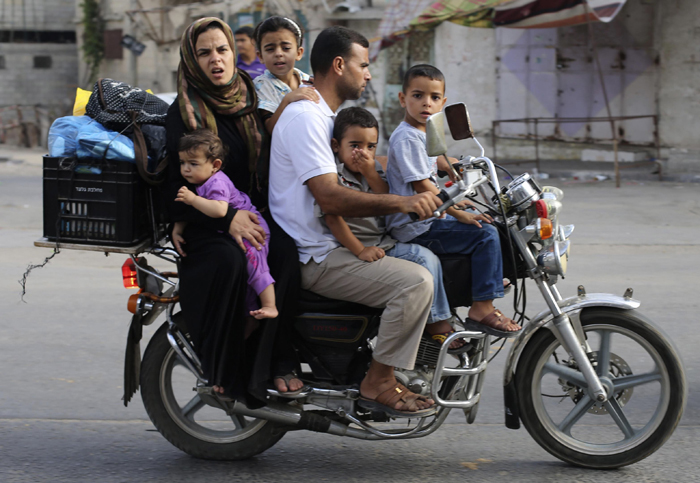 VATICAN CITY (CNS) — The president of Caritas Internationalis suggested Israeli and Hamas leaders pick up a pair of binoculars so they could see that “most of your victims are innocent people.”

Honduran Cardinal Oscar Rodriguez Maradiaga of Tegucigalpa, president of the Vatican-based umbrella organization for national Catholic charities, said peace is impossible without reconciliation, and reconciliation requires recognizing each other as human beings.

“Israel and Hamas, why do you keep pointing out the speck in the eye of your brother while missing the plank in your own eye?” the cardinal asked in a statement published July 31.

“As Caritas,” he said, “we pray for peace in the Holy Land. We pray for the Palestinian and Israeli families who have lost their children, mothers and fathers, and for those who have been killed. Our prayers are with the children who live in terror and whose mental scars will run deep long after this war is over.”

Despite the violence, the cardinal prayed that Palestinians and Israelis “will remain free to believe in a future of justice and peace.”

“This is the third war in five years between Israel and militants in Gaza,” the cardinal said. “In the intervening years, Palestinians in Gaza have lived a life where water is scarce, much of their food comes from humanitarian organizations and where the dignity of a job is beyond many people’s reach.”

On Aug. 1, shortly after what was to be a 72-hour cease-fire, Latin Patriarch Fouad Twal of Jerusalem said temporary halts in fighting obviously are good, but unless Israel changes its policies toward Gaza, the desperation of residents will continue to lead to violence.

“If conditions in Gaza remain that of a desperate land under siege, where the only things that grow are fear and frustration that spur hatred,” then a temporary cease-fire will have no lasting impact, he told Fides, the news agency of the Congregation for the Evangelization of Peoples.

“It almost seems as if the point is to make Gaza a factory for desperate people who are easy to transform into extremists ready for anything,” the patriarch said.

The next step, he said, must be lifting the Israeli blockade of Gaza. “Even the tunnels” dug by Hamas and a primary target of Israel’s military action, “are a product of the embargo. If the siege ends, if roads are opened and the free movement of persons and products is permitted, if people are allowed to fish in the sea” along the Gaza coast, then “no one will need to dig tunnels.”

The patriarch did not say Hamas militants are innocent. In fact, he seemed to put part of the blame on them for the high percentage of victims who are children and women.

“Just think of the fact that of all the tunnels, Hamas never thought to build underground refuges for the people,” he said.

NEXT: With focus on Gaza, Islamists can kill at will in Iraq, Anglican cleric says