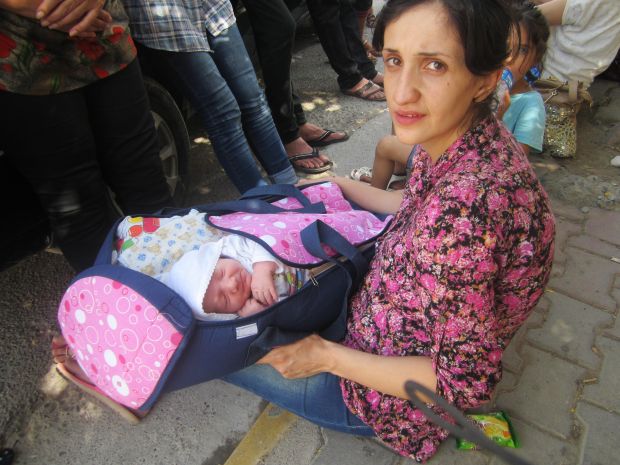 Sahar Mansour, 40, who lectured in chemistry at the University of Mosul before she fled the city in June, said newborn babies, the sick and the elderly in the Ankawa refugee camp on the outskirts of Irbil are dying from diseases, thirst and malnutrition. Mansour now resides in the camp.

The same claim was made by Chaldean Catholic Patriarch Louis Sako of Baghdad, who said in an Aug. 11 statement that “death and sickness are grabbing the children and elderly people among the thousands of refugee families spread over the Kurdistan region.”

The patriarch also criticized the terms of U.S. military intervention because it does not aim to recapture Christian cities and towns taken by the extremists.

Mansour told Catholic News Service in an Aug. 11 email that the 70,000 refugees at Ankawa were also frightened that Islamic State fighters had the capability to hit them within half an hour of launching an attack.

“Christians find Ankawa a safe place to stay, but some say that it is not good solution that we are all living here because it is an easy target for ISIS to attack,” she told CNS.

The camp at Ankawa was full, she added, and many Christians were sleeping outside in the town, wherever they could find space.

“The Christians are homeless,” she said. “There are no places for them — (they are) only sitting in the churches, parks, streets, in this heat of sun.

“A lot of people are sick: elderly, infants and pregnant women sitting under the sun, and they cannot catch their breath,” she said.

“People are dying because of the shortage of medicine, water and food,” she added.

Mansour said there was great fear among the refugees that they were insufficiently protected. 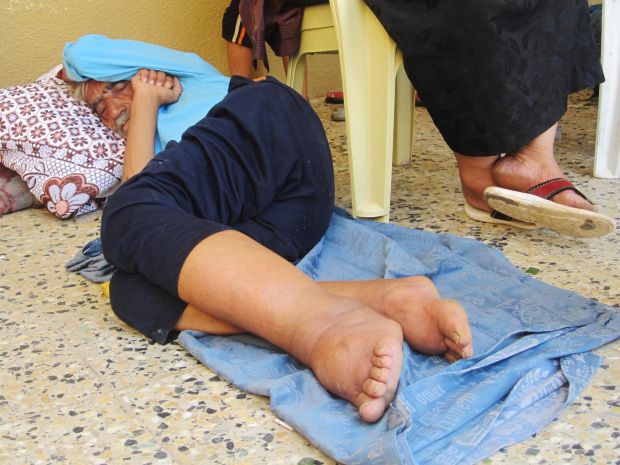 “We are facing risk a real genocide and a human catastrophe,” she said. “We need protection. Please save our lives, we cannot stay in this country anymore.”

The Christian villages were now empty, she explained, adding: “It really looks like ethnic cleansing.”

As the Christian villages fell to Islamic State fighters between Aug. 6 and 8, there was an influx of refugees into Irbil and Ankawa.

The roads were so jammed that it took 10 hours to make what would normally be a 90-minute trip, Mansour said. Some refugees walked for two days to reach Irbil.

Mansour said the refugees were now questioning why the international community appeared so reluctant to help them.

“We are wondering why nobody can stop ISIS?” she said. “Why are all afraid of ISIS? It is very strange how the world’s governments and the global community have turned a blind eye to the situation in Iraq. God help the people who are in the middle of all this.”

She appealed to the international community: “Please save our lives. We cannot cope any more … please pray for us to remain in our faith and not lose our faith in any kind of fear. I was born Christian. I am praying that I die Christian.”

Her sentiments echoed the concerns of Patriarch Sako, who said Aug. 11 that the refugees sleeping in the streets and public parks were in a “deplorable situation” and that “humanitarian aid is insufficient.”

“The position of the American president, Obama, only to give military assistance to protect Irbil is disappointing,” he said. “The confirmation that this terrible situation will continue until the Iraqi Security Forces will fight along with Peshmerga against the ISIS militants is very depressing.”

“At the end, perhaps, Mosul will not be liberated (and) neither the villages in the Ninevah Plain,” he said, adding that the refugees would, as a result, be forced to stay in makeshift camps indefinitely.

NEXT: Vatican calls on Muslim leaders to condemn Islamic State