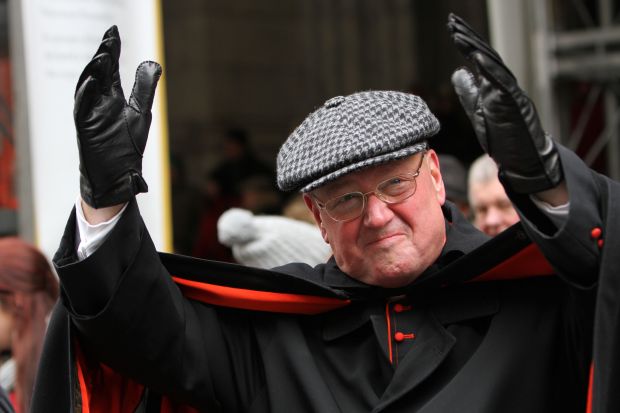 The cardinal, who will be the grand marshal of the 254th St. Patrick’s Day parade in March, said in a statement Sept. 3 that neither he nor his predecessors determined who could or could not march in the parade.

He said he has “always appreciated the cooperation of parade organizers in keeping the parade close to its Catholic heritage.”

“My predecessors and I have always left decisions on who would march to the organizers of the individual parades,” the cardinal’s statement said. “As I do each year, I look forward to celebrating Mass in honor of St. Patrick, the patron saint of Ireland and the patron saint of this archdiocese, to begin the feast, and pray that the parade would continue to be a source of unity for all of us.”

The parade committee’s decision comes in an effort to defuse the controversy that arose prior to this year’s parade over the exclusion of gay banners in the annual celebration of Irish and Catholic heritage.

The NBC television network, which has broadcast the parade for years, also was prepared to drop coverage of the event unless a compromise was reached to allow a group of the network’s gay employees to march under a banner identifying the organization, Irish Central reported.

There was no immediate word on whether the decision would lead to a wider gay presence in the parade.

NEXT: Courts uphold one same-sex marriage ban but void two others