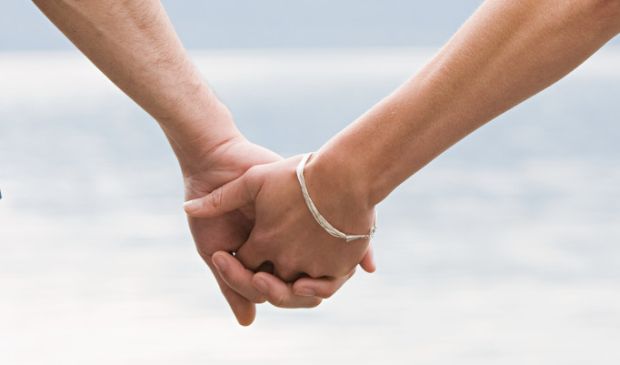 WASHINGTON (CNS) — For many Catholic married couples, the training they received for their vocation started and ended with the required marriage preparation classes they took as engaged couples.

But as divorce rates remain steady and couples face numerous struggles in their marriages, some parishes are recognizing the need to give married couples more resources to navigate challenges or keep their love alive.

One outreach is the simple notion of encouraging married couples to go on dates, which they might vaguely remember doing when they first met and long before their kids’ soccer or karate schedules, escalating bills, or sheer exhaustion took over.

Some parishes are hosting date nights once a month or quarterly. They often provide child care, dinner or appetizers and guest speakers or video presentations and time for discussion. These sessions often come with the caveat that couples should try to carve out time for themselves before the next session.

“Since then, we’ve been averaging about 40 to 50 couples a month,” said Gil Montemayor, who coordinates the parish program with his wife, Diana.

And that’s on Friday nights in Texas where football is a major event.

The Prince of Peace date night program uses resources from San Antonio-based Covenant of Love Ministry, which provides parishes with material to strengthen marriages. The ministry, which began 15 years ago, is used in 64 parishes in the U.S., offering training programs and date night catechetical materials.

Steve Pokorny, director of Covenant of Love, said the effort brings couples back to what they first envisioned their marriage to be.

“Most married people don’t date,” he said, stressing the importance of just bringing couples together to do something for themselves.

“This is not just for couples in trouble; all of us need to spend time together,” he added.

Pokorny said the parish date nights are meant as a jump-start for a couple’s relationship and are more catechetical than social, giving couples topics to look at and discuss.

Another parish date night program, used in more than 500 parishes, is called “Six Dates for Catholic Couples” produced by John and Teri Bosio of Nashville, Tennessee.

The program similarly brings Catholic couples to their parish for an evening that includes a video presentation and some discussion. According to the Bosios, it not only fills a need in the church — to support married couples — but it also responds to data from a recent survey, which says couples who spend time together have more stable marriages.

John Bosio cites the 2012 survey “The Date Night Opportunity” — from the National Marriage Project at the University of Virginia in Charlottesville — which notes how date nights (without a spiritual emphasis) are taking part in cities and communities across the country and are having positive results.

The study said that by merely spending time together, couples boost their relationship because they end up communicating.

“By removing distractions such as children and employment responsibilities, date nights may afford couples the opportunity to discuss things that are important to them,” the study said. It also said couples benefit from doing something new, not just “that old standby: dinner and a movie.”

Leaders of other parish date-night programs, take this idea a step further by helping couples also come to understand the spiritual blessings of married life.

The Bosios, who give marriage enrichment retreats and workshops across the country, said they have seen a renewed interest in parishes offering support for married couples, particularly in parishes with a family life minister on staff.

Ann Hoffman, who has been involved in parish ministry with married couples for nearly 40 years, with her husband, Jim, similarly stressed how important it is for a parish family life minister to coordinate workshops, retreats or other marriage enrichment programs.

In her response to a survey of Catholics in preparation for the Oct. 5-19 synod on the family, Ann wrote: “Given the challenges in modern society, how can a few hours in marriage preparation and baptism class sustain a couple over years of marriage?”

The Hoffmans, parishioners at the Shrine of the Most Blessed Sacrament in Washington, wrote in their synod preparation response, which they shared with Catholic News Service, about the urgent need for the church to help couples strengthen their marriages.

“Programs of formation are needed for married couples throughout the stages of their life together. Marriages must have the capability to live through change — no children; children; empty nest; aging parents; economic challenges; health issues,” wrote Jim.

His wife noted that even though today’s couples are busy, the church has to find ways to reach them.

“It is vital that couples and their families be given the support they need and not wait to do something for them when they become a statistic,” she wrote.

NEXT: Studies confirm religion increases longevity, and marriage does too