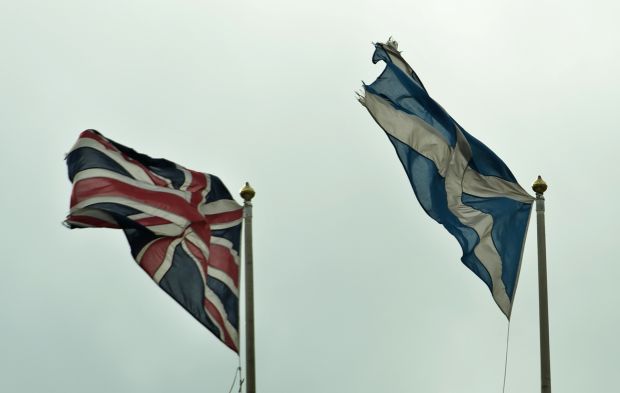 MANCHESTER, England (CNS) — The Catholic bishops of Scotland said they accept the results of referendum in which Scot voters rejected independence.

In a Sept. 19 statement, the Bishops’ Conference of Scotland also commended “all those who participated in what was a passionate and sometimes partisan debate.”

“The vast majority of Scots engaged with the referendum and it is our hope that we can all now cooperate for the benefit of our nation in the future,” it said.

The Sept. 18 vote on whether Scotland should leave the United Kingdom was rejected by a 55 percent to 45 percent margin.

The issue of independence had generated intense feelings among advocates on both sides, and the days leading to the vote were marred by reports of violence, vandalism and intimidation, mostly, though not exclusively, by those campaigning in favor of an end to the 300-year union.

The bishops also urged the Catholic community to “continue to engage in public debate and decision-making and, in doing so, to uphold the meaning and importance of the Christian message.

Cardinal Vincent Nichols of Westminster, president of the Bishops’ Conference of England and Wales, endorsed the Scottish bishops’ statement

A spokesman for the cardinal said Sept. 19: “All Catholics are encouraged to continue to engage in public debate and decision-making as confidently we seek to make the face of Christ known and together work for the common good.”

Scottish officials reported that 2,001,926 people voted to remain with the U.K., while 1,617,989 cast ballots in favor of independence. Voter turnout was reported at nearly 85 percent.

Conceding defeat Sept. 19, Scotland’s First Minister Alex Salmond, who also is leader of the governing Scottish National Party, told supporters not to “dwell on the distance we have fallen short” but on “the distance we have traveled and have confidence the movement is abroad in Scotland that will take this nation forward.”

The “no” campaign had been expected to win the referendum from the outset, but from early September, the outcome looked increasingly uncertain as opinion polls repeatedly showed a rise in support for independence.

Queen Elizabeth II, faced with the possible breakup of her kingdom, entered the debate to urge the Scottish electorate to think very carefully about what the consequences of their vote might be.

The real possibility of the success of pro-independence campaigners prompted the leaders of the major parties in the British Parliament to travel north to directly appeal to the Scottish people not to leave the union.

In the final week, they promised to devolve further powers over tax, spending and welfare to Scotland if independence was rejected in the referendum.

British Prime Minister David Cameron said Sept. 19 he was delighted by the result, adding that his commitments on additional powers would be “honored in full.”

NEXT: U.S. bishops plan to be stronger advocates for Israeli-Palestinian peace