West Virginia’s resources have long been eyed for development 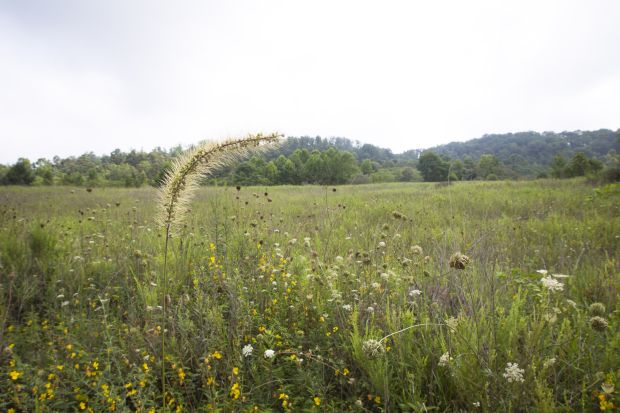 Grasses grow on a former surface mine site near Whitesville, W. Va., Aug. 19. Throughout the mining region of central Appalachia -- West Virginia, Kentucky, Virginia and Tennessee -- mountaintop removal mining has flattened more than 500 mountains and led to more than 2,000 miles of steams being filled in, according to The Alliance for Appalachia. (CNS photo/Tyler Orsburn)

In the mid-19th century, it was timber. Admitted to the union in 1863, the Mountain State is in the center of one of the world’s largest deciduous forests. The lush canopy harbors diverse forms of wildlife and the headwaters of vital waterways. Early settlers learned to use herbs and other plants such as ginseng for nutritional and medicinal purposes.

The vast forest also was eyed by the timber industry, which collaborated with the railroad firms to build a transportation network to ship logs to the East Coast and throughout the expanding United States.

Looking back, the state’s dependence on coal emerged in the 1880s when policymakers decided that coal should be the economic engine to drive prosperity. However, local residents saw little, if any, of the riches as outside interests developed the mining industry.

While workers successfully campaigned for the right to join the United Mine Workers of America in the 1920s and 1930s, the industry has taken steps to reduce union influence since those hard-fought organizing drives. The companies gradually turned to mechanization because it required fewer workers. By the 1990s, mountaintop removal mining was introduced and employment kept dropping.

Throughout the mining region of central Appalachia — West Virginia, Kentucky, Virginia and Tennessee — mountaintop removal mining has flattened more than 500 mountains and led to more than 2,000 miles of steams being filled in, according to information compiled by the Alliance for Appalachia. 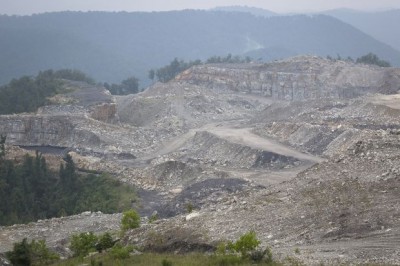 Although the coal industry remains a dominant economic and political force in West Virginia, its overall presence has waned over the decades. Data from the West Virginia Coal Association shows that in 2013 coal employed 19,427 people. At its peak in 1940, employment in the mines reached 130,457, statistics from the West Virginia Office of Miners’ Health Safety and Training show. Coal production has dropped from its peak of 181.9 million tons in 1997 to 117.5 million tons in 2013, the coal association said.

Mining company officials blame the decline on the federal government, saying it has conducted a “war on coal” through regulations meant to reduce air pollution from the burning of coal to produce electricity. Coal’s critics say the practice of mountaintop removal mining has pushed down employment because it takes far fewer workers to run a surface mine than an underground mine.

Their concerns have focused most recently on a U.S. Environmental Protection Agency proposal that calls for reducing carbon emissions from coal-fired power plants by 30 percent from 2005 levels by 2030. The EPA projects that the plan will lead to health and climate benefits worth $55 billion to $93 billion in 2030. Costs of the plan are projected at $7.3 billion to $8.8 billion in 2030.

Calls and emails to coal producers were unreturned. Representatives of the West Virginia Coal Association and Citizens for Coal canceled appointments for interviews and did not respond to requests for alternate meeting dates.

Catholic leaders, including Bishop Michael J. Bransfield of Wheeling-Charleston have expressed concern about the mining industry as well as the need to ensure that health, safety and economic welfare of West Virginians.

The bishop in particular has addressed mine safety, health and behavioral health issues in several pastoral letters since 2006. 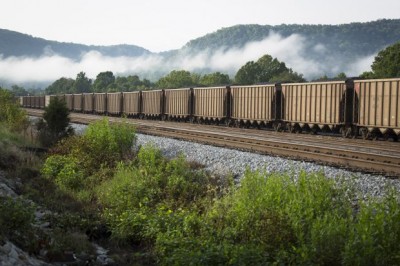 The West Virginia Council of Churches, to which the Diocese of Wheeling-Charleston belongs, also has raised concerns about the impact of mountaintop removal mining on the state. The council first issued a statement on the mining practice in 2007. It was revised in 2011, raising additional concerns related to the health of people living near the mines.

“The church in general and the council of churches in particular is called to provide witness to the fact that the earth is the Lord’s and the fullness there of,” the council’s executive director, Jeffrey Allen, told Catholic News Service. “We’re called to witness to that and bring that to people’s attention as part of our biblical witness to our Christian faith.”

One West Virginia organization is working to ensure that the role of miners in U.S. history is not overlooked. The Clifford M. Lewis, S.J. Appalachian Institute at Wheeling Jesuit University regularly takes student groups and individuals into the hollows to educate about the region’s cultural and mining heritage.

“The reliance on coal as part of our culture is something that doesn’t get highlighted. It’s always about jobs, but beyond jobs, it a scary thing to think of coal not being around,” said Elizabeth Collins, institute director.

“Those people are still here. It shouldn’t be the coal we idolize. It should be the people,” she told CNS.

Tom Breiting leads immersion trips for the institute. Acknowledging the importance of reducing dependence on fossil fuels, he said mining families deserve respect and support so that the deep poverty the region experiences can be reversed.

“People of this region are responsible for building our country,” Breiting said. “Coal has built our country with its steel. It won our country’s wars. It won our freedom and provided the American people with energy for a century.”