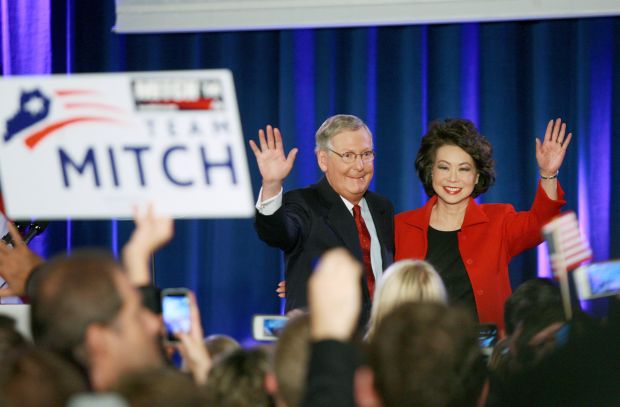 WASHINGTON (CNS) — In midterm elections Nov. 4, voters in Tennessee approved an amendment to the state constitution that will give the Legislature the authority to pass laws regulating the abortion industry.

Voters rejected ballot initiatives on abortion in two other states — a “personhood” measure to add “unborn human beings” to the Colorado criminal code one and a proposed constitutional amendment in North Dakota to recognize and protect “the inalienable right to life of every human being at every stage of development.”

Efforts to approve a hike in the minimum wage in Arkansas, Alaska, South Dakota and Nebraska were approved by voters in those states. In Oregon and the District of Columbia, voters approved allowing adults to legally buy small amounts of recreational marijuana for personal use. In Florida, a proposed amendment to legalize medical marijuana fell just short of the number of votes needed for passage.

In Tennessee, Amendment 1 reads: “Nothing in this Constitution secures or protects a right to abortion or requires the funding of an abortion,” even in the case of pregnancy resulting from rape or incest or when necessary to save the life of the mother.

In late October, clergy of various faiths, including several Catholic priests, appeared together at the Cathedral of the Incarnation in Nashville for a news conference to urge Tennesseans to vote yes on Amendment 1.

They said it would restore the state’s ability to pass common sense regulations of the abortion industry that was struck down by the Tennessee Supreme Court in a 2000 ruling.

In North Dakota, Bishop David D. Kagan of Bismarck expressed disappointment that the right-to-life initiative there failed to pass, but he added: “We are optimistic that society will, one day, value and protect life decisions at every level, from conception to natural death.

“Every pro-life law in North Dakota continues to be at risk,” he said in a statement. “Our society, increasingly steeped in a culture of death, doesn’t really have a good answer to the swelling tide of social acceptance for keeping these decisions in the hands of the judicial system. This will never change until we accept that it is ultimately God’s choice.”

He said Catholics “will continue to lead the conversation about the dignity of every human being and our moral duty to protect life at every age and at every stage.”

Catholic leaders in Colorado maintained a neutral stance on the “personhood initiative,” known as Amendment 67, which defined a fertilized egg as a legal “person” from fertilization on. It was the third time the measure had been on the state ballot.

In Florida, where the Amendment 2 medical marijuana legalization ballot initiative fell short by about two percentage points of the needed 60 percent for passage, anti-marijuana activist Teresa Miller told Catholic News Service that she slept well after Election Day was over but won’t be complacent about the future either.

She said she “should be happier” it failed at the ballot box, but at the same time said she was “still shocked that 58 percent of Floridians” would consider marijuana as medicine, especially when medical associations in the state and Florida’s Catholic bishops came out “with various talking points and papers stating that this (pot) is not medicine.”

Miller, a member of Christ the King Parish in Tampa, is founder of ReThinkPot.org, which describes itself as an educational website to help people “understand the truth behind ‘medical’ marijuana and the devastating impact” it has on individuals.

A chief financial backer of Amendment 2, Orlando attorney John Morgan, reportedly pledged he would take the fight to Tallahassee, demanding that legislators respond by passing a medical marijuana law in the 2015 session.

“I plan to make a future trip to Tallahassee this year to reinforce the message that (marijuana) is a subtle drug nevertheless associated with a lot of devastation and drug use, with some 13 percent of younger kids getting addicted to it and to other drugs,” Miller said, adding that as Colorado continues publishing state statistics, it may be hard to ignore teen homelessness and school dropout rates that Miller says are associated with marijuana use in that state.

Colorado activist and part-time Florida resident of Sarasota, Rachel O’Brien, said the election showed that enough Florida voters were able to read between the lines of the ballot initiative, and that the word was out that Florida’s Amendment 2 was a bad law.

“Enough states have experience with the unintended consequences of legalized marijuana and their stories are being heard, so that sloppy legislation like Amendment 2 will continue to fail,” said O’Brien, who said she met last summer with Florida anti-marijuana strategists to share her experiences with legal pot law in Colorado.

“The money that went into this tells you what stands behind medical marijuana (in Florida) and tells you something about their firepower,” she said. “(The) ‘Don’t Let Florida Go to Pot Coalition’ did a phenomenal campaign on how difficult it is to regulate legal pot and to put public health and safety first, although I am sure (proponents) will come back with a full recreational amendment.”

In Tallahassee, Michael Sheedy, executive director of the Florida Conference of Catholic Bishops, which did not formally oppose the proposal but highlighted concerns and urged careful consideration of the risks of legalizing marijuana, had published an online fact sheet on Amendment 2.

“While there could be beneficial applications to the medical use of marijuana, enough Florida voters believed that the amendment allowed the potential for abuse and had inadequate safeguards,” Sheedy said.

“Many of the shortcomings cited were also identified by medical organizations, such as the Florida Medical Association and law enforcement,” he added.

PREVIOUS: Stepping onto court a dream come true for student with terminal cancer