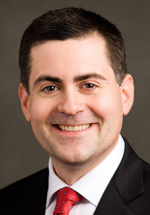 WASHINGTON (CNS) — A Southern Baptist leader who will speak at a Vatican-sponsored conference on traditional marriage called the upcoming gathering “a strong sign that shows that marriage is necessary for human nourishing.”

“It will do good for us in upholding the significance of marriage,” said Russell D. Moore, who is president of the Ethics and Religious Liberty Commission of the Southern Baptist Convention.

Titled “Complementarity of Man and Woman,” the gathering will take place Nov. 17-19. There will be more than 30 speakers representing 23 countries from various religious backgrounds — including various Christian churches as well as Judaism, Islam, Buddhism, Hinduism, Jainism, Taoism and Sikhism.

“I think it’s significant for Pope Francis to recognize the crisis that we see all around the world,” Moore said in a phone interview with Catholic New Service. “I commend his leadership in calling together this group to talk about these issues.”

The conference is officially sponsored by the Congregation for the Doctrine of the Faith, headed by German Cardinal Gerhard Muller. The co-sponsors are the pontifical councils for Promoting Christian Unity, for Interreligious Dialogue and for the Family. Pope Francis will open the conference and preside over the first session.

The gathering aims to “examine and propose anew the beauty of the relationship between the man and the woman, in order to support and reinvigorate marriage and family life for the flourishing of human society,” according to coordinators. Attendees are expected to take up the issues of cohabitation, nonmarital parenting and same-sex marriage, which are dominating the global conversation on family.

Just a few weeks after speaking at an October conference on “The Gospel, Homosexuality and the Future of Marriage” in Nashville, Tennessee, Moore will be representing the Southern Baptist Convention at the Vatican.

Moore, who is based in Nashville, believes the conference will help provide the opportunity to hear from other religions and gain a variety of different viewpoints.

He also said he believes it will not be a place where each religion represented will try to hide their differences, but rather a place where religious leaders can speak out on what is happening as far as marriage globally.

“I am willing to go anywhere, when asked, to bear witness to what we as evangelical Protestants believe about marriage and the Gospel, especially in times in which marriage is culturally imperiled,” said Moore.

According to Moore, the church’s duty is to stand firm on the teachings of Bible — especially when it comes to the idea of redefining traditional marriage.

“We will never change our view on marriage because marriage is clearly viewed in Scripture between a man and a woman,” said Moore. “The Southern Baptist community holds to the authority of Scripture and we will not back down on that.”

The church that stands strong with the word of God needs to be commended, said Moore. The church needs to clearly articulate what it believes to be the meaning of “marriage,” and to also embody a marriage culture, he added.

“One of the things I am concerned about is that many of our churches are slowly accommodating sexual revolutions,” said Moore. “We have to remain strong on these issues.”

After attending the conference, he said, he hopes to have a better perspective on what is happening around the world as it relates to marriage and the family.

“I hope that this gathering of religious leaders can stand in solidarity on the common grace, creational mandate of marriage and family as necessary for human flourishing and social good,” said Moore. “I also hope that we can learn from one another about where these matters stand around the world.”

PREVIOUS: CRS official sees wins in Ebola fight, but there’s ‘a lot more to do’