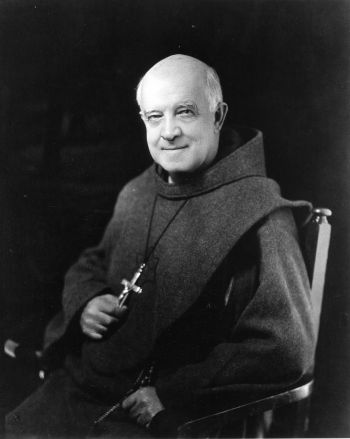 BALTIMORE (CNS) — The U.S. bishops gave their support to advancing the cause of Father Paul Wattson, a onetime Episcopal priest who joined the Catholic Church more than a century ago along with the members of the Society of the Atonement, which he co-founded.

The support, which came on a voice vote without audible dissent, was given Nov. 11, the second day of the bishops’ annual fall general assembly in Baltimore.

Father Wattson saw the need for both a Franciscan spirituality in the Episcopal Church and a way to serve the poor, Bishop O’Hara said.

A third need arose before the end of the 19th century: “Repair the breach in a divided church,” Bishop O’Hara said.

Father Wattson established Graymoor in 1899. Simultaneously, an Episcopalian friend and a novice, Lurana White established the Sisters of the Atonement.

In 1903, Father Wattson started the Church Unity Octave. Now more commonly known as the Week of Prayer for Christian Unity, it “continues to this day,” Bishop O’Hara said. The week is observed each January.

As a sign of his concern for the poor, Father Wattson founded St. Christopher’s Inn, “which continues to this day to be a beacon of hope,” the bishop said, offering “counseling and hope for those who are addicted and all the rest.”

Part of the canonization process requires that a diocesan bishop seek the opinion of at least a regional conference of bishops on the appropriateness of opening a cause. The U.S. bishops were similarly consulted on the sainthood cause of Catholic Worker co-founder Dorothy Day and they endorsed the cause at their fall meeting in 2012.

PREVIOUS: Bishops reminded of role as pastors to Christ’s family — the church