Science about human life on side of pro-life movement, says speaker 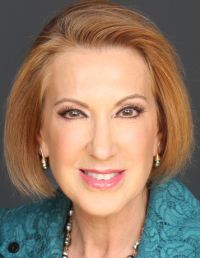 WASHINGTON (CNS) — In a public address in Washington Jan. 20, Carly Fiorina, former business executive and candidate for U.S. Senate in 2010, spoke out about issues relating to the sanctity, science and support of human life.

The event was titled “Welcoming Every Life: Choosing Life After an Unexpected Prenatal Diagnosis” and focused on affirming the “inherent dignity and sanctity of every life, regardless of dependency, disability or life expectancy” and helping “families in welcoming the life of every child.”

In her speech, Fiorina discussed her time spent mentoring and helping a young boy with special needs named Kenneth, who was a constant source of “joy, triumph and grace,” as well as her mother-in-law’s difficult decision to give birth to her son Frank, whom Fiorina married in 1985.

“And thanks to that he was the joy of her life and for 30 years has been the rock of mine,” she said.

Fiorina also spoke on addressing assumptions related to the ongoing debate over life. In recalling how people were astonished that a graduate of Stanford University and the Massachusetts Institute of Technology could be pro-life, she remarked that “science is helping those of us who believe in the sanctity of human life make our case better and better every day,” and is also “why young people are becoming more and more pro-life.”

“We now know that an unborn child can dream and can feel pain after five months,” Fiorina continued, “and if a successful in-utero surgery can be performed at 19 weeks … that sounds like life to me.”

Fiorina went on to discuss not only the scientific aspects of life, but also its intrinsic worth and value. “Who are we to judge which life is better than another?” she asked.

In recalling her own difficulties of successfully battling breast cancer, the former Hewlett-Packard CEO reflected on the fact that “times of greatest challenges can bring the greatest blessings” and that “life isn’t measured in years or wealth; it’s measured in love, moments of joy and grace, and positive contributions.”

She did not address the vote scheduled in the U.S. House for Jan. 22 on the Pain-Capable Unborn Child Protection Act — which would prohibit abortion after 20 weeks — when an unborn baby can feel pain — unless the life of the mother is in danger. But Fiorina went on to discuss other legislation related to abortion.

Regarding the New York Legislature’s attempts to expand abortion law to allow even non-doctors to perform abortions, she said that in some areas, “abortion clinics remain less-regulated than tattoo parlors.”

During the second week of January, New York lawmakers finally passed the Women’s Equality Act but without an abortion expansion, which the New York State Right to Life organization hailed as a victory.

In recalling her life and political career in the state of California, where in 2010 as the Republican nominee for the U.S. Senate she lost to Democratic Sen. Barbara Boxer, Fiorina said she is reminded of “how many lives and livelihoods were ruined in the interest of protecting the lives of fish, frogs and flies,” while the same people advocating for those laws would agree with the view of the unborn espoused by Boxer, a longtime advocate of keeping abortion legal.

“Like Barbara Boxer famously said, ‘A fetus isn’t a person until it leaves the hospital,'” Fiorina remarked.

She was referring to arguments Boxer made in arguing against the Partial-Birth Abortion Ban Act, which Congress passed in 2003.

Then-Sen. Rick Santorum, the Pennsylvania Republican who wrote the measure, had asked Boxer during debate on the bill if she agreed that once a child is born and is separated from the mother, that child has rights protected by the Constitution. Boxer replied: “I think when you bring your baby home, the baby belongs to your family and has rights.”

When asked about how to combat the “enormous push of misinformation to a whole generation of people,” Fiorina responded that she believes that pro-life advocates are helped greatly by “familiarity with the science” of human life that “continues to evolve.”

In closing, Fiorina said she believes that pro-life advocates “need to continue to tell the stories of mothers and their unborn children in human terms, continue to discuss the science that continues to evolve” and “push back against the extremism of the pro-abortion movement, which is ‘any abortion, at any time, for any reason,’ which sounds pretty extreme to me.”

PREVIOUS: Roe said to turn ‘beautiful truth’ about human dignity ‘inside out’

NEXT: Outpouring of love, support during his illness ‘humbling,’ bishop says