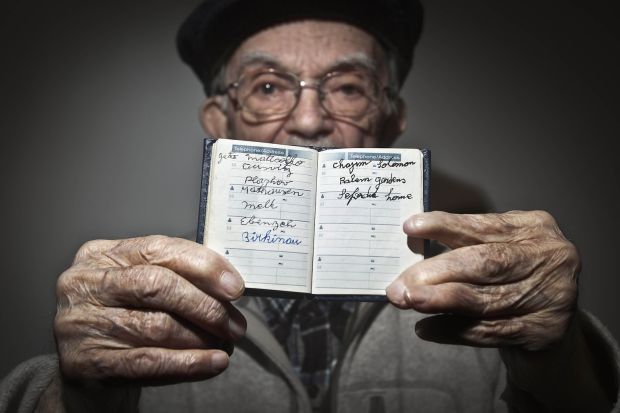 Holocaust survivor Hy Abrams, 90, poses for a portrait Jan. 15 in the Brooklyn borough of New York with a book that documents all the different concentration camps he was held in during World War II. Abrams was taken at age 20 by German Nazi soldiers and separated from his mother, father, brother and three sisters. (CNS photo/Carlo Allegri, Reuters)

WARSAW, Poland (CNS) — Catholic leaders joined in commemorations of the 70th anniversary of the liberation of the Auschwitz concentration camp, where 1.2 million mostly Jewish prisoners were killed by the Nazis during World War II.

“When we ask how God was present in the hell of Auschwitz, we must remember God’s last word is one of peace,” said Cardinal Stanislaw Dziwisz of Krakow, Poland.

“Peace is a gift from God, for which we have to ask him. This is why we gather today to pray before taking the next step — and we must take that step, drawing conclusions from the past and from the witness of history.”

The cardinal preached at a Jan. 27 Mass in Auschwitz’s church-run ecumenical Center for Dialogue and Prayer. The Mass was concelebrated by the Vatican’s nuncio to Poland, Archbishop Celestino Migliore, and attended by Polish President Bronislaw Komorowski and around 150 former camp inmates.

Cardinal Dziwisz said questions still needed to be asked about human responsibility for Auschwitz atrocities, but added that the camp’s liberation was also a reminder that peace could be achieved by human effort. 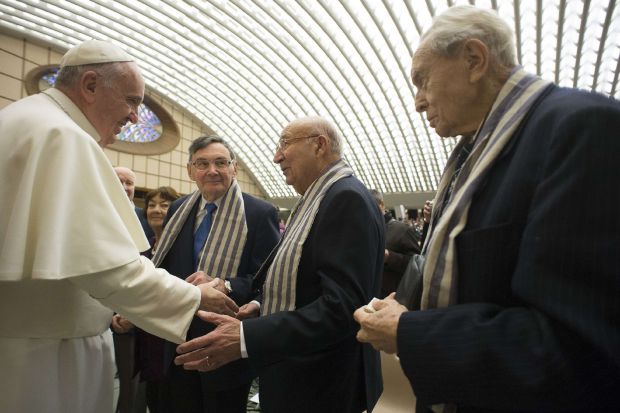 He said numerous great initiatives had been launched to ensure future generations remembered the past while “responsibly building the future,” helped by survivors who recalled “the cry of the victims falling silent as they were brutally suffocated.”

Besides Jewish inmates, who made up 90 percent of the victims, approximately 100,000 mostly Catholic Poles were killed by German occupiers in Auschwitz’s gas chambers and execution sites. The Nazis also killed Roma, Russian POWs and prisoners of other nationalities at the camp, located in Oswiecim, Poland.

St. John Paul II visited Auschwitz in 1979, and Pope Benedict XVI visited in 2006. Organizers of World Youth Day 2016 in Krakow expect Pope Francis to visit the camp while he is in the country. 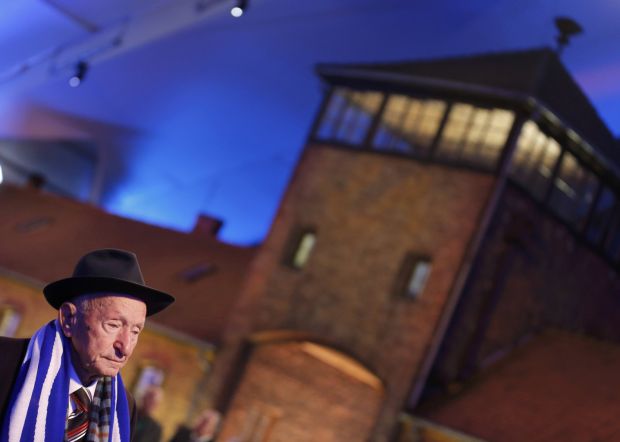 Survivor Juda Widaski, 96, poses for a picture inside a tent on the site of the former Nazi German concentration and extermination camp Auschwitz-Birkenau near Oswiecim, Poland, Jan. 27. Some 300 former Auschwitz prisoners participated in ceremonies to mark the 70th anniversary of the liberation of the camp.(CNS photo/Laszlo Balogh, Reuters)

The anniversary of the camp’s liberation by invading Soviet forces was attended by heads of state and government and official representatives from 40 countries and included interfaith prayers at the nearby Auschwitz-Birkenau extermination center and a wreath-laying at the camp’s infamous Death Wall.

In a Jan. 27 Twitter message, Pope Francis said, “Auschwitz cries out with the pain of immense suffering and pleads for a future of respect, peace and encounter among peoples.”

Meanwhile, Cardinal Reinhard Marx, president of the German bishops’ conference, said Auschwitz ranked “among the fundamental experiences of mankind” as a place where “the Germans systematically and industrially organized the destruction of European Jews.”

He added that the death camp remained “an open wound on the body of humanity,” and said it was important to ask “why the crimes of Auschwitz happened on a continent marked for at least a millennium by Christianity.”