Honors given to activists on climate change, social justice causes 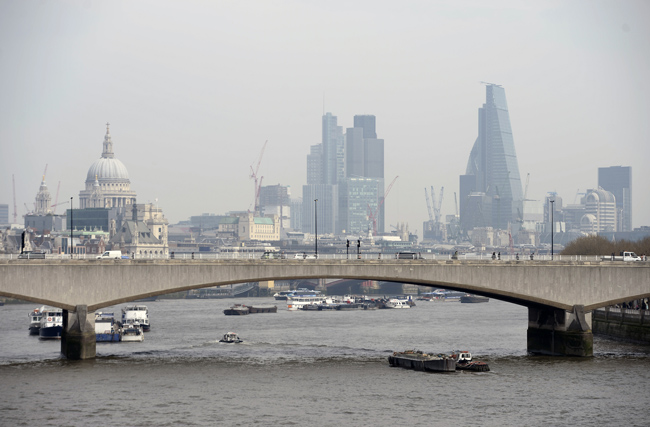 WASHINGTON (CNS) — The founding director of the Catholic Climate Covenant told a Washington audience Feb. 9 that he hopes people can find unity around the need to stop and reverse climate change “because we are in deep trouble.”

“Who would have thought 50 years ago that the biggest threat to human survival was not going to be the atomic bomb but the automobile? Only when we act together, as one, can humanity move forward,” Dan Misleh said during the annual Catholic Social Ministry Gathering.

He made the comments after receiving the 2015 Harry A. Fagan Award from the Roundtable Association of Catholic Diocesan Social Action Directors.

Misleh was honored for his work in engaging Catholics at the national, state and diocesan levels “in a serious and sustained conversation about a Catholic approach to climate change, focusing on the promotion of the common good, the protection of poor people and the exercise of prudence to more fully implement the U.S. Catholic bishops’ 2001 statement on climate change,” according to the association.

The Roundtable also presented its Servant of Justice Award to Dee Rowland, who retired in 2011 as director of peace and justice for the Diocese of Salt Lake City. During her 26-year career with the diocese, Rowland also was director of the Catholic Campaign for Human Development and served as diocesan contact for Catholic Relief Services and government liaison.

The organization and Misleh himself linked his award to Pope Francis’ anticipated encyclical on the environment, expected this year.

In his remarks, Misleh listed several themes he said he hopes the pontiff includes in his encyclical.

“I hope Pope Francis reminds us that, as Pope Benedict XVI did so eloquently, we must ‘strengthen that covenant between human beings and the environment, which should mirror the creative love of God,” he said.

He said he hopes Pope Francis helps people to focus “on the unique and special place of our human species on this earth, but also to remind us that all of creation gives glory to and is a reflection of God,” and that he “reminds us that the earth is our common home — not just my home or your home — and it needs our care and protection to help provide shelter for all: all humans, all creatures, all beauty.”

Misleh continued with his aspirations for the encyclical, saying he hopes the pope “reminds us that there are farmers in Africa and fisher folk on Pacific Islands who are dying today because we are simply not paying close enough attention to the sins we are committing against God’s creation and against God’s people.”

Prior to founding the Catholic Climate Covenant, Misleh spent 11 years as a policy adviser and director of diocesan relations for the U.S. Conference of Catholic Bishops’ Department of Justice, Peace and Human Development. He began his work in the church as a member of the Jesuit Volunteer Corps.

The Catholic Climate Covenant was begun by Misleh in 2006 as the Catholic Coalition on Climate Change and formally changed its name in 2014 to emphasize the covenant aspect of the ministry.

The award is named in honor of the Harry A. Fagan, a longtime Cleveland diocesan social action director, co-founder of the National Pastoral Life Center and the association’s first secretary. The award honors individuals who have made unique contributions to achieving the Catholic vision of social justice.

Rowland was cited for working “tirelessly as a voice for the poor, immigrants, inmates and workers and to promote peace through sensible gun laws and nuclear disarmament. Dee was credited by Utah legislators for reminding them that the laws they craft have human consequences.”

The Servant of Justice Award honors a Roundtable member or former member who “has made unique contributions to the achievement of the Catholic vision of social justice.” It recognizes work that has helped a significant number of people or set a precedent that affected many, specifically which has “led to progress … toward eliminating social, economic or political injustice and advanced human dignity and rights as defined in Catholic social teaching.”

Rowland’s advocacy career began in Omaha, Nebraska, in the 1960s, when she was pregnant with her first child and wanted natural childbirth and her obstetrician opposed it, she told the Intermountain Catholic, newspaper of the Salt Lake City Diocese. Later, when her family moved to Utah, she got involved with the League of Women Voters and participated in anti-nuclear protests.