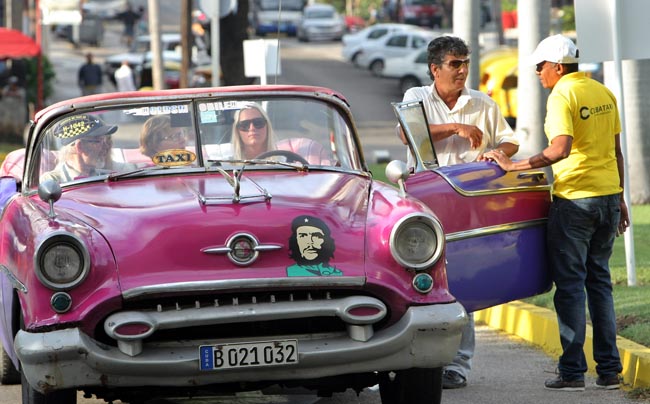 JACKSONVILLE, Fla. (CNS) — Cuban parents who sent their unaccompanied children from Cuba to the United States in the early 1960s for fear of communist indoctrination under Fidel Castro made the right decision.

That was the conclusion of St. Augustine Bishop Felipe J. Estevez, who was one of four Cuban experts on a panel convened in Jacksonville at a time of expected shifts in diplomatic relations between the United States and Cuba.

The bishop shared his insights into Operation Pedro Pan and the motivations that Cuban parents had in cooperating with the church-sponsored plan. He also spoke of his own history as a Pedro Pan child.

Operation Pedro Plan evacuated more than 14,000 unaccompanied youth to the U.S. where they stayed in church-sponsored orphanages or private homes across some 30 states.

“My parent’s instincts were accurate. They wanted to protect me from a state-led indoctrination … and a Marxist-Leninist ideology,” Bishop Estevez told the panel of mostly Miami-based researchers and academics of Cuban descent.

The workshop, “55 Years After Peter Pan: The Continuing but Ever-Changing Cuba Exodus” was part of a Feb. 11-13 symposium on refugee-related issues sponsored by the Florida Department of Children and Families.

“There was continuous communication with the families in Cuba so even though we were in the United States — there was a continual rapport going back and forth,” said Bishop Estevez, who himself was first resettled in a Catholic orphanage, St. Vincent Villa, in Fort Wayne, Indiana, after arriving in the U.S. in 1961 at the age of 15.

“The state had control over the education of the children, symbolized in a very dramatic gesture by the closing of religious, private and Catholic schools and (Pedro Pan) was a reaction of the parents that their children not be indoctrinated to this ideology, and in the mindset of the parents and us children and teens it was thought to be only temporary or provisional,” Bishop Estevez said.

Most of the children, he added, were reconnected in the U.S. with their parents as result of provisions under the same Pedro Pan program.

The bishop said there was regular interaction with other Pedro Pan children around the country through letter writing among themselves. He pointed to similar recollections of other Pedro Pan book authors over the years.

“We thought we would be back (in Cuba) in a month or so,” the bishop said. “In our minds it was like an adventure — we would go to the USA, learn a new language, have a good education sort of like an international program that we have in many high schools today.”

Other panelists touched on the various historical waves of Cuban immigration to the United States — one of the largest of which has been Cuba’s post-Soviet, so-called “special period” during the last 15 or 20 years.

They also examined generational differences in attitudes toward the U.S.-Cuban economic embargo, of the places the Cuban-Americans have settled, and of their general affinity for living as Cuban-Americans in South Florida.

The Cuba discussion came at a pivotal time following President Barack Obama’s Dec. 17 announcement on the re-establishment of diplomatic relations with Cuba and a series of actions aimed at easing travel and trade restrictions rooted in place since the early 1960s break in relations with Fidel Castro.

“It is the more recent (Cuban) arrivals from 1995 to 2014 who support what President Obama has promoted in terms of restoring diplomatic relations between United States and Cuba while earlier arrivals are not so sympathetic,” said Jorge Duany, director of the Cuban Research Institute of Florida International University in Miami.

Duany added, “We are seeing now a battle two sectors of the Cuban-American populations, between those who don’t want to negotiate or to have any change in policy and a younger generation that is more open to establishing diplomatic relations, to lifting the embargo and to trying a different sort of U.S. policy.”

Citing a recent poll in Miami sponsored by his university, Duany indicated that overall 48 percent of Cuban-Americans support the embargo and 52 percent are against the embargo, which he noted is considered almost a stalemate.

In an evening keynote Feb. 12, Miami Archbishop Thomas G. Wenski explored the implications that the new diplomatic rules might have on the Cuban Adjustment Act of 1966 — which allows for a kind of fast-track residency for Cubans who reach American soil — and on future Cuban immigration trends and irregular border crossings. Such crossings are already on the rise possibly as a result of the Dec. 17 announcement and fears of tightened immigration rules with Cuba.

While some politicians are now calling for an end to the Cuban Adjustment Act, and noting the relative poor treatment of Haitian immigrants in comparison, Archbishop Wenski said it would be better to take the higher ground and treat all immigrants better and equally with the passage of humane immigration reform.

“If we did away with the Cuban Adjustment Act, we’ll treat the Cubans as poorly as we’re treating most everybody else, and the growing numbers crossing into the U.S. through Texas will just add to the brokenness of our immigration system,” Archbishop Wenski said.

“The best thing for immigrants and refugees — including Cubans and Haitians — would be comprehensive immigration reform,” he said. “I urge Congress to not complicate matters by ending the Cuban Adjustment Act, nor to waste time trying to repeal the (Obama) executive action giving deferred departure to some categories of irregular migrants in the U.S.”

(A federal judge in Texas Feb. 16 temporarily Obama’s programs for deferred action on deporting immigrant children and some adults; the Obama administration planned to appeal the ruling.)

Quoting Pope Francis in warning against the “globalization of indifference” in how immigrants are treated, Archbishop Wenski called them “modern-day Lazaruses who suffer in misery on our doorsteps.”

PREVIOUS: Work now underway on $400 million Museum of the Bible in Washington