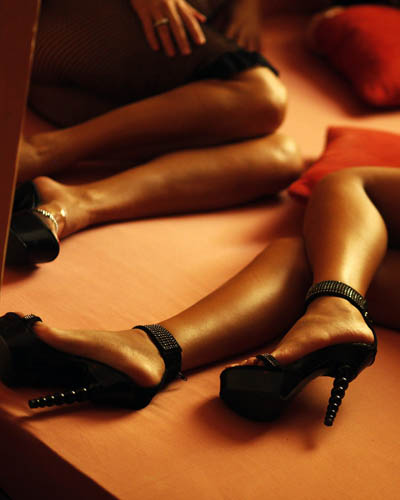 In fact, threats, debts and even the abduction of workers’ children are some of the hidden modern-day bonds today’s traffickers use to keep some women tied to the sex trade, said Brian Willis, founder and director of Global Health Promise.

For example, “traffickers in Romania use children as collateral,” holding the kids “hostage” back home as a way to force the mothers to keep prostituting themselves elsewhere, he told Catholic News Service Feb. 4.

Willis, who is based in Portland, Oregon, was in Rome meeting women religious and Vatican officials at the Pontifical Academy of Sciences and the Pontifical Council for Migrants and Travelers. He hopes to organize, together with the Vatican, a workshop for people who work with women caught up in prostitution.

When most people see a sex worker on the street, “there aren’t any chains, they’re ‘just’ a prostitute,” who, most people assume, are there of their own free will, he said.

Willis decided to focus his attention on sex workers because many “anti-trafficking organizations don’t help them” since it’s not always clear if they’ve been trafficked, he said.

He said he also wanted to concentrate on the health of mothers and their children given their special needs and his background in public health. “A lot of these women and children are the most vulnerable in many communities.”

After working with the Centers for Disease Control and Prevention, Willis saw that most of the work being done on trafficking and the sex trade dealt with law enforcement and narrowly focused health programs, like HIV testing and disease prevention.

However, he saw that the women also needed mental, psychological and social support, help for their kids and housing, “because you can’t be healthy if you’re homeless and some of these women live on the street with their kids.”

Willis said Global Health Promise works to improve the health and well-being of women in the sex trade and their children by helping organizations around the world better assess the women’s needs.

“Based on my public health work, I believe our programs and our services should be data driven,” which means Willis and the partners he works with speak directly to the women themselves, letting them voice their concerns to discover their real needs.

“Resources are so tight, you better know what services are needed and how to provide them because we don’t have money to waste,” he said.

He said that going to the women directly — instead of waiting for them to come forward to ask for help — also saves lives.

“I don’t wait,” he said. “Waiting to me is like you’re waiting for them to die” because their lives and concerns are so often hidden.

Some of the more common problems facing these women, he said, are: “high-risk pregnancies, a lot of violence toward pregnant women, depression, low birth weight among their children, prematurity and neonatal deaths.”

Women in the sex trade find it difficult to get prenatal care, he said, because they work all night and sleep through the morning, which is when most free clinics are open.

“We need to make sure there are services available for them that are convenient. That’s part of community health, you go to the community to serve their needs.”

Providing assistance based on local needs means organizations can fill in the gaps and offer services that no one else does, he said.

For example, a drop-in center he ran in Portland called Our Mother’s House gave out free baby formula to new mothers “so that way they didn’t have to try to sell or trade sex just to feed their babies.”

Another need was providing women with eyeglasses “because it’s very dangerous to be on the street and you can’t see.”

Volunteers also accompany women to doctor’s appointments to be their advocate and make sure they feel safe, he said.

Willis said that while there is growing awareness about trafficking and forced labor, “what is not changing is the resources that we’re putting into this.”

“Talk is cheap. Action costs money and where you see the difference is people talk about how many billions of dollars trafficking generates. Show me a figure that says how much money we spend to combat trafficking. I can’t find it.”

NEXT: Rome’s poor shantytown gets surprise visit by pope