Masses, rallies recall the lives of those lost to abortion since 1973 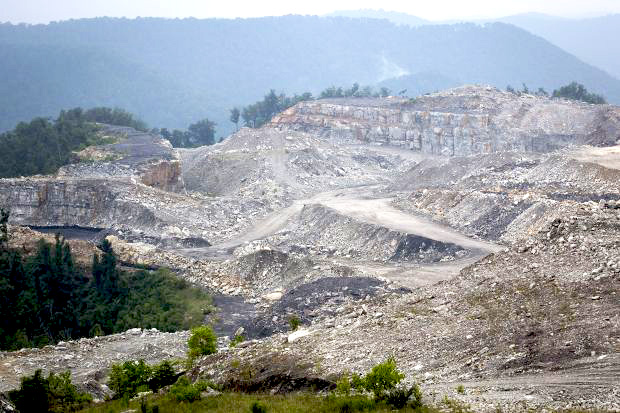 Marcela Pinilla, director of shareholder advocacy at Mercy Investment Services in St. Louis, welcomed the notice and said it would place the country’s seventh-largest bank among financial industry leaders in addressing climate change.

“As investors, we want our companies to demonstrate leadership not just in financial performance but we want them to perform well in climate-related practices,” Pinilla told Catholic News Service.

The early March announcement by Pittsburgh-based PNC comes after a years-long effort by partners of the Interfaith Center on Corporate Responsibility to convince bank officials that financing such environmentally damaging operations poses significant financial risks and hastens climate change.

Lauren Compere, managing director of Boston Common Asset Management, an ICCR partner which led the PNC effort, said conversations with bank officials took place over a four-year period and focused on the role banks can play in transitioning to a low-carbon economy.

“When looking at our portfolio, coal mining is one of the red flags. One of the things we talk about with companies more generally is how are we supporting the transition to more sustainable energy sources,” explained Compere, a member of ICCR’s board of directors.

The ICCR effort has focused on the importance of managing risk because financing the coal industry is seen as risky, explained Oblate Father Seamus Finn of the order’s Washington-based Justice, Peace and Integrity of Creation Office and ICCR chairman.

“(Investors) are looking at ‘who are we lending money to, who are we advising and where are we investing,'” Father Finn told CNS. “The other piece of it is you’ve got a number of investors who have been pushed on the fossil fuel divestment campaign in lots of directions and are trying to respond to it.”

ICCR’s engagement on mountaintop removal mining is part of a broader effort by 80 international institutional investors managing $540 billion in assets to urge 63 banks to disclose their policies and practices related to climate change.

PNC’s decision was announced in its 2015 Corporate Responsibility Report. CEO William S. Demchak said in the report that the company had implemented several changes “to make environmental considerations a more prominent factor in PNC’s lending while still balancing those considerations with the economic needs of the communities we serve.”

“As part of these efforts, we enhanced PNC’s mountaintop removal financing policy. Due to environmental and health concerns, as well as our risk appetite, our MTR financing exposure has declined significantly over time, with current exposure to firms participating in MTR representing less than one-quarter of 1 percent of PNC’s total financing commitments, and it will continue to decline,” Demchak wrote.

The company also pledged to raise its level of scrutiny when it comes to financing any extractive industry. PNC said it will review a borrower’s compliance with environmental laws and regulations, its financial resources to follow environmental mandates and its plans to adhere to current and future emission reduction mandates among other considerations.

PNC’s decision poses another challenge to the coal industry, which has resorted to mountaintop removal practices because it is less expensive than traditional mining and requires fewer workers.

In addition, the use of coal to generate power has faced mounting questions over the levels of greenhouse emitted to the atmosphere. The Environmental Protection Agency last summer introduced the Clean Power Plan for reducing carbon emissions from coal-fired power plants. If adopted, it is likely that numerous older plants will be shuttered rather than face expensive upgrades.

PREVIOUS: Cardinal Egan’s ‘pearl of great price’ described as his faith in Jesus

NEXT: Bishops urge people to pray for those who face religious persecution