Missionary priests killed in Peru remembered for commitment to faith 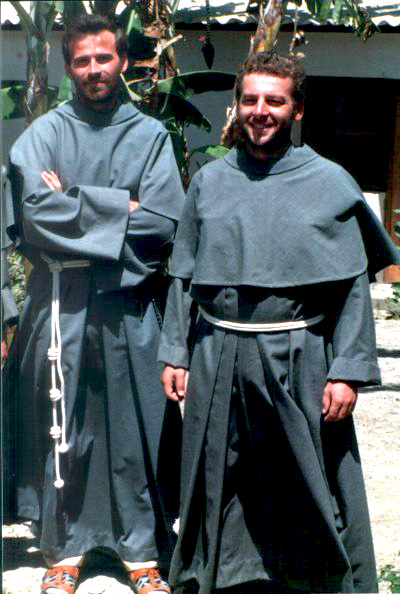 Their beatification later this year “will also mobilize and challenge us, since these were young priests who, despite the dangers facing them, refused to escape and remained faithful to the end,” Father Szewek said.

A third priest, Father Alessandro Dordi, a diocesan priest from Bergamo, Italy, killed by the Peruvian insurgents soon after the Polish priests’ deaths, will be beatified with them Dec. 5 in the Diocese of Chimbote, Peru, where they served. All three were killed by Shining Path guerrillas, a militant wing of Peru’s Communist Party.

Pope Francis recognized the martyrdom of the priests Feb. 3 along with that of Archbishop Oscar Romero of El Salvador, who was assassinated while celebrating Mass on March 24, 1980. Beatification is a step toward sainthood.

Father Szewek said the fate of the Franciscans, who provided food and medicine while ministering to their Peruvian parishioners during a cholera outbreak, was a reminder that missionary work involves both a spiritual and a charitable “duty of care.”

He explained that their recognition as martyrs by Pope Francis also offered “proof that missionary work makes sense,” and would be “the greatest possible gift” for the church in Peru, Poland and Italy, as well as for the Franciscan order.

Shining Path launched an armed struggle in 1980. It began fading in 1992 after its leader was arrested. Up to 70,000 people were killed by insurgent and government forces during two decades of fighting, according to a 2003 Truth and Reconciliation Commission report.

Father Strzalkowski, 33, and Father Tomaszek, 30, were killed Aug. 9, 1991, near their mission at Pariacoto in the Andes Mountains, while Father Dordi was shot Aug. 25 near Vinzos.

A Catholic nun working at the Franciscans’ mission, Sister Berta, said a group of masked guerrillas arrived at the Pariacoto church during Mass and abducted the Polish priests, who refused to hand over three novices. The guerrillas accused the priests of impeding the armed struggle and representing “imperialism and the Yankees,” and they shot and stabbed the Franciscans and Pariacoto’s mayor along a road.

The guerrillas left a placard, daubed in the priests’ blood, with the words, “This is what happens to lackeys of imperialism.” 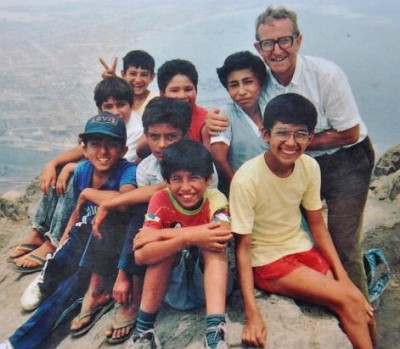 Father Alessandro Dordi as seen in this undated photo poses for a photo with Peruvian children. (CNS photo/courtesy Cecopros)

Father Dordi, 60, who began work at nearby Santa in 1980, was shot when guerrillas stopped the pickup in which he was riding with two seminarians on the way to Mass.

The beatification process for the priests was launched in 1996 by the Chimbote Diocese.

Father Szewek said the Franciscans could have avoided death by heeding warnings that Shining Path units were approaching, but had “shown deep faith in God” by staying with their people.

“For people today, who often fear the consequences of professing their faith, these examples show (that) martyrdom, far from being something from the past, is present in our own times as well,” he explained.

Born to a devout Catholic family near Wadowice, Father Tomaszek enrolled in the Franciscans’ minor seminary at Legnica in 1975. He joined the order five years later and was ordained in 1987. After two years at a Franciscan parish in Piensk, he was sent to the order’s new Peru mission in July 1989.

Father Strzalkowski, from Tarnow, trained as a mechanic before joining the Franciscans in 1979. He was ordained in 1986 and spent two years as deputy rector of the Legnica seminary before leaving for Peru in November 1988.

Father John Collins, an Irish priest who was evacuated to Chile after working at a neighboring mission in Peru, described the Franciscans as “fine, dedicated priests,” whose status as martyrs had been immediately recognized.

He said that conditions had become “very frightening” for Catholic clergy after Shining Path announced a seven-year plan to ensure all priests and nuns “swam in their own blood.”

“They said we were delaying the revolution by feeding and helping the poor, but to brand Polish and Irish priests imperialists suggests the (guerrillas) had a hazy knowledge of history,” said Father Collins, who worked at rural missions in Peru and Ecuador from 1989 to 1997.

“I think their beatification will be a great boost for the local church and an acknowledgment for the thousands of poor rural people who suffered and died during those terrible years,” he added.

The Franciscan launched a nine-month novena in preparation for the December beatifications.

The Diario de Chimbote daily said retired Bishop Luis Bambaren Gastelumendi of Chimbote, who was the ordinary at the time of the killings, had requested the beatifications during talks with the pope in October.

In a statement, Bishop Francesco Beschi of Bergamo said Father Dordi had given “supreme witness” after “devoting himself entirely to the evangelical mission,” adding that his beatification would be a great joy for those who knew him.

NEXT: Australian prelate maintains innocence after charges of hiding abuse