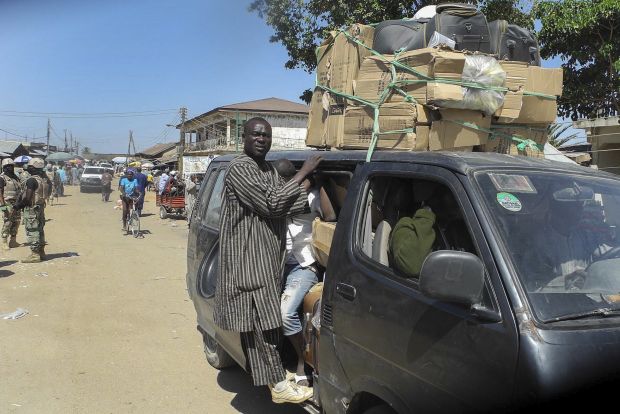 “We deplore the fact that young children are used to commit such crimes, and the fact that young Nigerians are used by politicians to intimidate and inflict violence on their political opponents is a disturbing symptom of breakdown of family values in our society,” the bishops said at the end of a five-day meeting on the theme, “Good Families Make Good Nations.”

“We wonder: Who are the parents of these young Nigerians? Do these young ones not belong to families?” it said.

It said that many families were currently facing challenges caused by the Boko Haram insurgency and the heightened tension occasioned by the coming general elections, now scheduled for March 28 and April 11.

It added that the insurgency had resulted in people being forced to flee their homes, innocent people killed and families separated.

“Our hearts go (out) to children separated from their parents, especially our beloved daughters, the Chibok girls, and others who have been abducted by mindless terrorists. We think of many others who live in camps far away from their homes lost in the insurgency,” it said.

The statement also paid tribute to Nigerian soldiers and other security operatives who had died while fighting the insurgency.

It a section on the election, the bishops said they had been witnessing “an electioneering campaign largely devoid of issues of national interest but full of threats of violence, falsehood, rumor-mongering, mudslinging and suspicion,” the bishops said.

“It is clear that Nigerian politicians, with very few exceptions, speak and act in ways that negate the consciousness of a nation as a family, a community of persons in pursuit of the common good,” the bishops said. They urged all Nigerians to see themselves as members of the same family — the family of Nigeria.

The bishops urged Nigerians to rediscover, protect and promote the value of the family in their nation. This task requires the synergy of the family, the church and other religious bodies, and the whole society, it said.

NEXT: U.S. priest to Irish safeguarding meeting: Church not haven for abusers