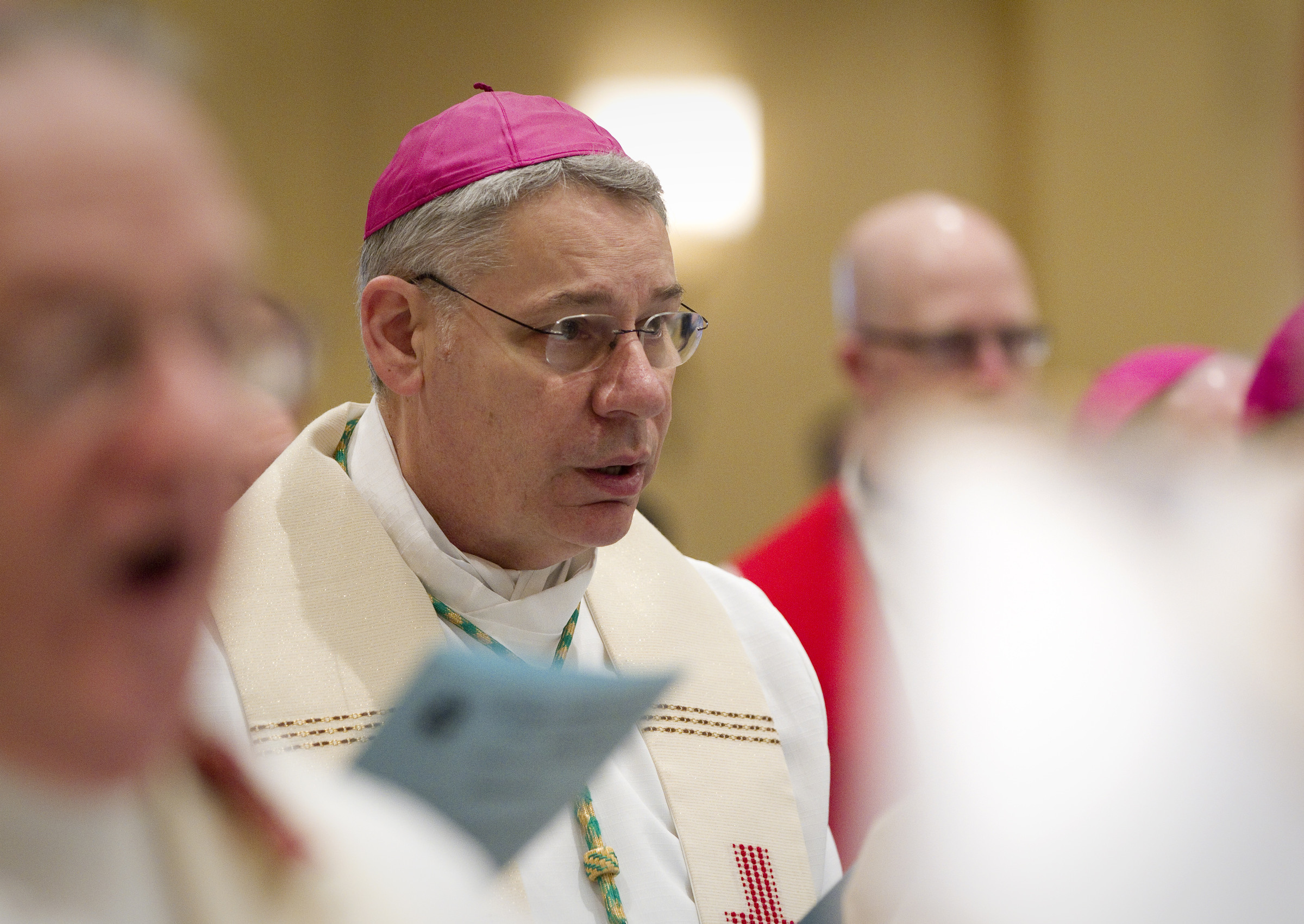 The archbishop was named administrator after the April 21 resignation of Bishop Robert W. Finn, and he will serve in that capacity until a successor to the bishop is named.

“I have an awareness of the vitality and beauty of the Catholic community in northwest Missouri,” Archbishop Naumann said in a statement. “Living in the same media market, I am also keenly conscious of some of the challenges and difficulties this diocese has suffered in recent years.”

Archbishop Naumann was referring to Bishop Finn’s conviction in 2012 on one misdemeanor count of failing to report suspected child abuse. The situation developed after a diocesan priest’s computer was found in 2010 to have contained child pornography, but the diocese did not report the situation to civil authorities for another six months.

The Vatican announced that Pope Francis accepted Bishop Finn’s resignation under the terms of the Code of Canon Law, which says: “A diocesan bishop who has become less able to fulfill his office because of ill health or some other grave cause is earnestly requested to present his resignation from office.” The Vatican offered no further comment.

Last September, amid ongoing tumult in the diocese including calls for Bishop Finn to either resign or be removed, Canadian Archbishop Terrence Prendergast of Ottawa, Ontario, conducted an apostolic visitation to the Diocese of Kansas City-St. Joseph at the Vatican’s behest.

In November, Cardinal Sean P. O’Malley of Boston and head of the Pontifical Commission for the Protection of Minors, told the CBS newsmagazine “60 Minutes” the situation with Bishop Finn was “a question that the Holy See needs to address urgently,” adding, “There’s a recognition of that … from Pope Francis.”

In his April 21 statement, Archbishop Naumann said, “The role of an administrator is for a very short season. This will not be a time for innovation or change, but a time to sustain the ordinary and essential activities of the church and where possible to advance the initiatives that already are underway.”

He added, “We seek our Blessed Mother’s intercession that her Son might bless abundantly the Catholic community of northwest Missouri during this time of transition.”

Transition also was the theme of a brief, two-sentence statement issued the same day by Archbishop Robert J. Carlson of St. Louis.

“Our thoughts and prayers are with the clergy, religious and faithful of the Diocese of Kansas City-St. Joseph at this time of transition,” he said. “The Archdiocese of St. Louis stands ready to support those entrusted with the interim care of the diocese in any way.”

“Bishop Finn did not take a cavalier attitude toward his (Father Ratigan’s) misconduct. If he had, Ratigan’s problem would have been ignored altogether,” Donohue said in an April 21 statement. “Our prayers are with Bishop Finn, and we thank him for cleaning up the mess he inherited.”

Anne Barrett Doyle, co-director of BishopAccountability.org, called the resignation of Bishop Finn “a good step but just a beginning.”

“The pope must show that this decision represents a meaningful shift in papal practice — that it signals a new era in bishop accountability,” she said in an April 22 statement.

“What no pope has done to date is publicly confirm that he removed a culpable bishop because of his failure to make children’s safety his first priority,” Doyle added. “We urge Pope Francis to issue such a statement immediately. That would be unprecedented, and it would send a bracing message to bishops and religious superiors worldwide that a new era has begun.”

David Clohessy, director of the Survivors Network of Those Abused by Priests, called Bishop Finn’s resignation “a tiny but belated step forward.”

“One pope has finally seen fit to oust one bishop for complicity in clergy sex crimes. That’s encouraging,” Clohessy said in an April 21 statement. “But it’s only a very tiny drop of reform in an enormous bucket of horror. (Bishop) Finn’s departure will, in the short term, make some adults happier. By itself, it won’t, in the long term, make many kids safer.”

In a statement issued upon his resignation, Bishop Finn said, “It has been an honor and joy for me to serve here among so many good people of faith. Please begin already to pray for whomever God may call to be the next bishop of Kansas City-St. Joseph.”

PREVIOUS: Ambiguities about Serra should not discount sainthood, panelists say