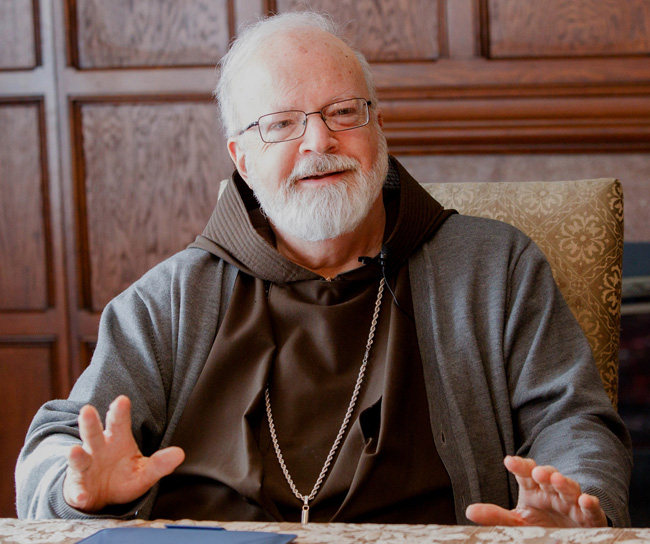 VATICAN CITY (CNS) — Four lay members of the Pontifical Commission for the Protection of Minors met with one of Pope Francis’ top cardinal advisers at the Vatican April 12 to voice their concerns about the appointment of a Chilean bishop, accused of covering up for an abusive priest.

The four said in a written statement the same day that Cardinal Sean P. O’Malley of Boston, who is also the protection commission’s president, “agreed to present their concerns to the Holy Father” about the nomination of Bishop Juan Barros to the Diocese of Osorno, Chile.

The bishop had been accused of covering up for a priest who was known to have committed sexual abuse. Bishop Barros, however, denied having had knowledge of Father Fernando Karadima’s criminal behavior, prior to news about the abuse in the press.

Commission member Marie Collins from Ireland expressed her satisfaction with their discussion at the Vatican, posting on her Twitter feed April 13 that she was “heading home after a good meeting” with Cardinal O’Malley.

The three other members of the 17-person commission at the 30-minute meeting included Peter Saunders, Dr. Catherine Bonnet and Baroness Sheila Hollins. Collins and Saunders are both survivors of clerical sex abuse.

“Although we are not charged with dealing with individual cases, the protection of minors is our primary concern,” the four members said in their statement. “The process of appointing bishops who are committed to and have an understanding of child protection is of paramount importance.”

Bishops, they said, must be able to “enact effective policies” on sex abuse and “carefully monitor compliance.”

The commission members had scheduled their meeting with Cardinal O’Malley to coincide with his arrival in Rome for another weeklong session of the nine-member Council of Cardinals, set to start April 13.

NEXT: With Vatican reorganization, new cardinals head into curia