Archbishop cites Olympic champion, says migrants should not be feared 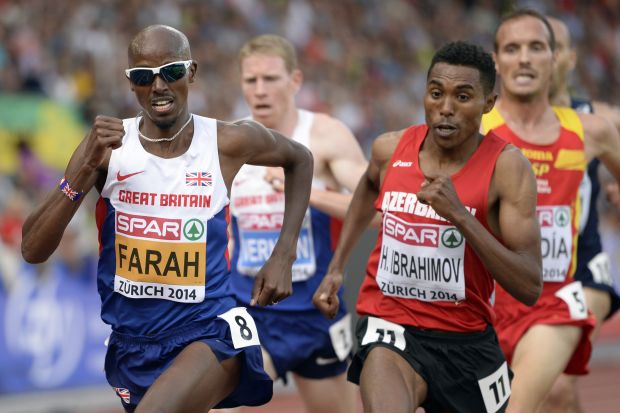 MANCHESTER, England (CNS) — An English archbishop has reminded Catholics of the achievements of one of their country’s most famous migrant athletes just days ahead of a general election in which immigration will feature as a major issue.

Archbishop Peter Smith of Southwark, vice president of the Bishops’ Conference of England and Wales, held up Mo Farah as an example of why migrants should not be feared, saying his life was a “wonderful story of optimism and hope.”

In a homily during a May 4 Mass for migrants in St. George’s Cathedral in London, he described Farah as a migrant from Somalia who was now considered to be “the U.K.’s greatest-ever distance runner.”

Farah, who won gold medals for Britain in 5,000- and 10,000-meter races at the 2012 London Olympics, arrived in London from Mogadishu “at the age of 8 and speaking very little English,” Archbishop Smith said.

“Just before the 2012 Olympic Games,” the archbishop continued, “a journalist asked Mo if he would prefer to run in the games as a Somali, and Mo responded: ‘Look mate, this is my country. This is where I grew up; this is where I started life. This is my country and when I put on my Great Britain vest, I’m proud. I’m very proud.'”

Archbishop Smith said, “We can be rightly proud of him, and so many other migrants to this country who, living here in peace and security, are fulfilling their potential and whose lives are flourishing to the benefit of our whole society.”

His words came just days before Britain goes to the polls to vote for a national government in a general election May 7.

Immigration is featuring heavily as an issue for the first time because the United Kingdom is accepting migrants at the rate of 300,000 a year in a phenomenon of mass migration that has accelerated since poorer former communist countries such as Poland, the Czech Republic, Bulgaria, Romania and Lithuania joined the European Union over the last decade, winning freedom of movement within the bloc for their citizens.

Pressure on schools, housing, health services and transportation has caused some Britons to express frustration with the inability of the major parties to control the country’s borders.

The UK Independence Party, which seeks to halt migration by leaving the European Union, has emerged as the largest British party in the European Parliament following elections of 2014 and is poised to take votes from the largest mainstream parties in the general election, with a hung Parliament the most likely outcome.

In election guidance issued in February, the English and Welsh bishops listed membership in the EU and asylum and immigration as issues Catholics should consider before casting their votes.

Archbishop Smith, an author of the document, returned to the subjects in his May 4 homily.

“There are no simple answers to how we cope with these issues,” he said. “However, we must continue to recognize and uphold the fundamental dignity of every human person, whatever their circumstances, and the right of people to migrate, so that they are enabled to find peace, security and hope for a better life and the opportunity to realize their God-given potential.”

“The church clearly upholds and recognizes the right of a sovereign state to control its borders in furtherance of the common good. But there are no easy answers to the question of balancing the common good of resident citizens and, at the same time, reaching out and helping the most vulnerable and disadvantaged people, both in our own society and those who seek to come from other countries.

“So we must pray for our politicians and our government, both national and local,” said the archbishop.