Care for the poor must be top concern for bishops, some say 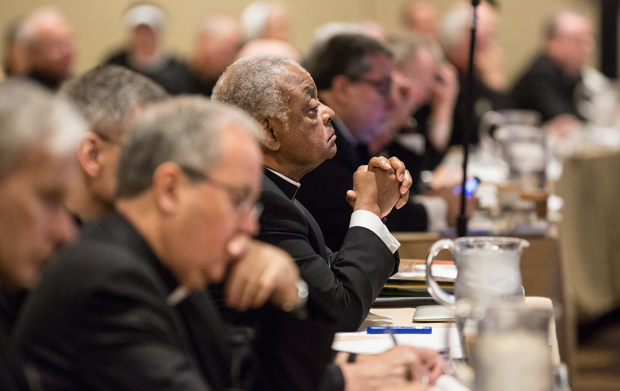 ST. LOUIS (CNS) — After a presentation about future priorities for the U.S. bishops at their spring general assembly in St. Louis, several bishops stepped up to microphone emphasizing that care for the poor has to be a top concern.

“Don’t forget the poor,” Cardinal Theodore E. McCarrick, retired archbishop of Washington, urged the bishops June 11. “If we do all these wonderful things, and don’t obviously remember the poor, we’re losing the star moment of this extraordinary Holy Father,” he said.

He was not the only one to make this point and link it to the words and example of Pope Francis. Several bishops found fault with the draft document outlining the priorities and strategic plans for the U.S. Catholic Conference of Bishop for 2017-2020, saying it did not put enough emphasis on helping those in need.

Some bishops said the draft was too similar to previous USCCB priority statements. Archbishop Joseph W. Tobin of Indianapolis said it should reflect the “newness of Francis” and include language stressing a “preference for the marginalized.”

Bishop George L. Thomas of Helena, Montana, also said he was disappointed with the draft and urged fellow bishops to “throw our collective weight” into helping those in need. “There needs to be much greater visibility to the plight of the poor,” he added. 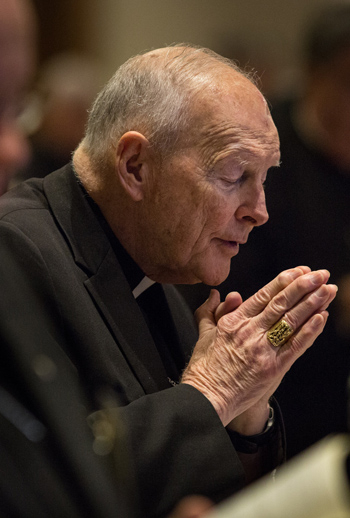 The proposed draft of USCCB’s priorities and plans was presented to the bishops for a vote, and after the animated discussion, they OK’d the draft with a 165-14 vote — and three abstentions — so it could be reworked to incorporate the feedback.

Archbishop J. Peter Sartain of Seattle, USCCB secretary and chairman of the Committee on Priorities and Plans, along with Archbishop Gregory M. Aymond of New Orleans, USCCB secretary-elect, presented the draft document.

The list of USCCB priorities was developed from survey responses from U.S. bishops and the National Advisory Council, a 48-member group that advises the bishops on various issues. “This is only the beginning of our work,” Archbishop Sartain said, pointing out that it involves the input of several bishops’ committees and that the final plan would not take effect until 18 months from now, but it will be voted on by the full body of bishops at the their general assembly in November.

The priorities listed in the draft are:

— Family and marriage: Urging Catholics to embrace the sacrament marriage, providing formation for married couples and youths and reaching out to broken families.

— Evangelization: Going out into communities with the message of Gospel and bringing healing to those who have left the church or who don’t attend.

— Religious freedom: Defending it in the public square, advocating for those who have been persecuted and building a support movement beyond the Catholic community.

Each priority then has what is described as an “emphasis area” that gives more detailed explanations.

Chicago Archbishop Blase J. Cupich said the bishops should give equal priority to their efforts to reform U.S. immigration policy which has “an enormous impact on family life and marriage” and called it “stunning” that the draft document only used the word advocacy with religious freedom.

Archbishops Sartain and Aymond told reporters in an afternoon news conference that the discussion about changes needed in the draft document did not surprise them.

“Frankly the discussion today was precisely what I was expecting. … It was extremely helpful to us,” said Archbishop Sartain.

He said revising the draft to “find the direct and precise ways to show the emphasis on the poor that Pope France has brought to us” will be easy to do, noting that several bishops came up to him after the discussion suggesting places where this wording could be inserted.

This will not be a change, he said, but “what we intended all along.”

Archbishop Aymond similarly noted that the bishops’ suggestions would be integrated into the list already made, and that for example, caring for the poor would not become a separate priority.

NEXT: Historic number of Catholics to seek U.S. presidency in 2016