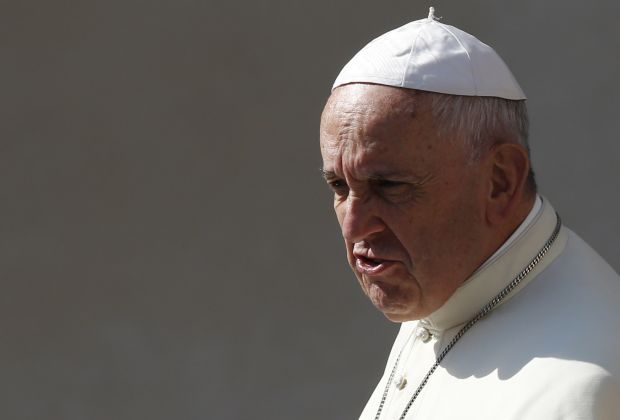 VATICAN CITY (CNS) — Pope Francis has approved new procedures for the Vatican to investigate and judge claims of “abuse of office” by bishops who allegedly failed to protect minors and vulnerable adults from sex abuse.

The procedures will include a new “judicial section” within the Congregation for the Doctrine of the Faith that has a papal mandate to “judge bishops with regard to crimes of the abuse of office when connected to the abuse of minors,” the Vatican said in a written statement June 10.

The announcement came at the end of a series of consultations the pope had with his international Council of Cardinals, which met at the Vatican June 8-10.

U.S. Cardinal Sean P. O’Malley of Boston, a member of the so-called C9 group of cardinal advisers and president of the Pontifical Commission for the Protection of Minors, presented to the council and the pope a number of proposals for greater accountability of bishops in dealing with cases of clerical sexual abuse.

Originally prepared by the protection commission, the proposals were later expanded and given unanimous approval by the Council of Cardinals and the pope June 8, the Vatican said.

While the Code of Canon Law already stipulates that bishops hold certain responsibilities, there had been no permanent system or trained staff to deal with reporting, evaluating and judging claims that a bishop had failed to fulfill his responsibilities linked to handling suspected and known cases of sex abuse, said a source familiar with the discussion.

Previously, the Congregation for Bishops would send out a different ad hoc group to investigate each case, the source added.

Now a specific “procedure is defined for how to deal with these cases,” which also will allow for an investigation and judicial process to be carried out in a more timely manner, Jesuit Father Federico Lombardi, Vatican spokesman, told reporters.

The new process also means people who want to make a claim — and anyone can do so — will know more clearly whom to go to if a serious crime of negligence is suspected, the source told Catholic News Service.

Cardinal O’Malley gave the council and Pope Francis a full report about the proposed procedures, but the Vatican released only a list of the “five specific proposals made to the Holy Father,” which subsequently received his full approval and can be considered to have gone into effect.

The Vatican statement said the three Curia offices that have oversight of the world’s bishops — the congregations for Bishops, for the Evangelization of Peoples and for Eastern Churches — were now authorized “to receive and investigate complaints of the episcopal abuse of office.”

“There is the duty to report all complaints to the appropriate congregation,” it said.

The pope mandated the doctrinal congregation be in charge of judicial procedures regarding charges of “abuse of office” and that it establish a special section with the proper staff and resources to carry out its work.

The pope was to appoint a secretary of the new judicial section and to authorize the appointment of the personnel needed for “penal processes regarding the abuse of minors and vulnerable adults by clergy.”

The pope still would have to approve the removal of a bishop from office if he was found by the tribunal to have been negligent in his duties, Father Lombardi said.

The new procedures will be reviewed in five years and may be amended, the statement said.

The Council of Cardinals also told the pope they agreed with a proposal for creating a new dicastery that would encompass the Vatican’s many communications structures and gradually integrate them over the next four years.

The council heard the proposal from the new Commission for the Vatican’s Communications Media, headed by Msgr. Dario Vigano, director of the Vatican Television Center.

The five-person commission was established by the pope in April to find ways to implement a series of recommendations for streamlining, modernizing and making more cost-effective the Vatican’s communications outlets.

The commission presented the cardinals’ council with a plan that would see “a gradual integration” of nine Vatican media operations while protecting people’s jobs, the Vatican statement said. The plan includes “the establishment in the next months of a dicastery and the appointments necessary to launch the process.”

Australian Cardinal George Pell, head of the Secretariat for the Economy, gave a full report on the latest financial reforms at the Vatican, the Vatican statement said.

The cardinal said the Council for the Economy had set up separate working groups: to analyze revenues and investments; study human resources management; and review existing information technology, its compatibility and effectiveness.