Hundreds rally for life, respect for women in Phila. 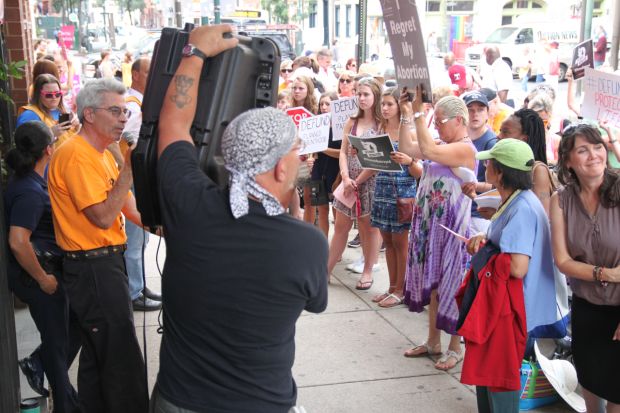 About 200 people joined a "Women Betrayed" rally to witness for life near an abortion facility July 28 in center city Philadelphia. 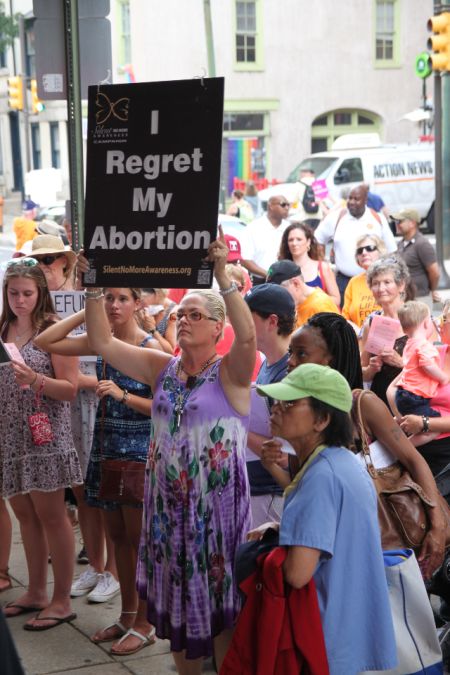 More than 200 pro-lifers braved hot and humid weather to participate in a “Women Betrayed” rally July 28 at the Planned Parenthood clinic at 12th and Locust streets in center city Philadelphia.

The rally was part of a series held that day in some 65 cities across the United States, spearheaded by Students for Life and Pro-Life Future.

After prayers by the participants, Pro-Life Union’s Executive Director Edel Finnegan reminded everyone of the videos and how “women have been deceived by the lies of Planned Parenthood for decades.”

During the rally chants of “Defund Planned Parenthood” rose from the crowd.

Pro-life advocate Patrick Stanton asked everyone to pray for those who work at Planned Parenthood so “that they may turn away and accept life. Why choose death over life?” he asked.

Maria Malone, co-founder of the North Wales-based nonprofit Adoption is a Loving Option, spoke about how to encourage women to choose life. She said Planned Parenthood refers one mother out of 50 for adoption over abortion because they “make money on abortion by betraying women and not educating them on all options available. Birth mothers have the right to contact adoptive parents on their child’s growth.”

Jewels Green, a former staff member of a Planned Parenthood clinic in Allentown, said in 1989 she was pregnant and in an abusive relationship. She obtained an abortion that has haunted her ever since. Over time she could no longer work for the facility and walked away from her job.

“Abortion fails the needs of women,” Green said. “I was never told of the repercussions of an abortion. To those who work at Planned Parenthood, there’s time to walk away.”

Kendra Outterbridge, a mother of six, considered an abortion 10 years ago and contacted the pregnancy hotline (610-626-4006) staffed by Pro-Life Union volunteers. As a result of “the facts that I was presented,” she said, she brought her baby to term.

“I remember working at an abortion facility and I realized two things,” Outterbridge said. “One, the doctors there had no compassion. Two, they ran the place like a chop shop.”

The Pro-Life Union helped Outterbridge study to be a nurse so she can support her family.

“Young people have great power and want to do what’s right, which is heroic and it starts with us,” Outterbridge said. “Women deserve better than abortion and need our help. Continue to stand up for life and invite others to do the same.”

The rally closed with songs and silent prayer led by Father Christopher Walsh, pastor of St. Raymond of Penafort Parish and spiritual adviser for the Pro-Life Union.

In his talk, he paralleled the mass killings of the holocaust to abortions performed at Planned Parenthood facilities.

“There’s no difference between the two,” Father Walsh said. “It’s time to stop the killing. Pregnancy is not an illness. God has a better plan for us and we must carry it out.” 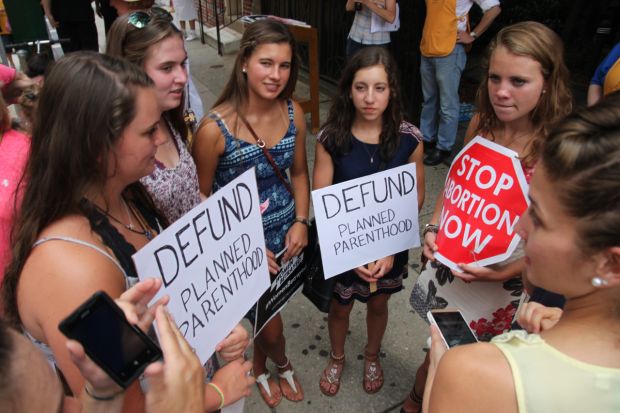 Young women and girls participate in the “Women Betrayed” rally July 28 in Philadelphia.