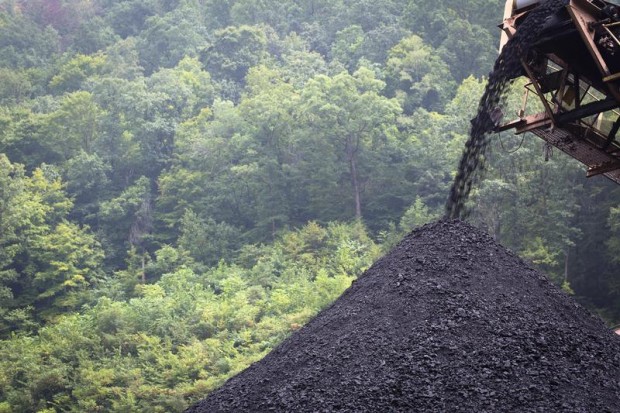 WASHINGTON (CNS) — The Catholic Committee of Appalachia has called on the 26 bishops of the region to engage Catholics in the pews, the mining industry and elected officials on Pope Francis’ encyclical on the environment. (See the full statement.)

Members of the organization, which includes dozens of parish and organizational representatives throughout the 13-state region stretching from New York to Mississippi, asked the bishops “to speak boldly and act publicly” in response to the encyclical.

Brian DeRouen, chair of the committee’s board of directors, said the organization decided to urge the bishops to address the encyclical in homilies and parish programs.

The call comes after the organization learned of public statements by Bishop Michael J. Bransfield of Wheeling-Charleston, West Virginia, which seemed to downplay the urgency to reduce and eventually end fossil fuel usage as called for by the pope.

In West Virginia, where the coal industry remains powerful despite massive losses in employment since the 1980s amid declining demand for coal, such a call can be controversial.

In an interview with West Virginia Public Broadcasting June 21, Bishop Bransfield said the pope’s calls to action on climate change in “Laudato Si'” were conditioned on whether it was “economically feasible.”

“It’s not economically feasible in West Virginia,” he said.

The question of economic feasibility is not raised in the encyclical, however.

DeRouen said the Catholic Committee of Appalachia was concerned that the bishops of the region, which encompasses some of the nation’s poorest counties, would be more cautious about implementing the encyclical or even bypass it altogether because it addresses sensitive topics related to mineral extraction, lifestyles and overconsumption.

“We’re encouraging the bishops to engage on this. We’re saying to them, ‘Get involved. Mix things up. Ask questions,'” DeRouen told Catholic News Service.

Bishop Bransfield did not immediately respond to a request from CNS for comment.

A day before the encyclical’s release June 18, Bishop Bransfield in a statement on the diocesan website urged West Virginians to take time to read the document and to embrace its “overall message.”

“I would like to launch an appeal to responsibility, based on the task which God gave to man in creation: ‘to cultivate and protect’ the ‘garden’ in which humanity has been placed. I invite all to welcome with an open spirit this document, which places itself in the line of the church’s social doctrine,” the statement said.

Bishop John E. Stowe of Lexington, Kentucky, said he had received the committee’s correspondence and was “interested in exploring with them how we make this (encyclical) accessible to the people of the region.”

He told CNS he had been inspired by pastoral letters on the impact of poverty on people living in Appalachia by bishops in the region released through the Catholic Committee of Appalachia in 1975 and 1995, but that as a newcomer to Kentucky, he wants to learn more about the Lexington Diocese before making a blanket pronouncement on the pope’s encyclical

“Bishops have to be cautious about who they alienate as well as who they support,” he said.

The committee’s two-page statement to the bishops focuses on four key messages of the encyclical: connecting human and ecological concerns; identifying and working to rectify the root causes of poverty, unemployment and ecological destruction; moving away from using and investing in fossil fuels; and partnering more closely with grass-roots organizations to address ecological concerns in line with church teaching on subsidiarity.

“On the environment, everybody has to change their behavior. Even the person who drives a Prius and is a vegetarian. We are living a consumptive lifestyle that isn’t sustaining. Even the greenest of us,” said DeRouen, who with his wife and small staff operates Alderson Hospitality House supporting women inmates and visitors at the minimum-security Federal Prison Camp Alderson in eastern West Virginia.

DeRouen acknowledged that the Catholic Committee of Appalachia has taken a strong stance in pushing the bishops to act to bring the encyclical to people across Appalachia.

“These are strident times. We are talking about the future of the planet,” he said. “We are being strident on an issues that Catholics are not used to being strident about.

“There’s plenty in the Gospel that says what the pope just said in this encyclical. The media has already started to ignore it. We’re concerned we’re (the church) on the road to ignoring it as well. We need the bishops to say to the priests, ‘Talk about it, guys. Don’t let this opportunity slide by.’

“We’re here helping the bishops do a hard job.”