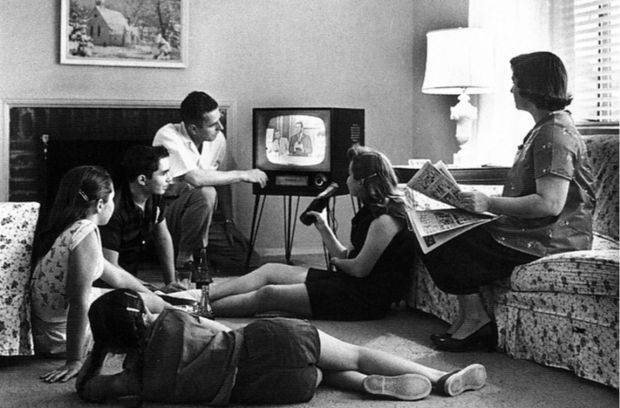 WASHINGTON (CNS) — As if it couldn’t get worse for the television industry.

Younger people are leaving TV for other modes of visual entertainment — the computer and the smartphone, for example. This makes TV viewing more and more the province of older Americans, who have been watching the boob tube ever since the kids of the baby-boom generation welcomed the first TV set their parents brought into the house.

Now a study, whose preliminary results were issued in July, suggests that the more TV you watch, the more likely you are to get Alzheimer’s disease.

The study was conducted by researchers at the Northern California Institute for Research and Education in San Francisco. The focus wasn’t squarely on TV, but it was on sedentary lifestyles — of which TV watching is an obvious part.

The study — which for 25 years has tracked 3,247 people, whose ages at the start ranged from 18 to 30 — investigated the association between sedentary lifestyles, cognitive performance and the risk of developing dementia.

Followed up over the next 25 years with questionnaires, and then with cognitive function tests after the end of the quarter-century, researchers said in their abstract, “Compared to participants with higher physical activity, those with low physical activity had an increased likelihood of low cognitive performance,” then added, “Results were similar for high television viewing.”

“We really don’t know how important some of these behaviors are,” Tina Hoang, the lead researcher on the study, told Catholic News Service in a July 30 telephone interview. On the subject of TV as a factor, she added, “there’s a few studies on older adults, but not very many.”

Hoang said the study is likely to continue for five more years. However, a research paper on work conducted thus far is in the pipeline for publication in early 2016.

The study’s approach is “a new concept in dementia research,” Keith Fargo, director of scientific programs and outreach for the Chicago-based Alzheimer’s Association, told CNS July 29. “It’s not what happens to you when you’re 60 or 65 to help you decrease your risk. We’re looking at lifetime risk factors.”

Just as parents teach their children healthy eating habits in hopes that they last a lifetime, parents may want to do the same for kids’ viewing habits while dealing with multiple screens, Fargo suggested.

“The takeaway from my perspective is that this is additional data indicating that you have to be aware of risk for dementia over the course of your entire life,” Fargo told CNS.

Previous research has shown that people who watch a lot of TV tend to grow disassociated from the reality happening outside their front door. And TV watchers who focus their viewing on the news tend to not want to associate with the world outside their door because they’ve acquired the sense that the world — as shown by the if-it-bleeds-it-leads mentality of TV news directors everywhere — is not a safe place.

Dr. Kristine Yaffe, a professor of psychiatry, neurology and epidemiology at the University of California in San Francisco and Hoang’s mentor, addressed reporters July 20 at the annual Alzheimer’s Association international conference in Washington.

“This is something you can do something about,” Yaffe said. Her prescription: Change your lifestyle and thus lower your risk. In other words, stop watching so much of the tube.