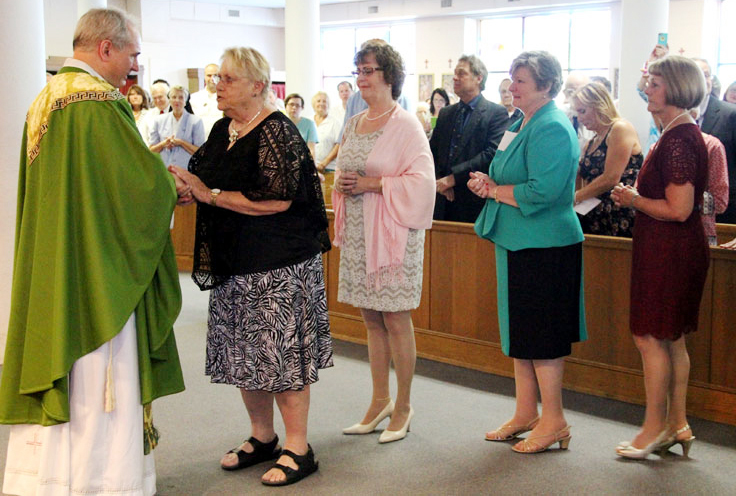 Parishioners of Holy Martyrs Parish in Oreland, Montgomery County, welcomed Father Jason Kulczynski as their new pastor at his installation Mass that he celebrated at the church Sunday, Aug. 9. See scenes from the Mass at the full church, located at Ulmer Avenue and Allison Road in the borough of Oreland. (Photos by Sarah Webb) 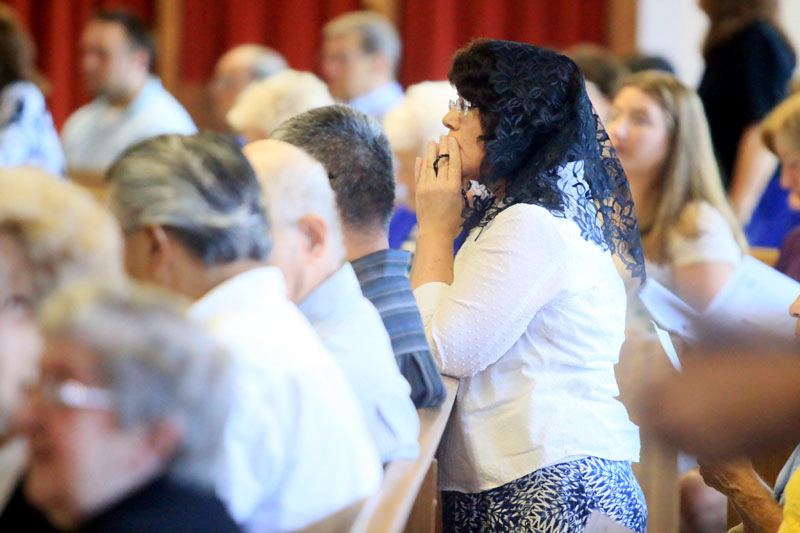 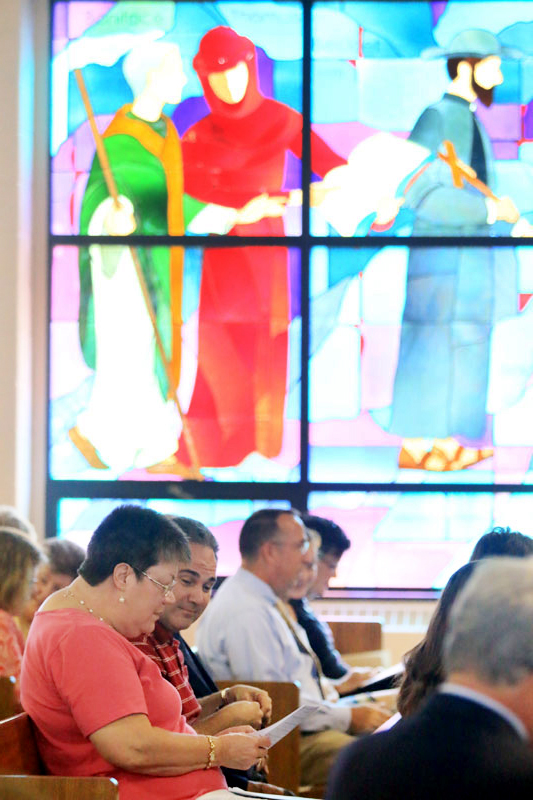 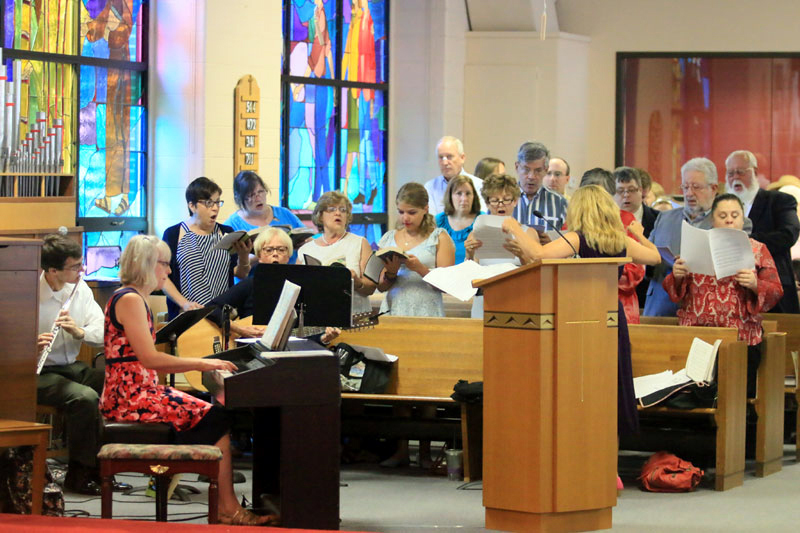 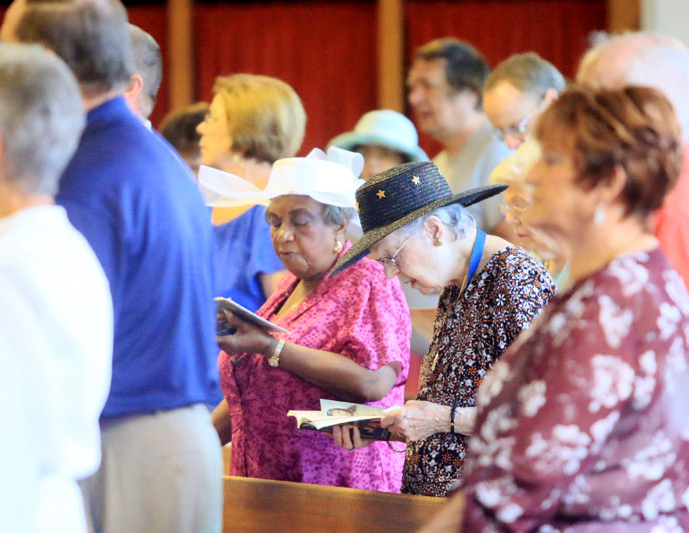 Dorothy Gomes (left) and Theresa Guida pray together at Mass. 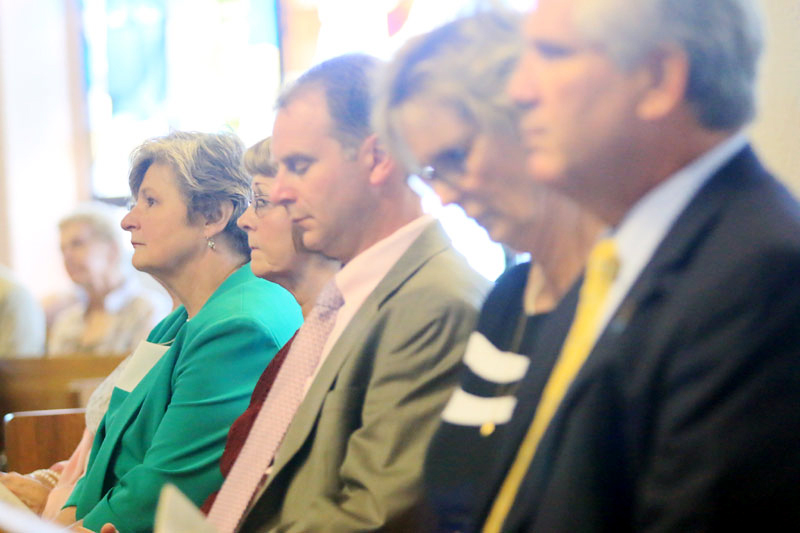 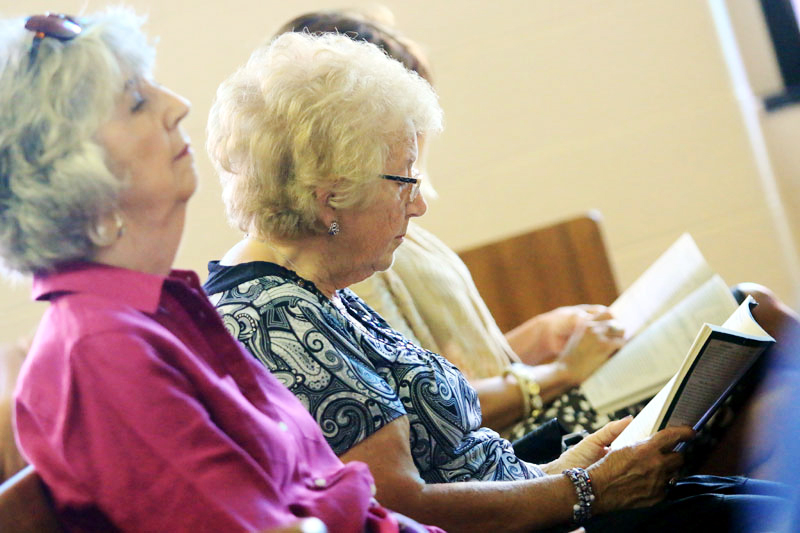 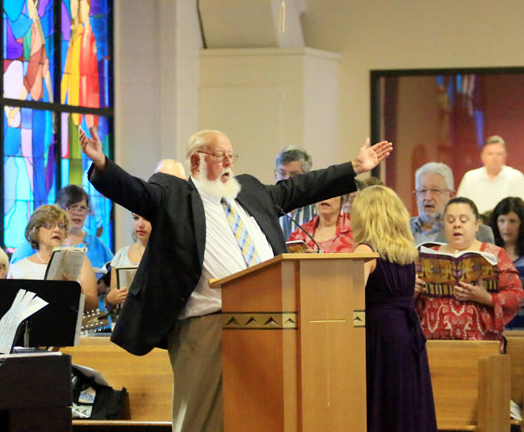 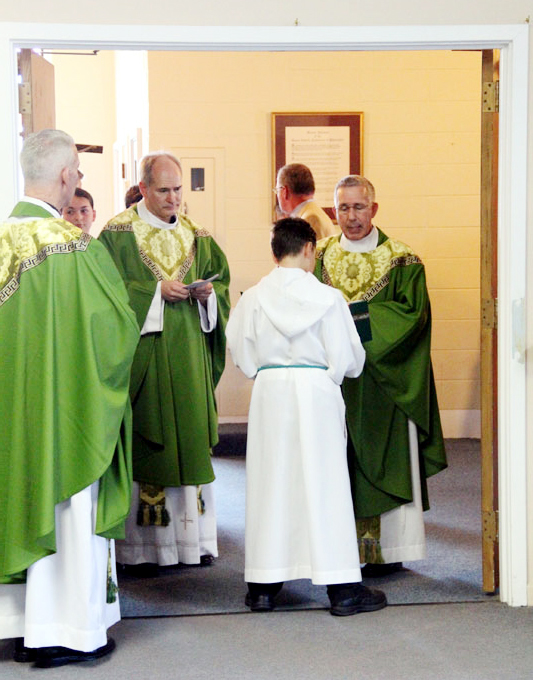 Msgr. Michael McCulken (right), officiating at the installation rite, hands over the keys of the parish church to Father Jason Kulczynski, pastor. 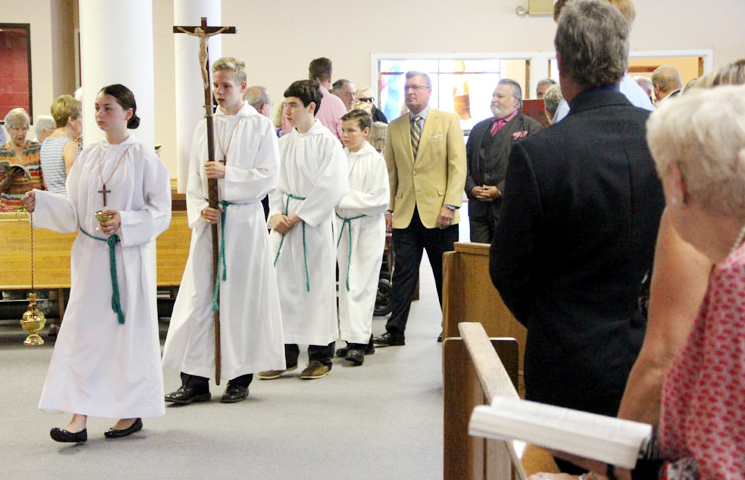 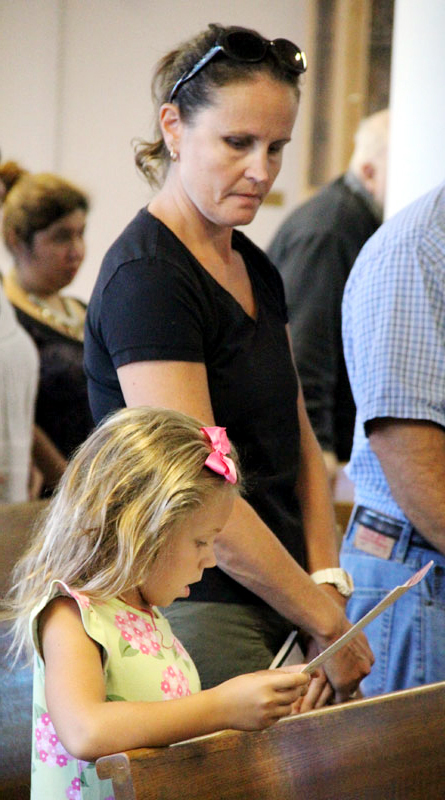 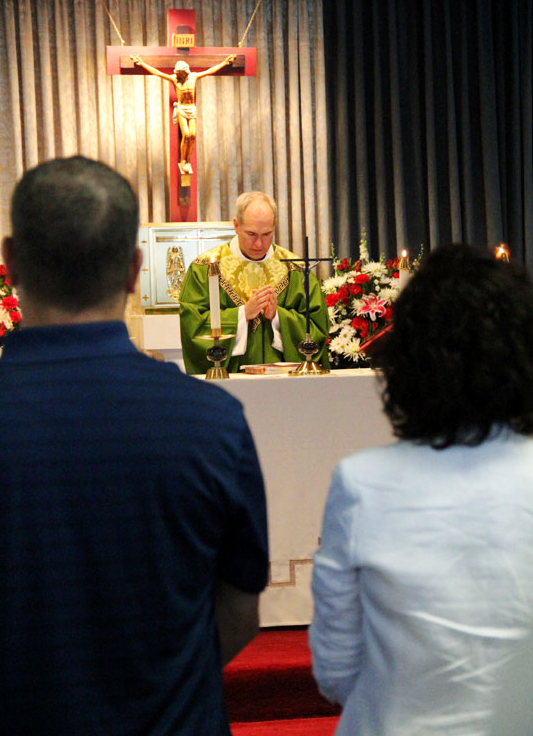 Father Jason Kulczynski leads the congregation in the profession of faith. 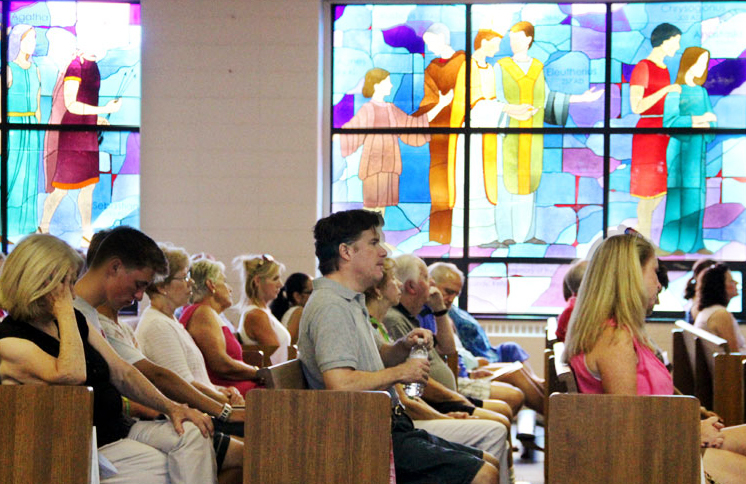 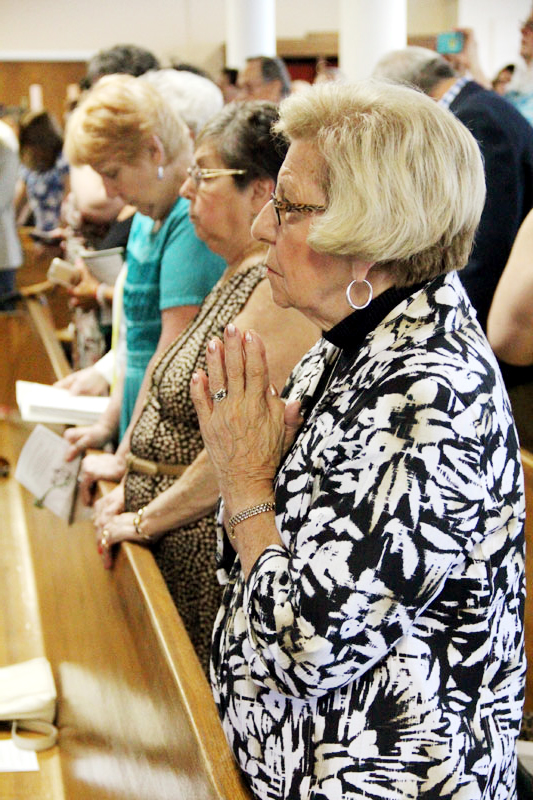 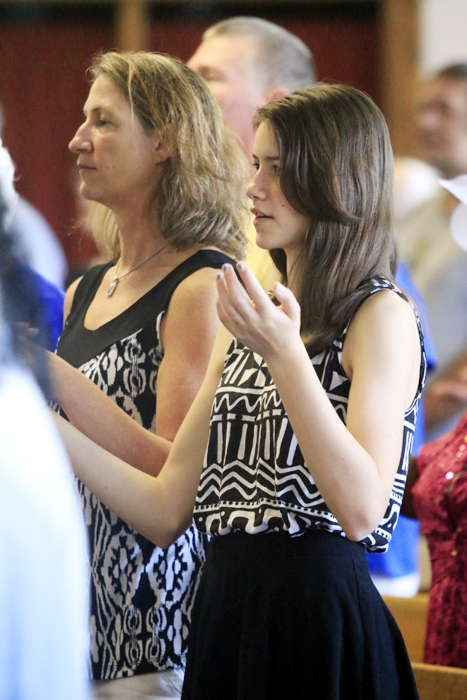 Jody Sweeney and her daughter Mary hold hands as they pray. 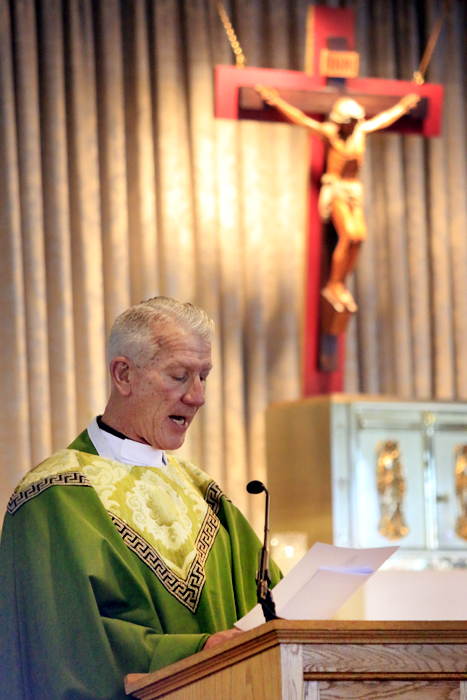 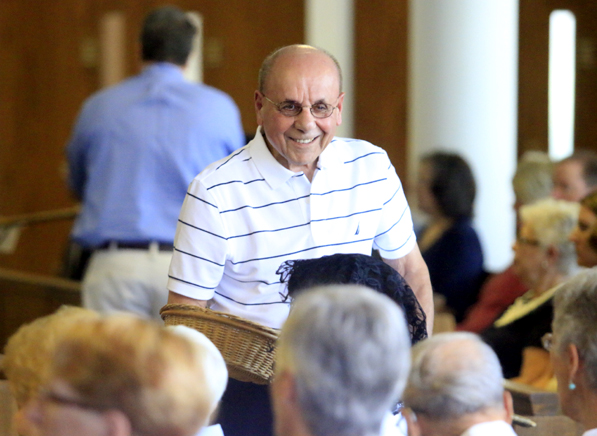 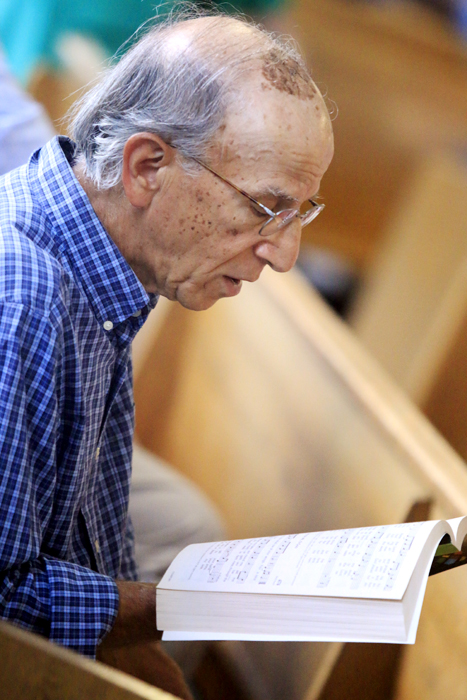 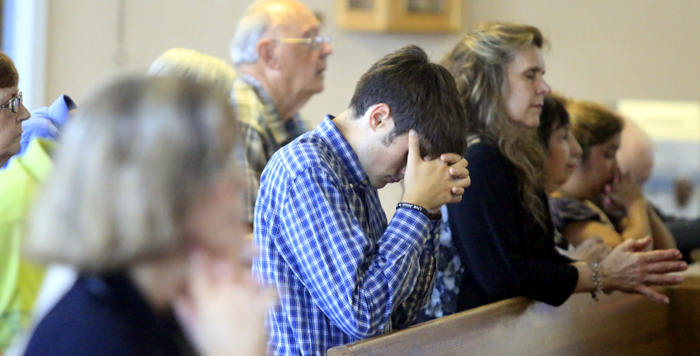 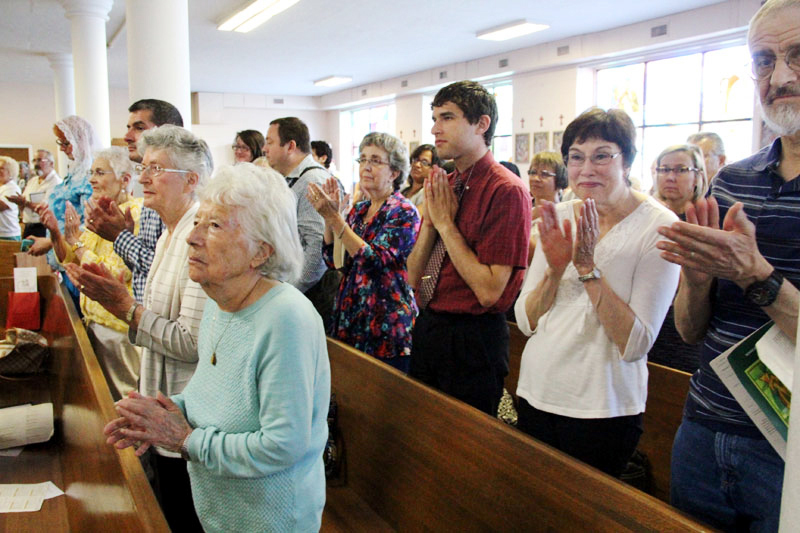 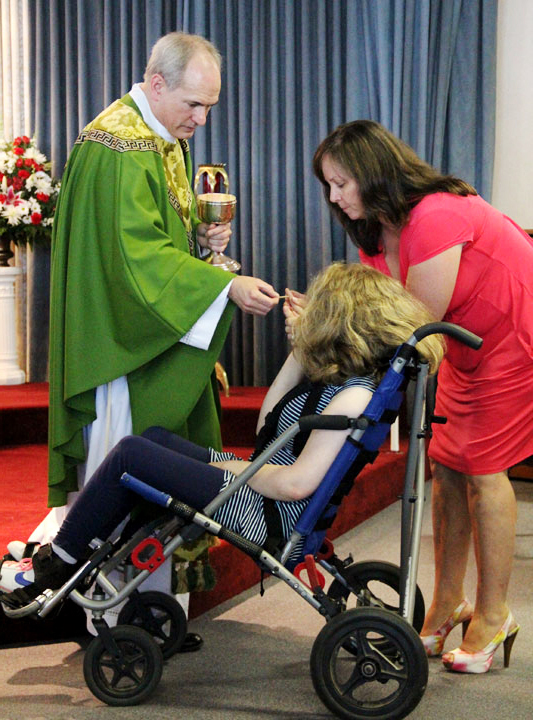 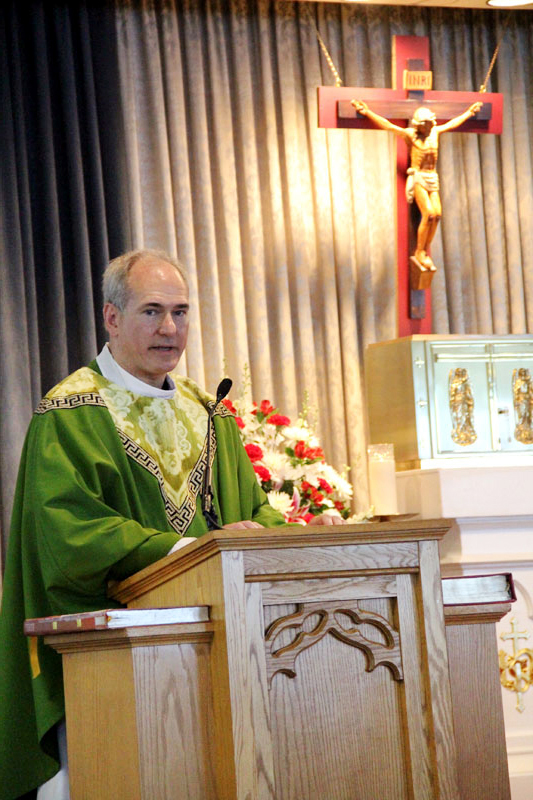 The pastor preaches the homily to his parishioners at the Mass. 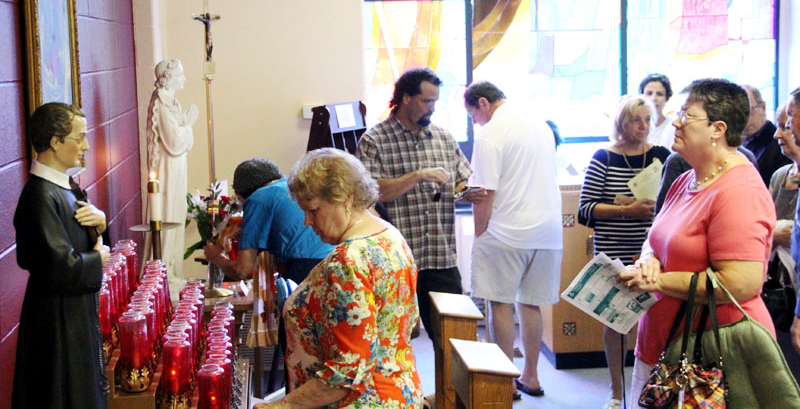 After Mass people visit the St. Philomena shrine in the church.

PREVIOUS: Across the Aisles: Warming up with the Papal Choir