Across the Aisles: Warming up with the Papal Choir 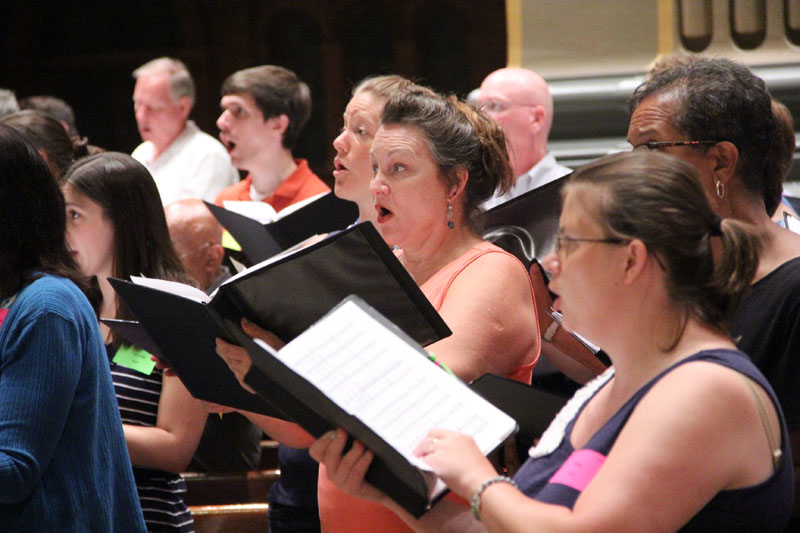 Some of the 500 members of the Papal Choir that will sing during the public Mass celebrated by Pope Francis Sept. 27 on the Benjamin Franklin Parkway in Philadelphia rehearsed together for the first time Aug. 3 at the Cathedral Basilica of SS. Peter and Paul. The singers are members of parish choirs throughout the Archdiocese of Philadelphia as well as the Archdiocesan Children’s Choir and Catholic high school choirs. Each person had to be nominated and pass an audition to join the Papal Choir.

The choir will rehearse intensively in six sessions lasting between two and three hours each, from July 27 to Sept. 20, at the cathedral. Two more rehearsals will take place just days before the Mass on Sept. 24 and 25 at the Kimmel Center with the world-renowned Philadelphia Orchestra, led by Music Director Yannick Nézet-Séguin. Between the choir and the orchestra, the music during the papal Mass promises to be a world-class offering to God in the liturgy. (Photos by Sarah Webb) 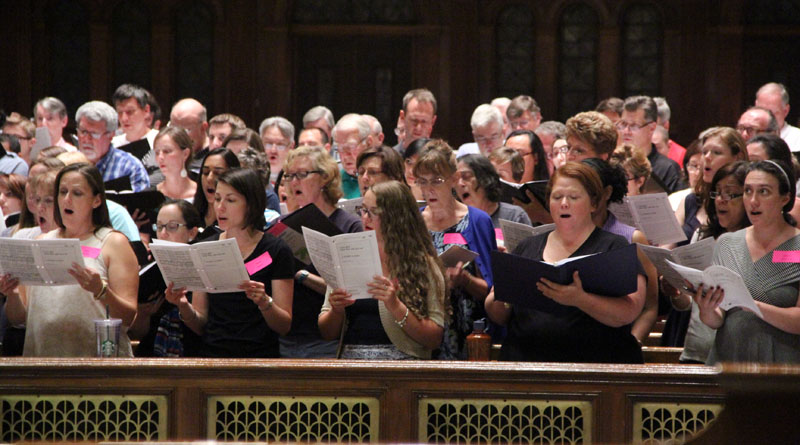 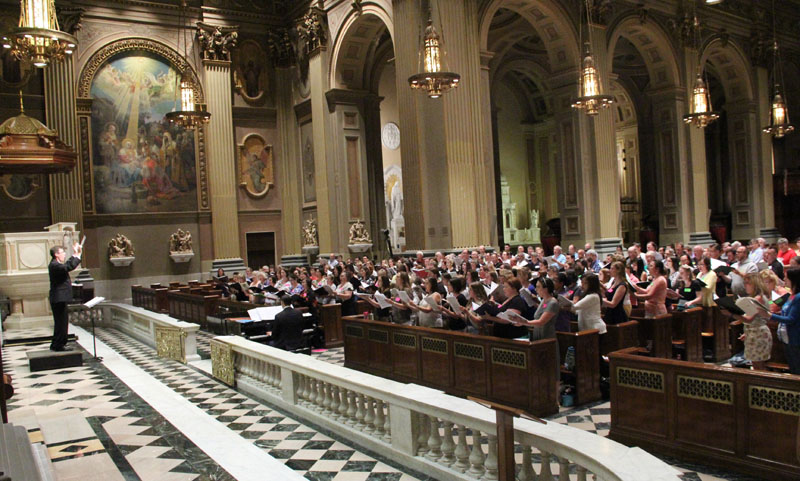 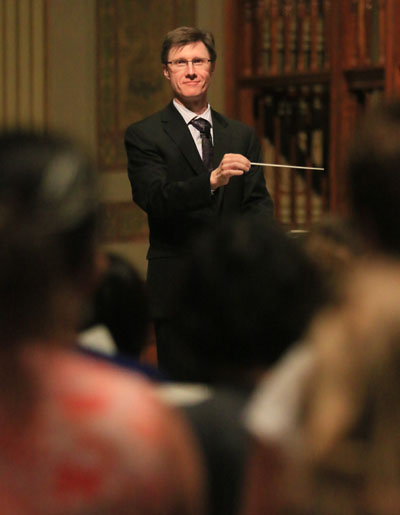 David Kimock conducts the rehearsal of the Papal Choir. 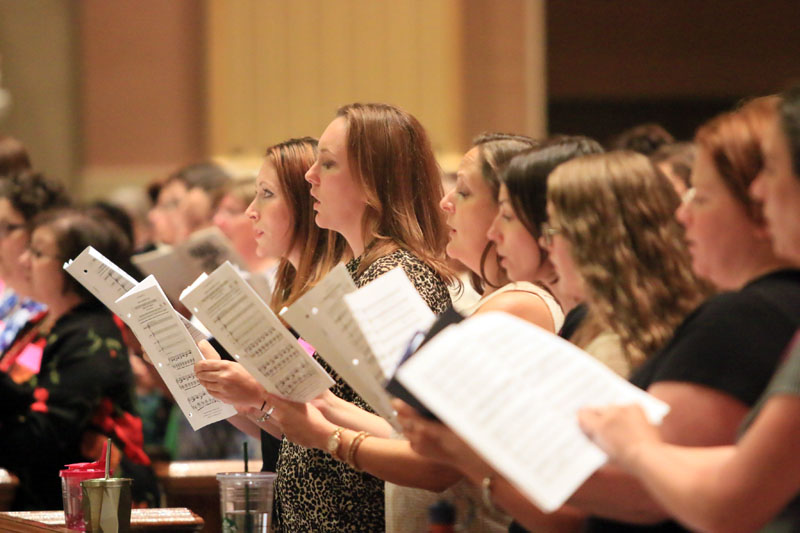 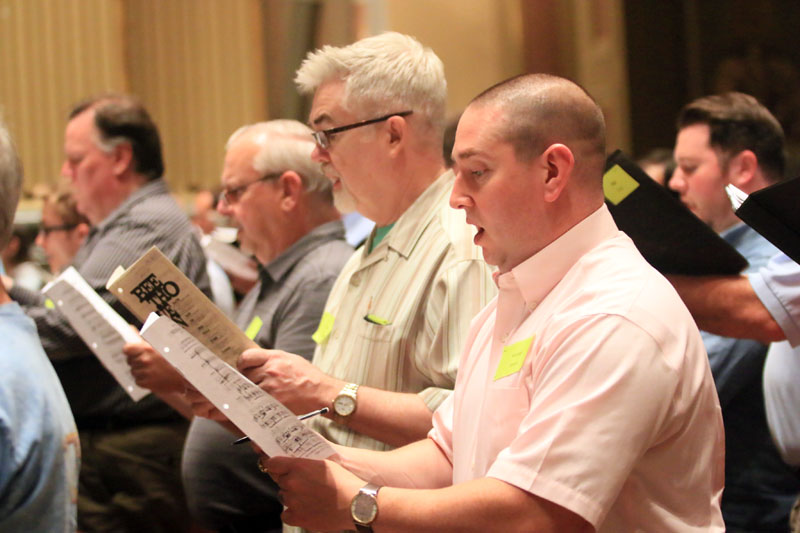 Michael Garozzo (right) joins the men’s section of the Papal Choir during rehearsal. 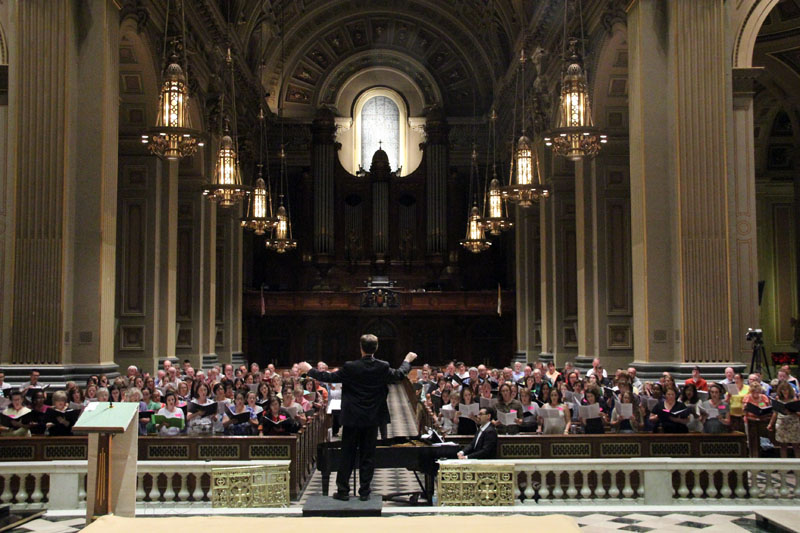 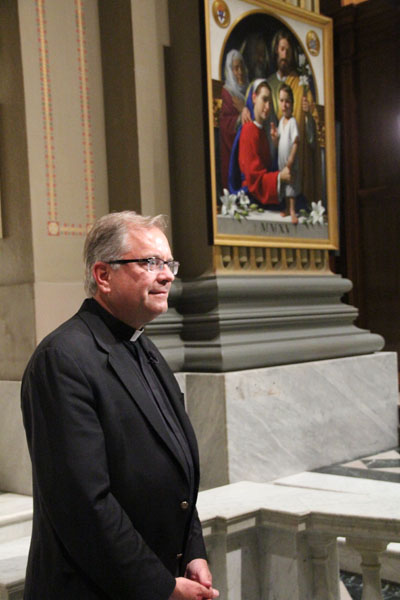 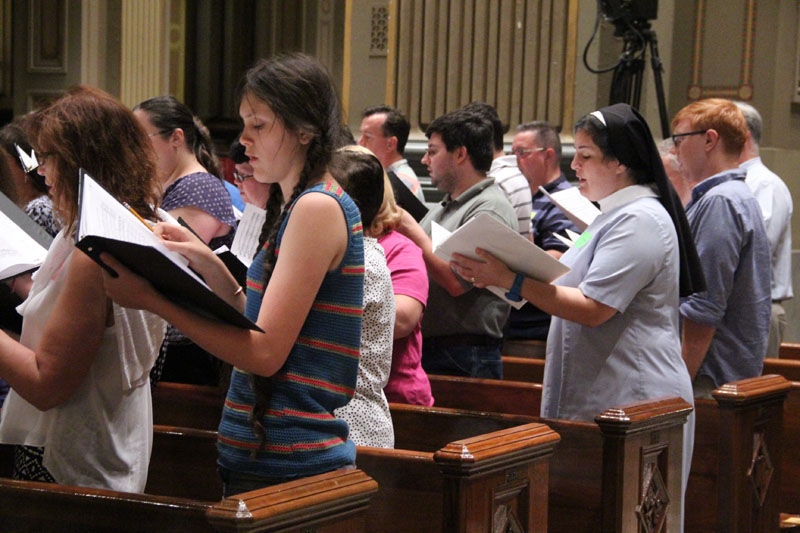 PREVIOUS: Pope Francis to use Abe Lincoln’s lectern in Philadelphia