Scenes from the Mass of the Lord’s Supper 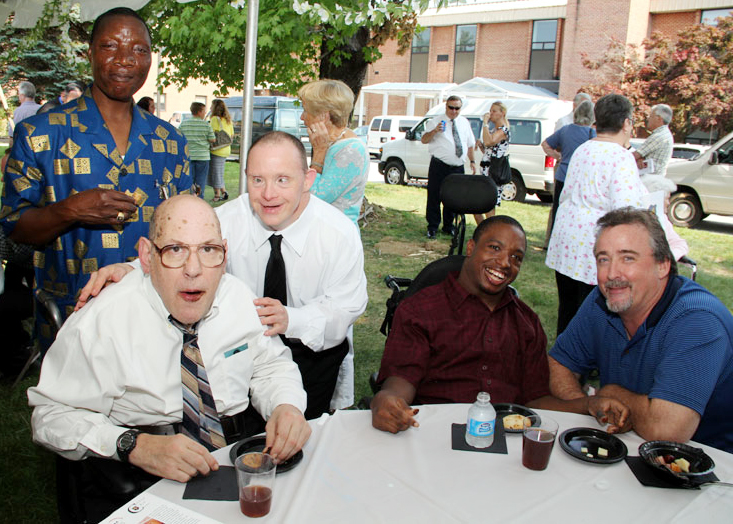 As the men of Don Guanella Village, an archdiocesan home for men with intellectual disabilities in Springfield, prepare to move to new community-based cottages, they and their family, friends and the facility’s staff celebrated Mass for the final time July 26 at Cardinal Krol Center on the Delaware County campus. (See the full story.)

The property on which the center sits was sold last year, a move that partly reflects the societal preference for group home living over large institutional settings for care. (Photos by Sarah Webb) 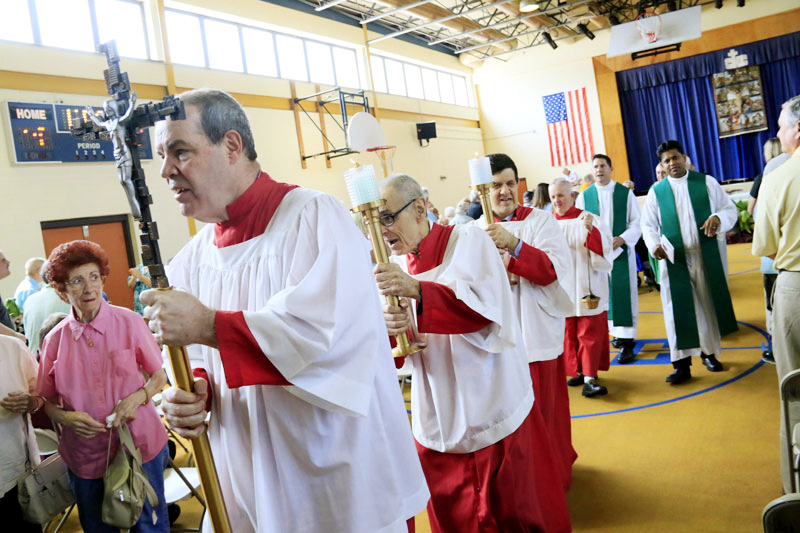 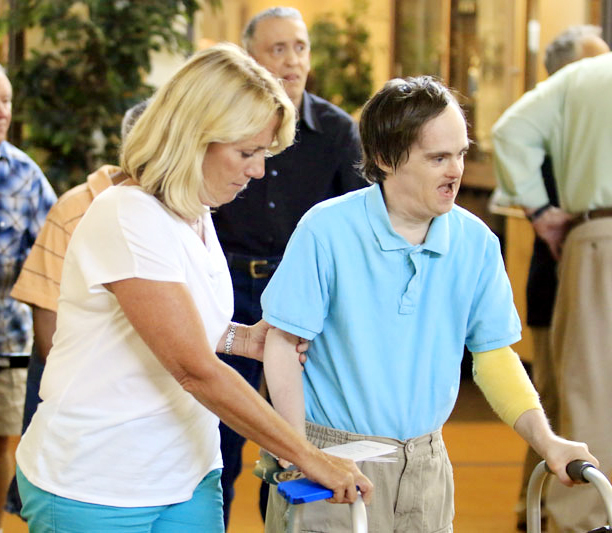 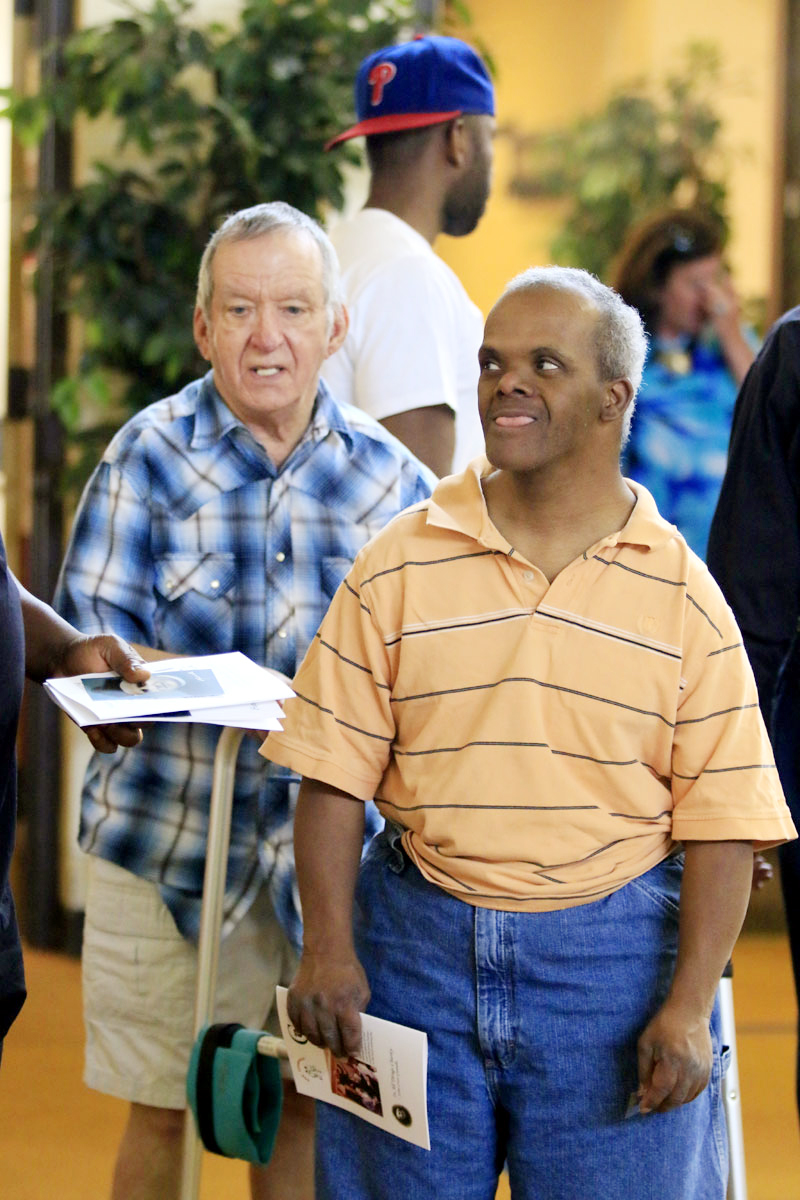 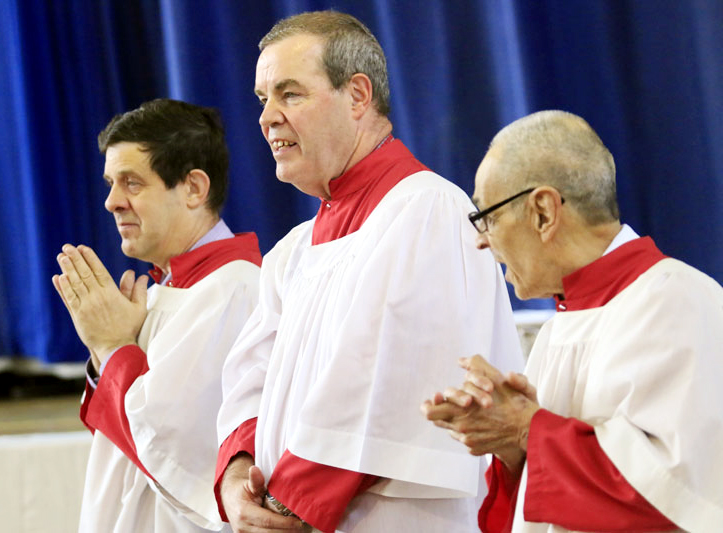 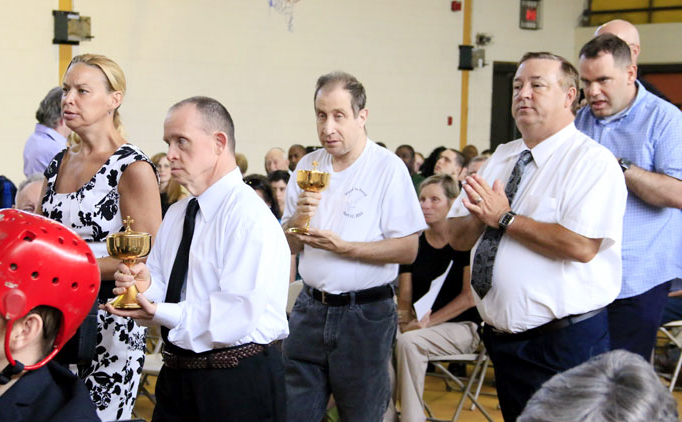 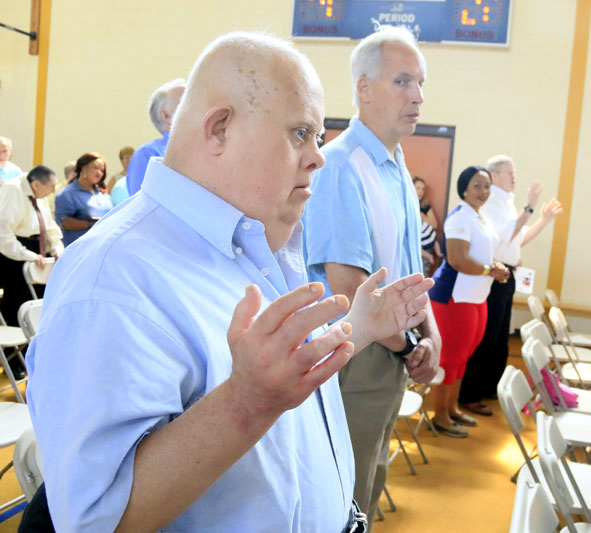 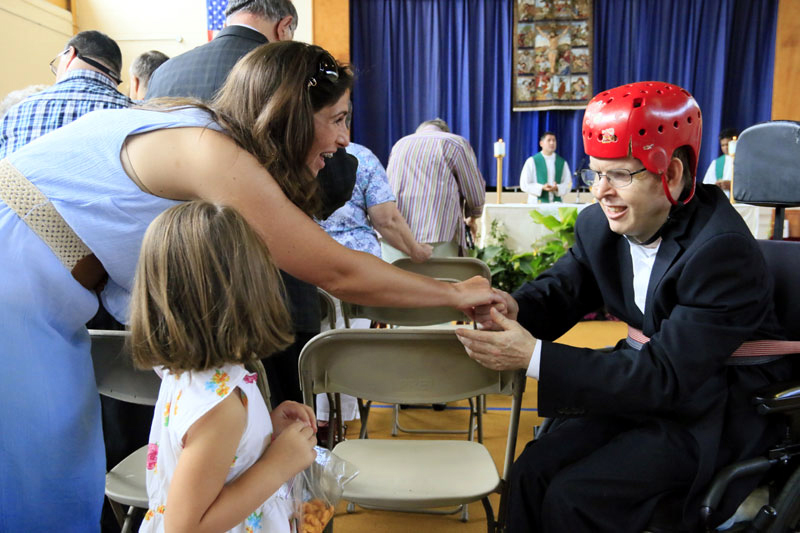 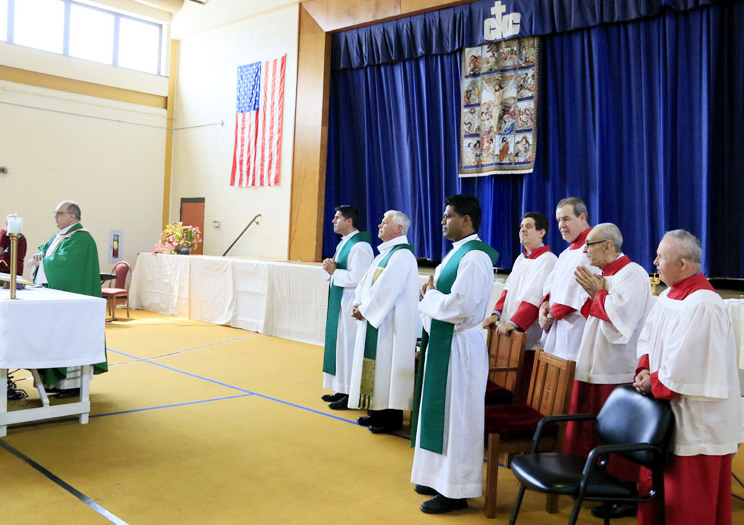 Servant of Charity Father Dennis Weber, left, celebrates the Mass with priest concelebrants and some men of Don Guanella Village as altar servers. 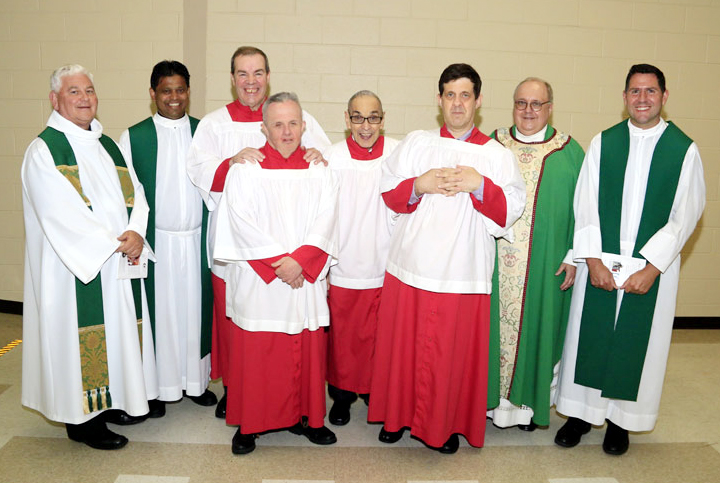 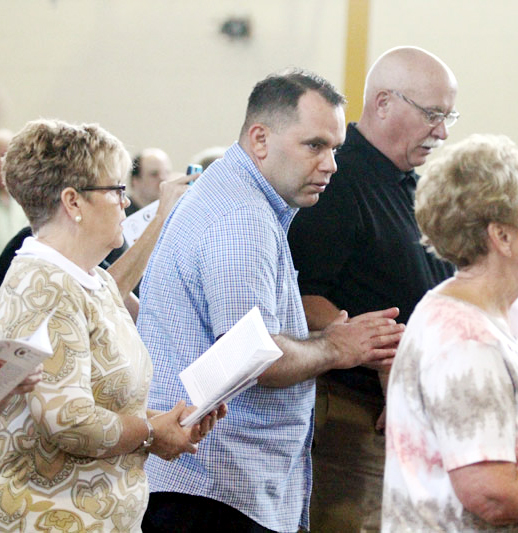 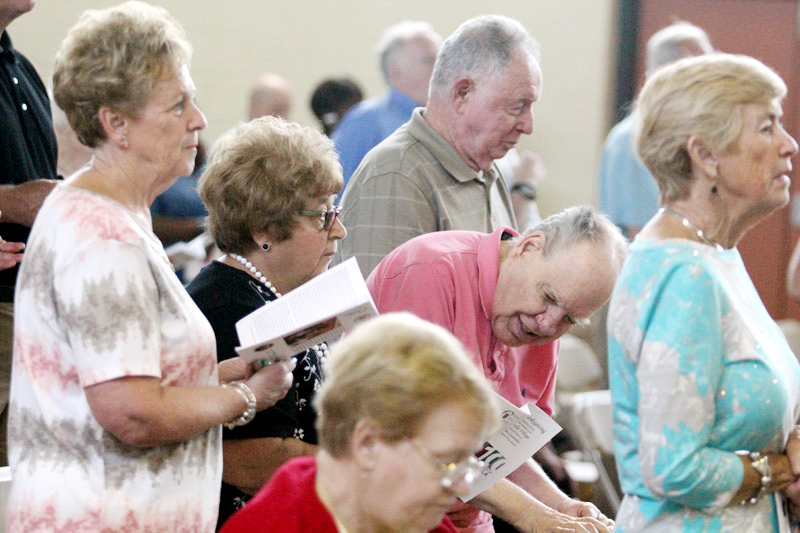 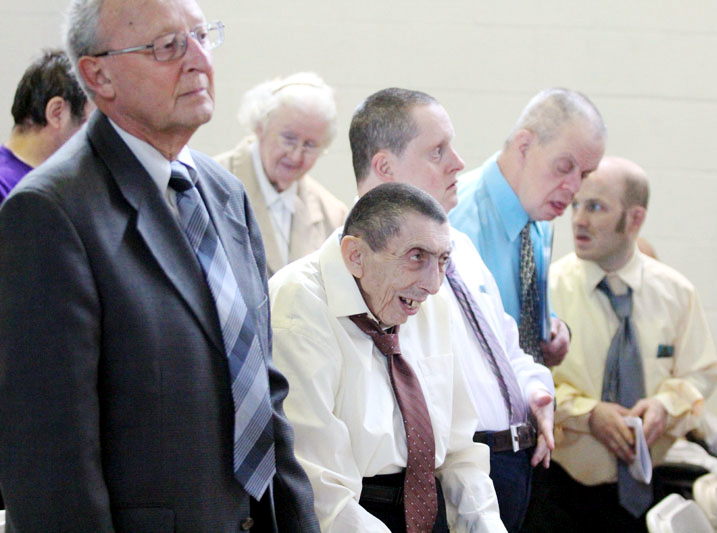 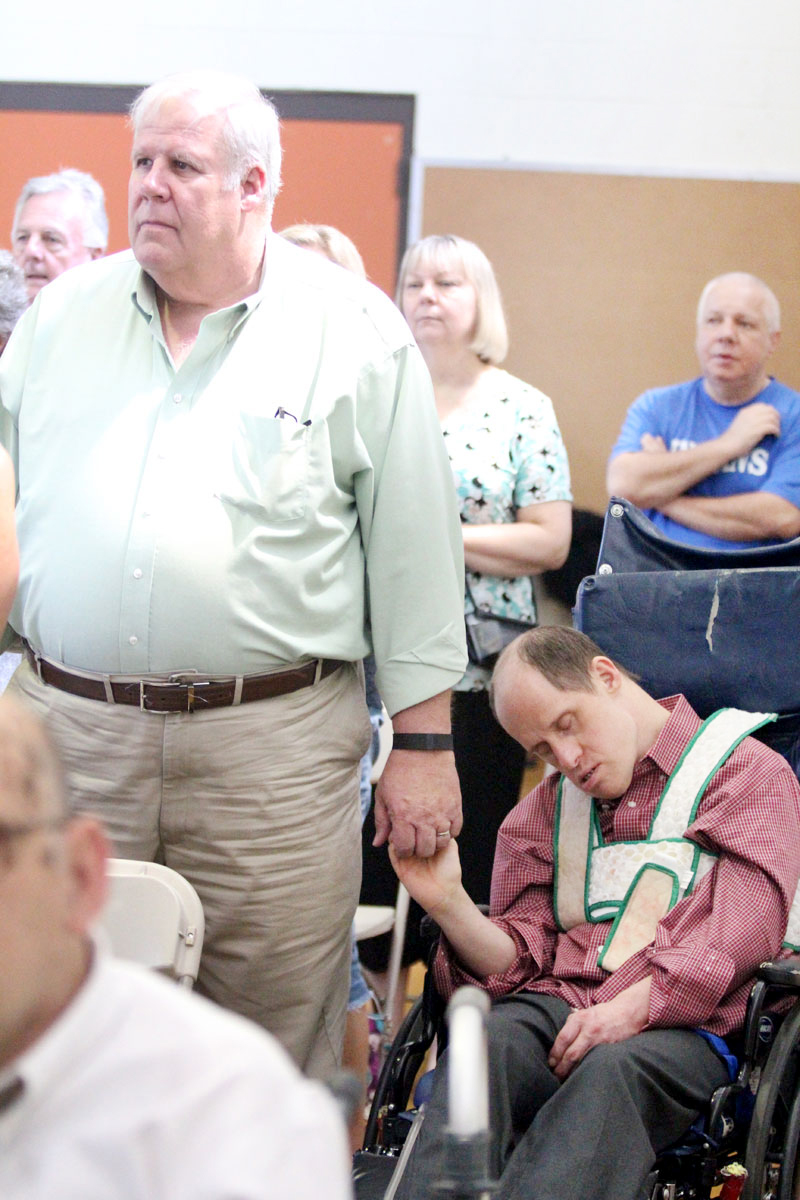 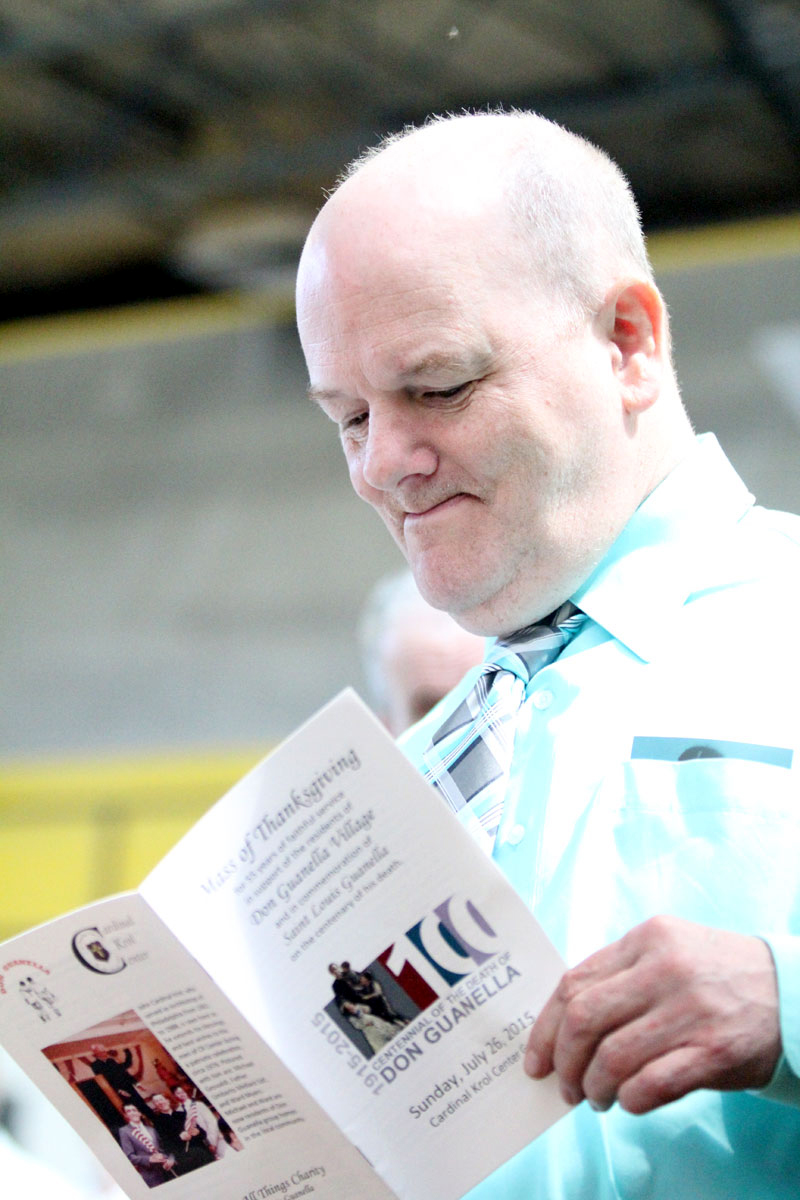 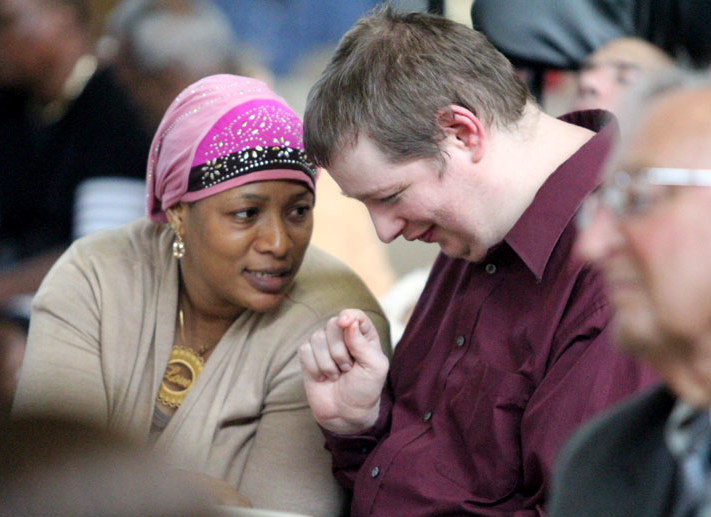 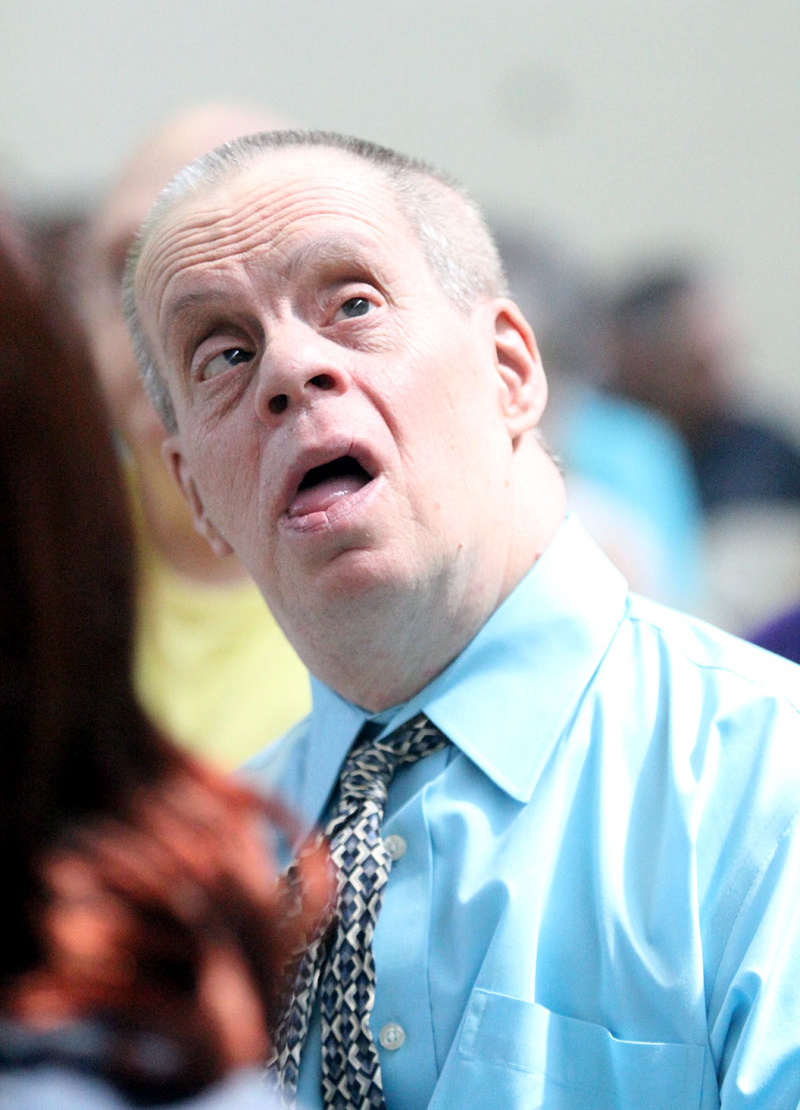 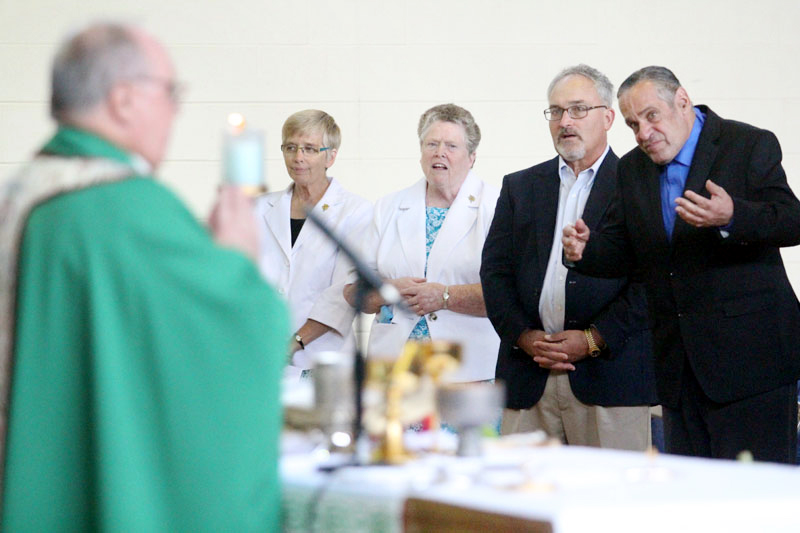 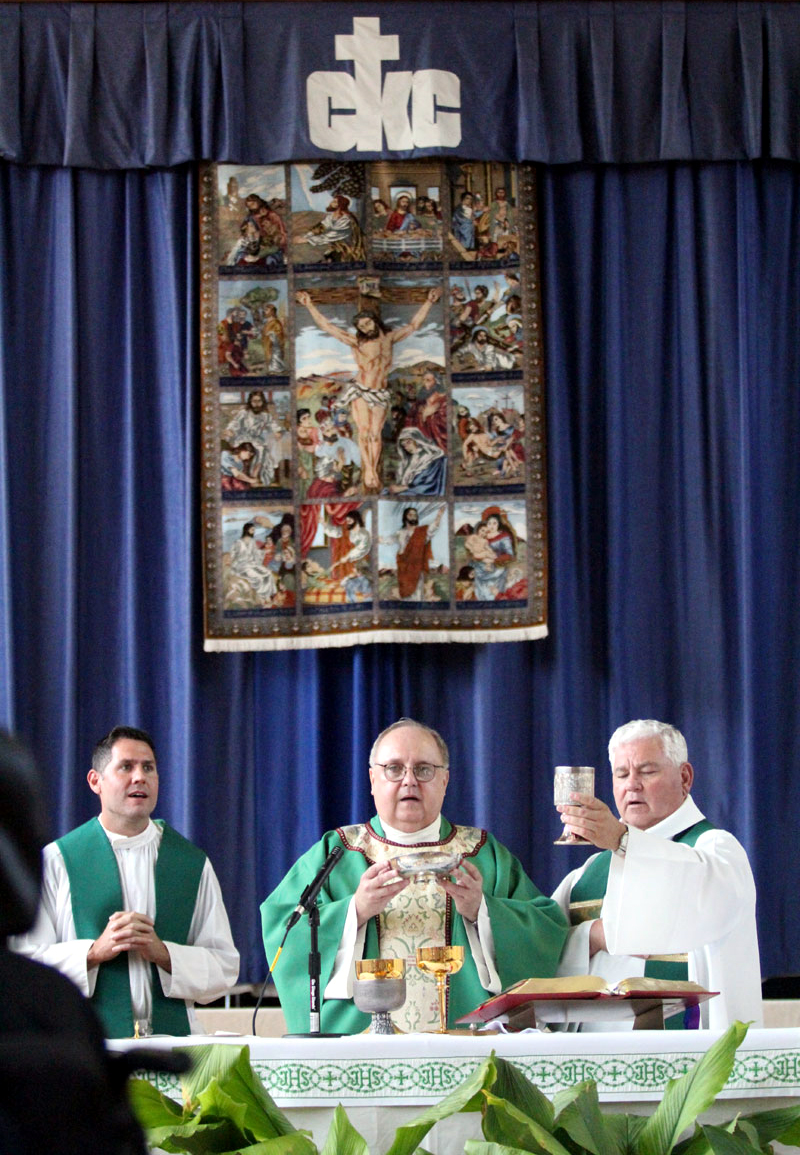 At the altar for Mass are, from left, Fathers Jim DeGrassa, Dennis Weber and Tim Judge. 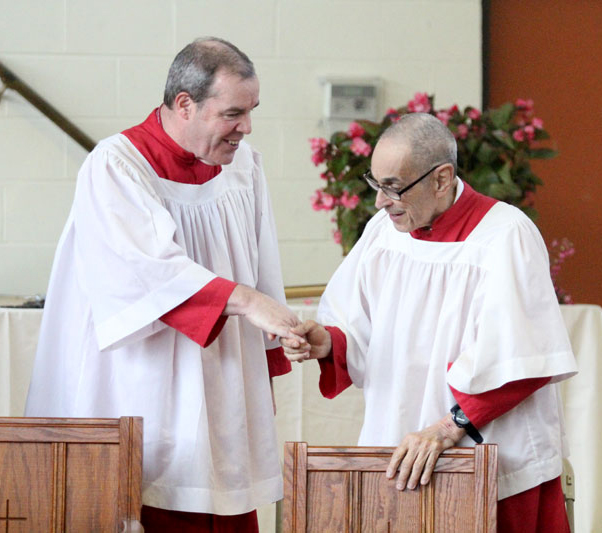 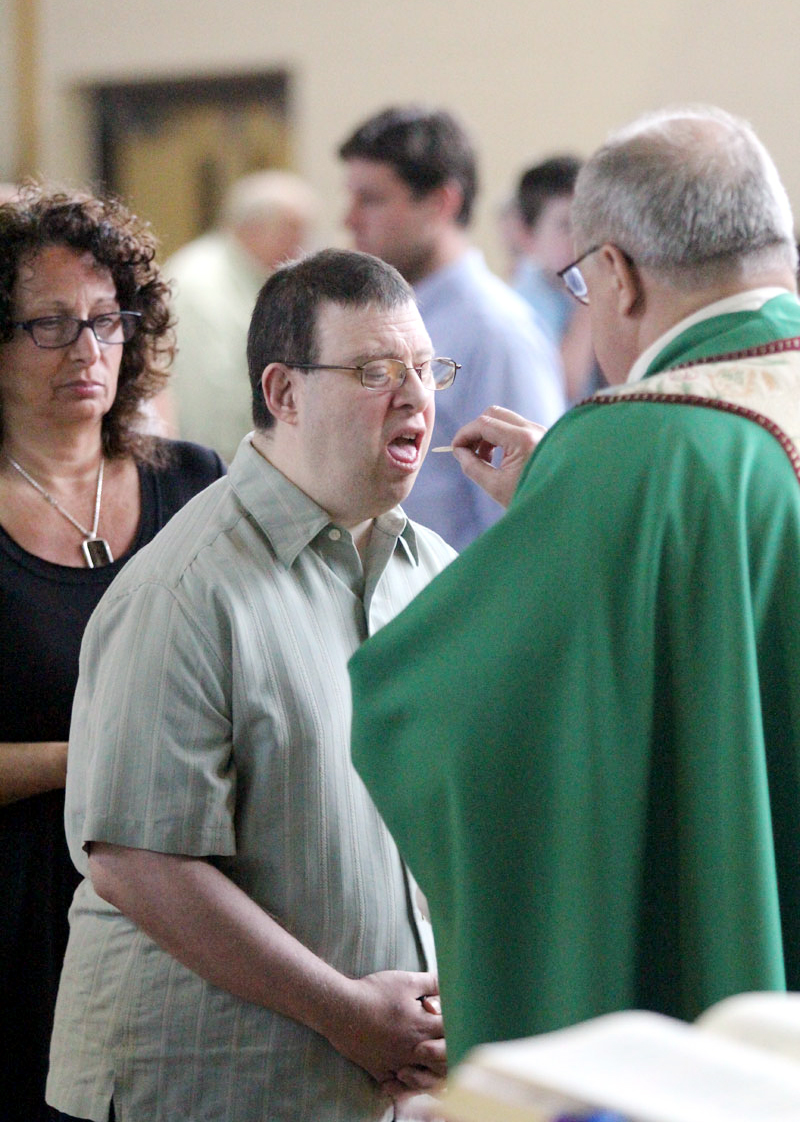 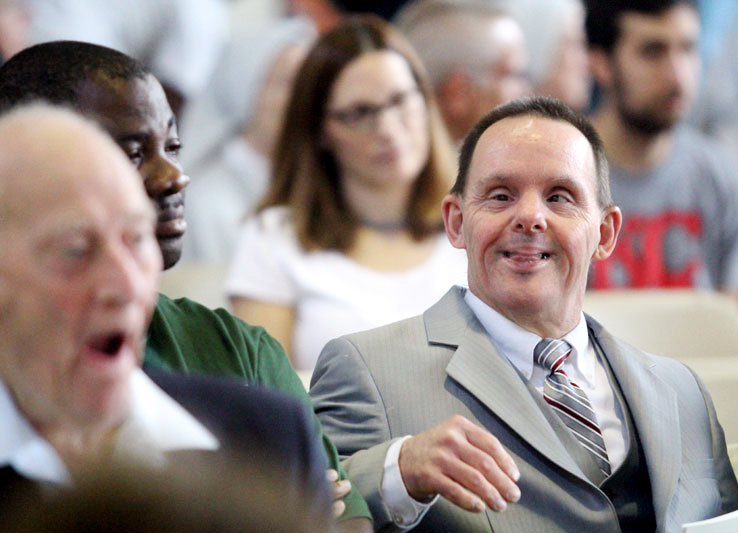 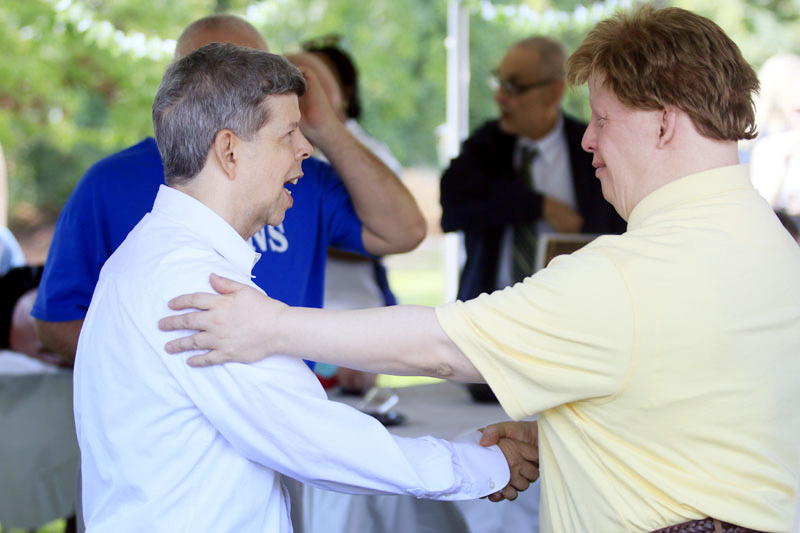 Don Guanella Village’s residents enjoyed an outdoor social together with family, friends, staff and volunteers after the Mass. 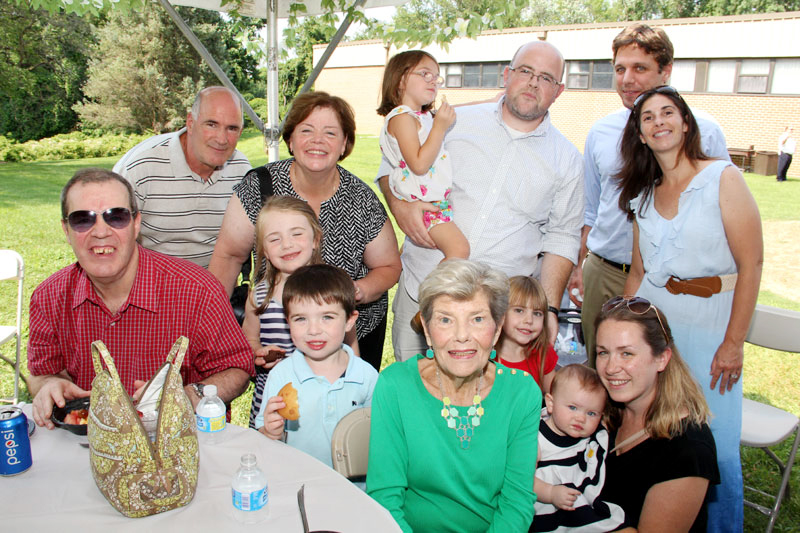 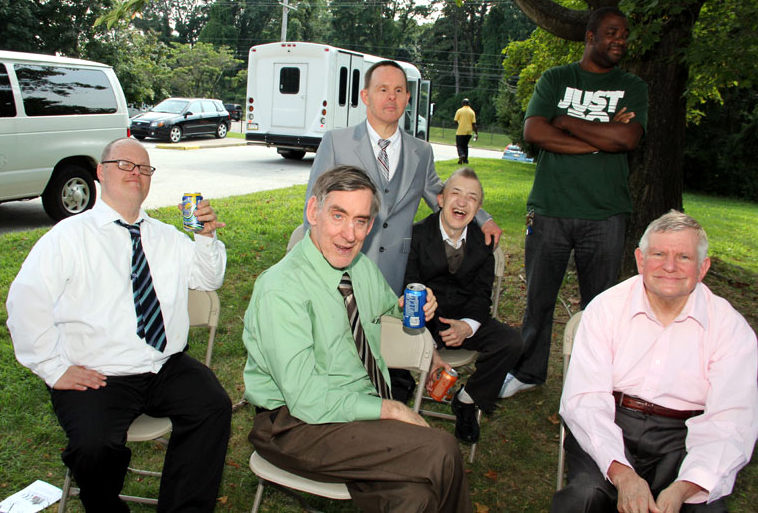 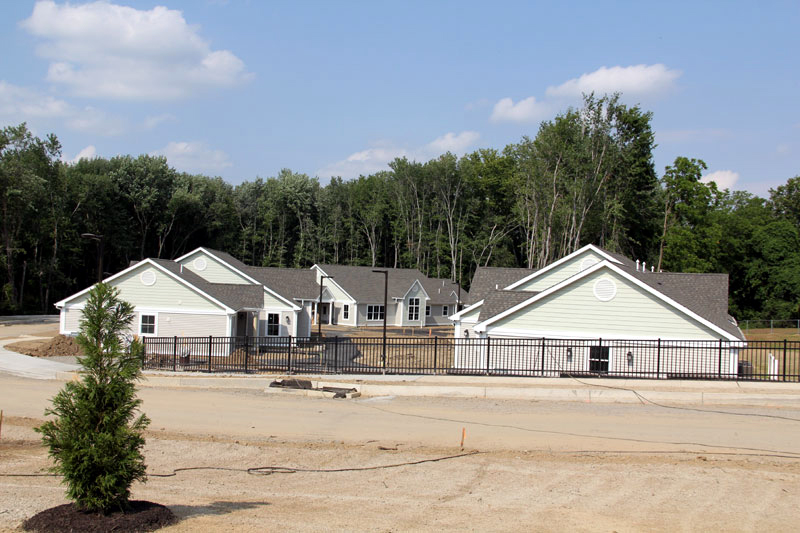 PREVIOUS: Across the Aisles: Closing of the St. Anne novena

NEXT: Across the ‘Aisles’: Red Hill Farm