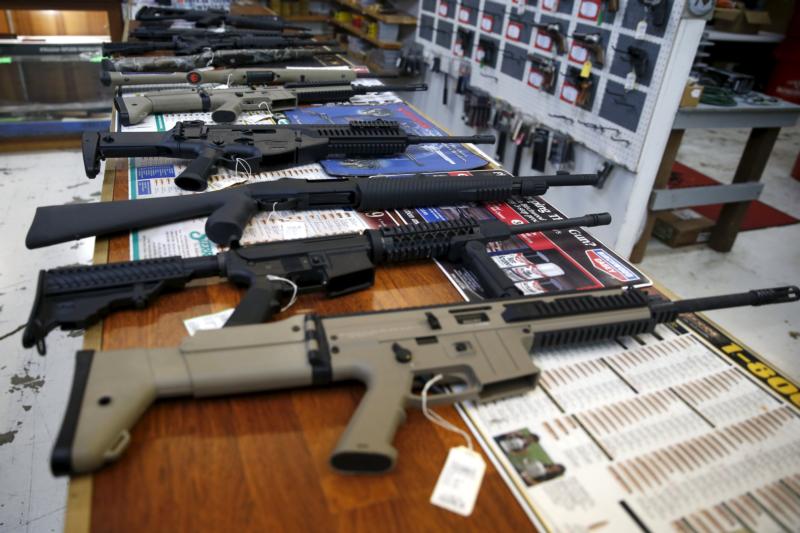 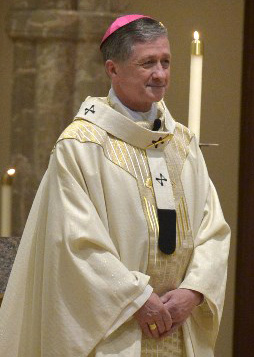 CHICAGO (CNS) — Archbishop Blase J. Cupich of Chicago, saying it is time to “take meaningful and swift action to address violence in our society,” called for stricter gun control laws in Illinois.

“Recently, the city of Chicago adopted a tough ordinance to tightly regulate gun stores here. I applaud Chicago’s leadership for taking this important step to protect our children and families,” Archbishop Cupich said in a commentary published Oct. 9 issue in the Chicago Tribune.

“For this measure to truly be effective, however, the General Assembly must pass a similar law, especially considering how many guns are sold in gun shops located outside of Chicago,” he added.

“Let’s be honest. The Second Amendment was passed in an era when organized police forces were few and citizen militias were useful in maintaining the peace. Its original authors could not have anticipated a time when the weapons we have a right to bear now include military-grade assault weapons that have turned our streets into battlefields,” Archbishop Cupich said.

“The Second Amendment’s original intent has been perverted by those who, as Pope Francis recently commented, have profited mightily. Surely there is a middle ground between the original intent of the amendment and the carnage we see today,” he added, noting that during the pope’s address Sept. 24 to Congress, many “stood … to applaud Pope Francis’ call for an end to the weapons industry that is motivated by ‘money that is drenched in blood.'”

Archbishop Cupich called the combination of a ready supply of firearms, the glamorization of crime, “a society where life is cheap” and untreated mental illness “a recipe for tragedy.”

He cited the Oct. 1 massacre at Umpqua Community College in Oregon, where nine people were murdered and another nine wounded because the victims had “the misfortune of simply being at school,” as well as “nearly a dozen” who had died from gun violence in the Archdiocese of Chicago in a recent two-week stretch, as well as “those injured, maimed and traumatized … simply too many to count.”

Among those wounded, Archbishop Cupich said, were “10- and 11-month-old infants. Princeton Chew, the 11-month-old, will not remember his grandmother or his mother, who both died in the Back of the Yards (a Chicago neighborhood) shooting. He will never know the brother or sister his mother carried.”

The U.S. Conference of Catholic Bishops has called for “reasonable regulation and controls for guns, especially handguns,” as well as a ban on assault weapons.

“After the 2012 murders of 20 first-graders and six staff members at a Newtown, Connecticut, elementary school,” Archbishop Cupich said, “the USCCB sent testimony to Congress the following year. ‘This is the moment,’ said the USCCB spokesperson who testified before Congress, ‘to push for better gun controls. We want to build a culture of life and confront the culture of violence.’

He said, “It is no longer enough for those of us involved in civic leadership and pastoral care to comfort the bereaved and bewildered families of victims of gun violence. It is time to heed the words of Pope Francis and take meaningful and swift action to address violence in our society. We must band together to call for gun control legislation. We must act in ways that promote the dignity and value of human life. And we must do it now.”

NEXT: Nebraska bishop asks for prayers for burglar who stole his pectoral cross