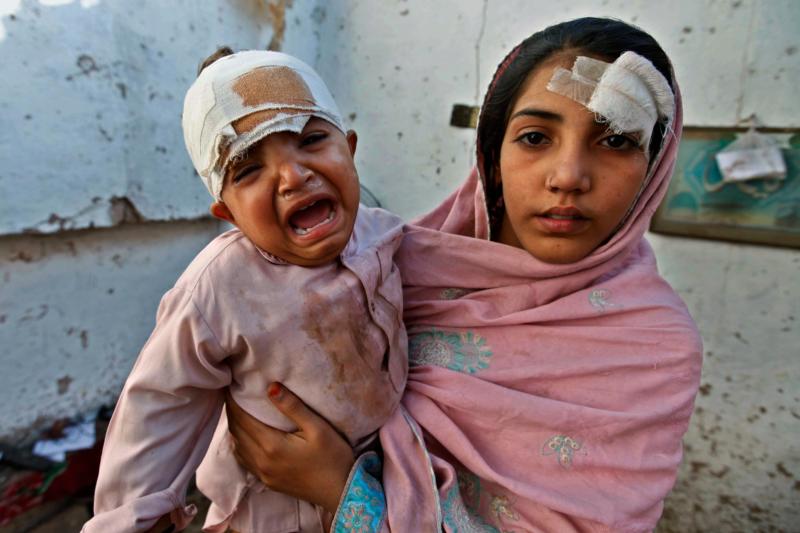 A Pakistani woman holds an injured child in their home Oct. 26 following a magnitude-7.5 earthquake in Peshawar, Pakistan. As the death toll from the earthquake in Pakistan and Afghanistan continued to rise, Pope Francis called for prayers and concrete aid for survivors. (CNS photo/Bilawal Arbab, EPA)

VATICAN CITY (CNS) — As the death toll from an earthquake in Pakistan and Afghanistan continued to rise, Pope Francis called for prayers and concrete aid for survivors.

“Let us pray for the dead and their relatives, for all those who are wounded and the homeless,” he said at the end of his general audience in St. Peter’s Square Oct. 28. He asked that God offer consolation and courage to those who were suffering and struggling.

He asked that “these brothers and sisters not be lacking our concrete solidarity.”