Synod members disagree on report’s opening to Communion for remarried 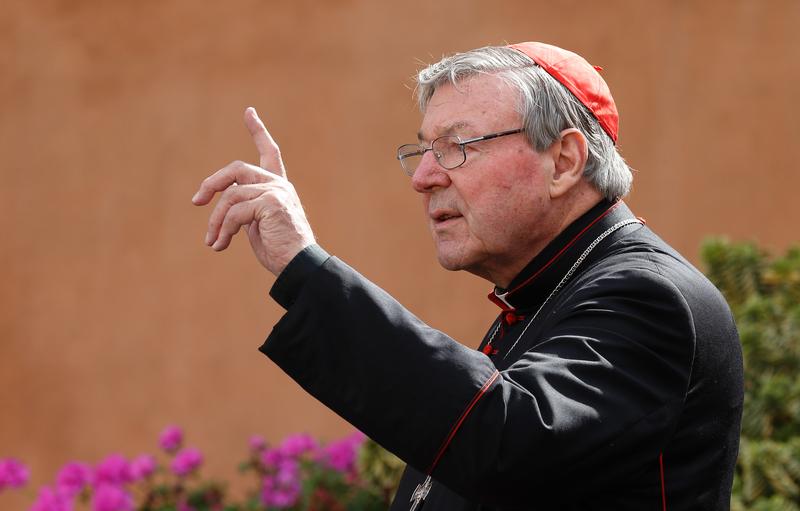 VATICAN CITY (CNS) — Australian Cardinal George Pell said the final report of the Synod of Bishops on the family did not create an opening for the divorced and civilly remarried to receive Communion.

Other synod members took a different view and acknowledged that the paragraph in question was being read differently.

“The text has certainly been significantly misunderstood,” Cardinal Pell, prefect of the Vatican Secretariat for the Economy, told Catholic News Service Oct. 25.

“There is no reference in paragraph 85 or anywhere in the document to Communion for the divorced and civilly remarried; that is fundamental,” he said.

But other synod members said the text represented an opening to discernment, on a case-by-case basis, of the possibility of eventual absolution and Communion for some divorced and civilly remarried Catholics.

Cardinal Reinhard Marx, president of the German bishops’ conference, told reporters the final report marked “a real step forward” in the pastoral care of the divorced and civilly remarried.

Cardinal Andre Vingt-Trois of Paris said the document is firm in saying “there can be no general rule that applies equally” to all the divorced and remarried without considering their personal situations.

Austrian Cardinal Christoph Schonborn of Vienna told reporters the final report was not a blanket “yes or no” to Communion for the divorced and civilly remarried, but a call to careful discernment, recognizing that the amount of blame different people bear for a broken marriage and the different situations which led them to remarry vary widely. Therefore, the consequences in terms of absolution and Communion vary as well, he said.

In response to such interpretations of the final report, Cardinal Pell said that “the discernment that is encouraged in paragraph 85 in these particular matters has to be based on the full teaching of Pope John Paul II” and the teaching of the church in general.

Cardinal Pell said the document’s mention of the “internal forum,” which involves the primacy of one’s conscience before God in determining if access to the sacraments is possible, “cannot be used to deny objective truth.”

The ban on Communion for civilly remarried Catholics, he said, “is implicit, really present in the document, but not spelled out as much as some of the fathers would like.”

The paragraphs in the synod’s final report that deal with the question of pastoral care for civilly remarried Catholics received the largest number of “no” votes, but still gained the necessary two-thirds majority.

Cardinal Pell said the synod fathers could have achieved “an even deeper consensus with a bit more clarity.”

The synod members themselves recognize the document is being read differently, said Archbishop Laurent Ulrich of Lille, France. Although no paragraphs were struck down in the final vote, “points of resistance remain,” he said.

Cardinal Vincent Nichols of Westminster, England, told reporters Oct. 25 that the steps outlined in the text for “this pathway of discernment” are meant to ensure that a pastor avoids “the temptation of slapping on a quick plaster” while pain and resentment are “festering away,” according to a report on the Catholic Voices website.

“This pathway of discernment is to help them look through all those things with the eyes of faith and the eyes of God’s mercy,” Cardinal Nichols said. And the discernment called for means individual situations are not “prejudged or pre-empted.”

The Synod of Bishops is not a decision-making body; its deliberations and final report are meant to provide Pope Francis with reflections and advice. It was not immediately known whether Pope Francis would issue a postsynodal apostolic exhortation, as his predecessors often did.

Asked whether the pope will settle the issue of Communion and provide a definitive interpretation to the document, Cardinal Pell responded, “Whether he will or he won’t depends, I suppose, on how he sees this document; whether it is clear enough, whether it expresses adequately the mind of the church.”

“We don’t want it to be in the situation of some of the other Christian churches where one or two issues were fought about publicly for years and years and years,” Cardinal Pell said.

NEXT: Pope urges peace in Iraq; prays Christians no longer be forced to flee