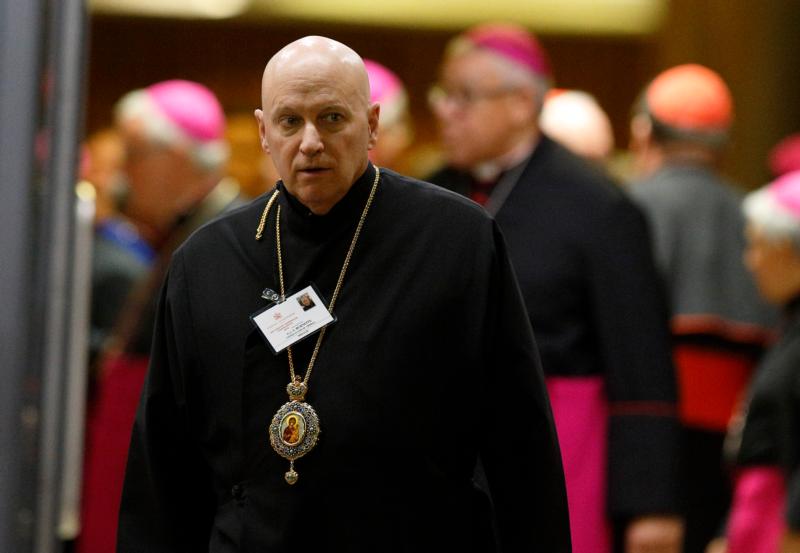 Bishop Kurt R. Burnette of the Byzantine Eparchy of Passaic, N.J., leaves the final session of the Synod of Bishops on the family at the Vatican Oct. 24. (CNS photo/Paul Haring)

VATICAN CITY (CNS) — Several hours before the final report of the Synod of Bishops was put to a vote, two U.S. bishops said that what is new is not the church’s message, but the synod’s emphasis and attitude toward the role of the family in the modern world.

Bishop Murry was among 45 prelates appointed by the pope to attend the synod. Bishop Burnette was invited to attend as a substitute for Bishop William Skurla, the head of the Byzantine Catholic Archeparchy of Pittsburgh five days before the start of the synod.

Both bishops spoke about a perception — an erroneous one, they said — that the final document would introduce change and reform, two words Bishop Murry said should be separated.

The synod report, Bishop Murry said, has a “new emphasis and a new focus” on the role of the family to remind them “of their essential role in passing on faith, in passing on culture and in being a symbol of God’s ongoing love and forgiveness.”

“To bring that together in one place, to articulate that clearly and unambiguously, I think is new,” the bishop said.

As for changes in procedures, for example, with regard to divorced and civilly remarried Catholics, Bishop Murry said, “That is not there, that was not the direction that the synod went.” 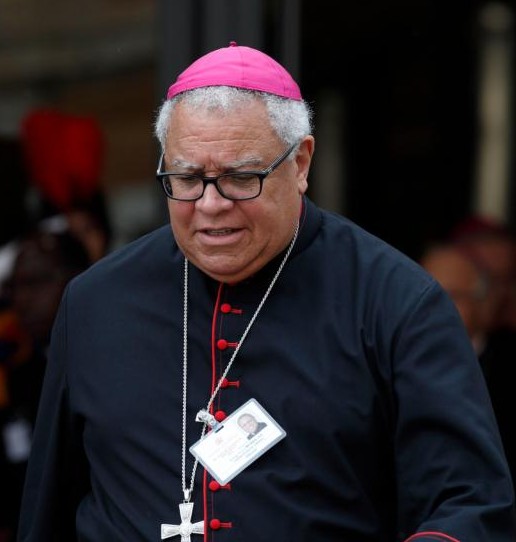 Bishop George V. Murry of Youngstown, Ohio, leaves a session of the Synod of Bishops on the family at the Vatican Oct. 14. (CNS photo/Paul Haring)

“The synod fathers recommended to the Holy Father that the expedited annulment process be used,” he said, “that it be more commonly used by people rather than saying we’re going to create a completely new way of handling these marriages where there is divorce and civil remarriage.”

Bishop Burnette agreed the report shows a “new attitude, a new emphasis” in facing the challenges in ministering to families. Based on his own pastoral experience, the Byzantine bishop said that it is not enough to tell people what’s wrong, rather a minister must tell them “that there is a way out” and “that God is open to them.”

“It’s not a different message, it’s a different emphasis, he said. “And I really believe that’s what Pope Francis is trying to tell people.”

“You don’t have to tell people they have something wrong; they know. Telling them that there is a way out is what they don’t know. That’s why they stay where they are instead of moving on,” he added.

The word “catholic,” he said, refers to parts of the faith that are universal and that “had come from Christ and the apostles,” and not the parts “expressed in individual cultures and traditions.”

The Eastern churches in union with Rome have a great deal of diversity and that “in that diversity there is a sense of unity,” Bishop Murry said. “I think that we can all learn something from that.”

PREVIOUS: Pope Francis preaches at Mass for close of Synod of Bishops