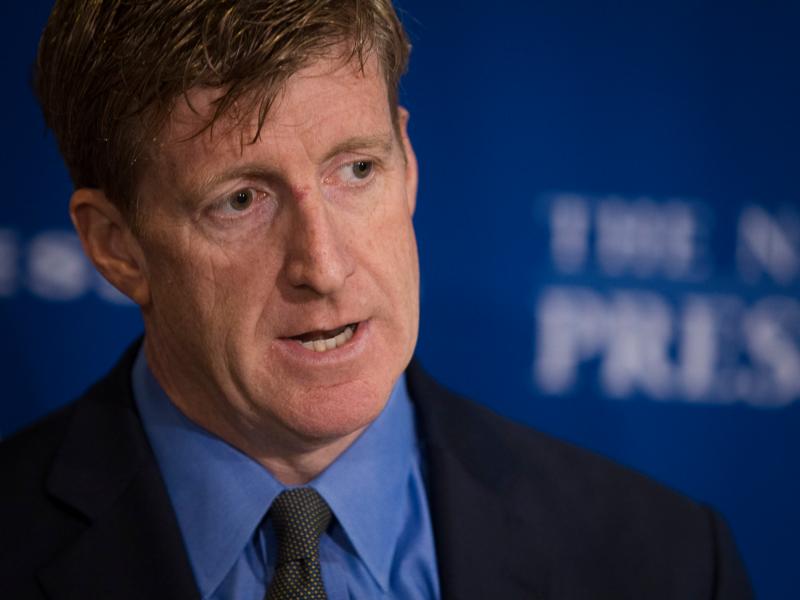 “We would never allow this to happen if this were any other physical illness,” said Kennedy, who represented a congressional district in Rhode Island for 16 years before stepping down in 2011.

Speaking Nov. 5 at the National Press Club in Washington, the Catholic Democrat said, “I don’t think there’s a family in this nation that isn’t touched by mental illness or addiction.”

Insurance companies, hospitals and government can all share in the blame, Kennedy asserted, for the current state of affairs.

“Treat the illness at stage one … instead of stage four,” he said. “It shouldn’t come down to whether we save money or not. This is a moral imperative.”

Kennedy recently wrote a book, “A Common Struggle,” on what he regards as inequities in mental health and addiction treatment. He also founded a website, www.nowcampaign.org, to help put the issue front and center in the 2016 election cycle.

He spoke of his efforts to get a bill passed in 2008 that addressed funding and access issues for mental health and addiction treatment.

The bill was called the Mental Health Parity and Addiction Equity Act. The bill would have required most group health plans to provide coverage for the treatment of mental illnesses in a comparable way to what they provide for physical illnesses. Kennedy said he became the bill’s lead sponsor because no one in the House with more seniority wanted to have their name attached to it.

While his House colleagues privately expressed their support, he added, the bill fell short of the votes needed for passage because “they were worried that if they did vote for it, they would be asked about it by the press back home” in their districts.

He specifically referred to House members who represented districts in “the Bible Belt, where they felt it (addition and mental health) was a moral problem, not a medical problem.”

Kennedy, who himself has dealt with cocaine abuse as a teen and alcohol problems as an adult, and who acknowledged in 2008 he suffers from bipolar disorder, said now is “a watershed time” to address these issues.

Currently, two bipartisan bills have been introduced in Congress, one in the House and one in the Senate, that could make it easier to get treatment and coverage for mental health issues.

He pointed to a recent New York Times article that highlighted a suicide rate among white males ages 45-55 that could “eclipse the peak of the AIDS epidemic.”

Kennedy added he was “extremely disappointed” by what he saw as a lack of leadership by President Barack Obama on the issue.

The health insurance industry won no raves either from Kennedy, son of the late Sen. Edward M. “Ted” Kennedy of Massachusetts. “The insurance companies are going to be the biggest beneficiaries of the efficiencies in the system” wrought by the Affordable Care Act, he said, but all those savings are “going in their pockets.” The elder Kennedy was a champion of health care reform.

Two of the largest states, California and New York, have won court battles to ensure greater equity in mental health treatment, Kennedy added, “but New York and California can’t be the only states that have successfully suited to stop discrimination in mental health care.”

The ultimate questions, he said, are “who’s got the power? Who’s got the money?” Kennedy added he would like to “mobilize those in recovery from addiction and mental health issues” to be public.

“We can be anonymous in our 12-step programs, but we can take a stand,” Kennedy said, noting that “Bill W.,” one of the founders of Alcoholics Anonymous, testified before Congress after the 12-step recovery program achieved its initial success in the 1930s.

NEXT: Supreme Court will hear appeals in HHS mandate cases