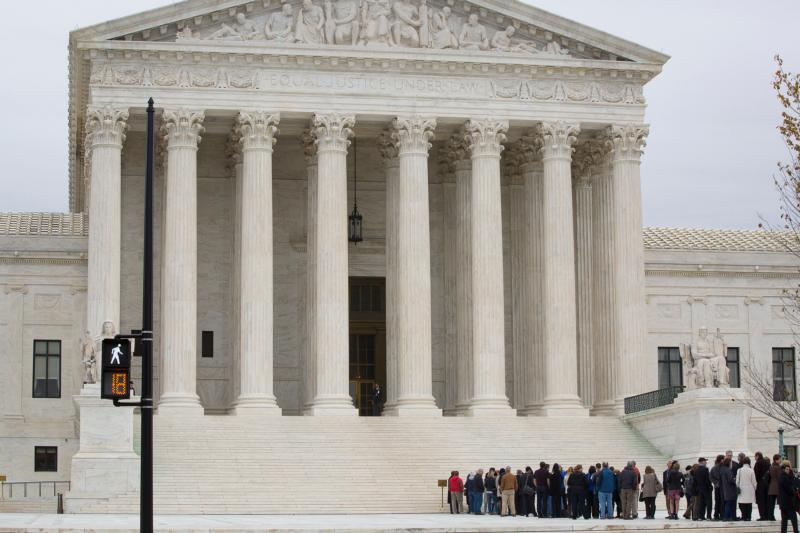 WASHINGTON (CNS) — The U.S. Supreme Court Nov. 13 said it will hear a challenge to two provisions of a Texas law regulating abortion clinics in the state.

The 2013 state law requires the clinics to meet the same standards as ambulatory surgical centers when performing abortions and also requires abortion doctors to have admitting privileges at a hospital near an abortion clinic.

It is the first abortion case the high court has taken in eight years. In 2007, the Supreme Court in a 5-4 decision upheld the federal ban on partial-birth abortion, which was signed into law in 2003.

“The abortion industry doesn’t like these laws because abortion clinics would be forced to spend money to meet basic health and safety standards,” said Carol Tobias, president of National Right to Life. “For them, this isn’t about ‘protecting’ the women they purport to help, it’s about preserving their cash flow.”

The challenge to the law was brought by a coalition of abortion providers. The case is Whole Woman’s Health v. Cole.

On June 9, the 5th U.S. Circuit Court of Appeals upheld the constitutionality of the law, and rejected pleas by abortion clinics to suspend its implementation while it is appealed. But June 29, the U.S. Supreme Court temporarily blocked Texas from enforcing new requirements on abortion clinics. The block will remain in place now until the high court rules sometime next year. No date was set on when the justices will hear oral arguments in the case.

The rule on abortion doctors having admitting privileges already has gone into effect.

Opponents of the law say its aim is to close abortion clinics and has created an “undue burden” on the right of women to have an abortion. An AP story said that more than half of Texas’ 41 abortion clinics closed when the admitting privileges requirement went into effect.

It quoted Nancy Northrup, president and CEO of the Center for Reproductive Rights, as saying that Texas and other states have enacted what she termed “sham laws” to restrict abortion access, and claimed the Texas law doesn’t “advance women’s health” but “undermines it.”

National Right to Life in a news release said that under the 5th Circuit’s ruling, every metropolitan area in Texas that currently has an abortion facility operating would still have that facility open.

“If an abortionist closes up because he can’t meet these most basic medical standards, that’s a good thing for the mothers who would be targeted and the unborn children who would be killed,” Tobias said in a statement.

The bishops “grieve for the unborn children who will continue to die, and are concerned for the mothers who will subjected to substandard care, while the court delays until the fall to resolve this issue,” a conference statement said.

“While the Texas Catholic Conference opposes abortion, it equally values protecting and preserving the health of women, whose lives and dignity are just as precious as those destroyed by the act of abortion,” the statement said.

NEXT: Bishops elect Msgr. Bransfield as general secretary of USCCB