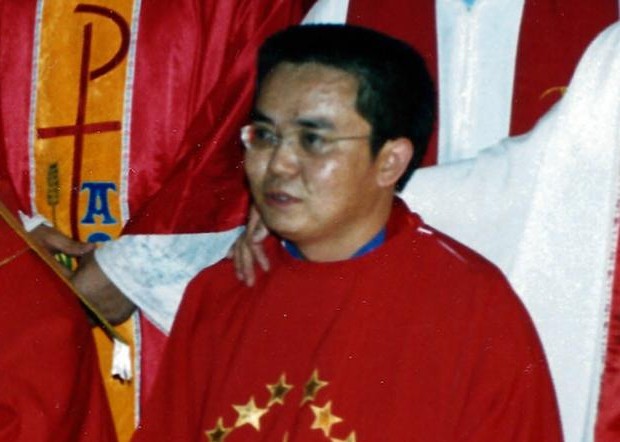 Father Pedro Yu Heping, also known as Wei Heping, is seen in this undated photo. On Nov. 11, police informed the family that the priest's body had been found in the Fen River. (CNS photo/courtesy The Cardinal Kung Foundation)

HONG KONG (CNS) — A Catholic priest who once operated a website that ran afoul of Chinese authorities has died under mysterious circumstances.

On Nov. 11, police informed the family of Father Pedro Yu Heping, also known as Wei Heping, that the priest’s body had been found in the Fen River, a tributary of the Yellow River that flows through Shanxi province, reported ucanews.com.

Father Yu’s body was found Nov. 8, a day after the priest was supposed to be arriving in Xingcheng, in northeastern Liaoning province.

Church leaders from different parts of China and faithful who were close to the priest gathered in Taiyuan, Shanxi’s provincial capital, where his body was found, hoping to get more information.

“Two nuns saw Father Yu off for a bus to the train station in Taiyuan on Nov. 6,” said a source, who asked to remain anonymous. “Various church members were still able to talk to him over the phone that day.”

Father Yu was expected to appear in Xingcheng in the afternoon of Nov. 7 to join a catechetical meeting, but he did not show up. Earlier in the day, a nun received a text message from Father Yu’s mobile phone. The message contained only one Chinese character — bie, which could be interpreted to mean “farewell” — the source said.

“No one believed Father Yu, as a dedicated priest, would commit suicide,” the source told ucanews.com. “But now even a postmortem is not trustworthy.”

Father Yu, 40, was the first webmaster of Tianzhujiao Zaixian, a popular Catholic web portal established in early 2000. Because of the time difference between Europe and Asia, he and his team could translate news from the Vatican in a timely manner, leading the unregistered website to become very popular among Chinese Catholics.

However, the website’s popularity drew attention from Chinese authorities, and it was subsequently shut down. Father Yu claimed he was no longer involved with the website after it reopened in 2003.

Father Yu was born in Shanxi. He studied at Baoding seminary in Hebei province from 1993 until 1997. He was ordained a priest of Ningxia diocese in 2004.

He furthered his studies at the Pontifical Bolivarian University in Medellin, Colombia, and at the Pontifical University of Salamanca in Spain. After earning master’s degrees in church social teachings in 2006 and in canon law in 2007, he returned and taught in various seminaries in China.

In recent years, Father Yu was active in publishing a theological journal and conducting research at several cultural institutes in China. He also brought young Catholics to preach and serve in remote areas.